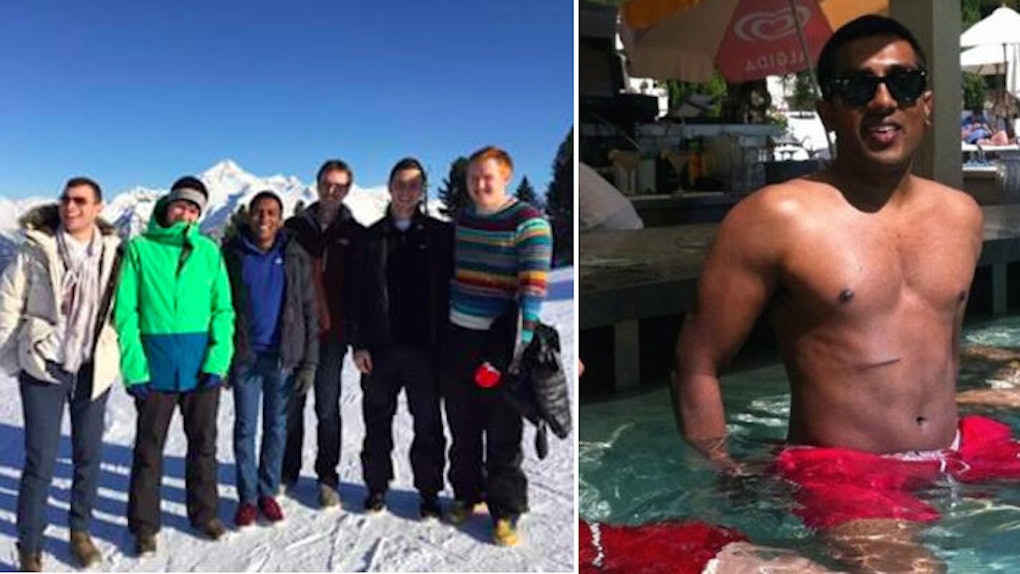 Man Dies After Friends Throw Him Overboard At Bachelor Party

The bachelor party was on a yacht in Portugal. At this time, a guest decided to toss Nishanthan – the best man – overboard as a joke. Authorities believe he hit his head on the way down and drowned while unconscious.

His friends immediately dove in after him, but to no avail.

"I got married about a year earlier," said the groom, Youssef Ismail. "But we were doing a one-year anniversary party for friends and family because they weren't there. Nish was my best man."

Nishanthan was pushed into the water by his friend Andre Van Eck, who allegedly asked the boat's captain if it was safe beforehand.

I went to see the captain and said, 'Look, somebody needs to go overboard. Is it all right if I chuck the best man over?' He said, 'It's a bit dangerous when the boat's moving because someone might get dragged under.'

When the boat stopped, Andre asked again. The captain allegedly said, "No problem."

I picked him up and threw him over. I think he grabbed one of the rails, swung back on himself and hit the side of the boat.

Ismail explains what happened from his point of view:

Nish ended up in the water and hit his head on the way in. Everyone was like 'Oooh.' I jumped in, so did Andre, but we couldn't find him. I think we were on our first beer. We didn't see it, we heard it. We half expected him to be messing around, to be honest with you.

Dr Michael Heath – the forensic pathologist who conducted the post-mortem – explained it was "quite likely that there had been a head injury." But considering how long Nishanthan had been in the water, he could not say for sure.

Nishanthan's body was found approximately a mile away from where he disappeared.

In the end, the coroner in the case put any notion of foul play to rest:

I accept the cause of death as immersion in water. My final conclusion is that I am entirely satisfied that this was misadventure.

I have no doubt they will live with this terrible moment for the rest of their lives and that it was an accident and there was absolutely no intention to cause the missing man any harm.