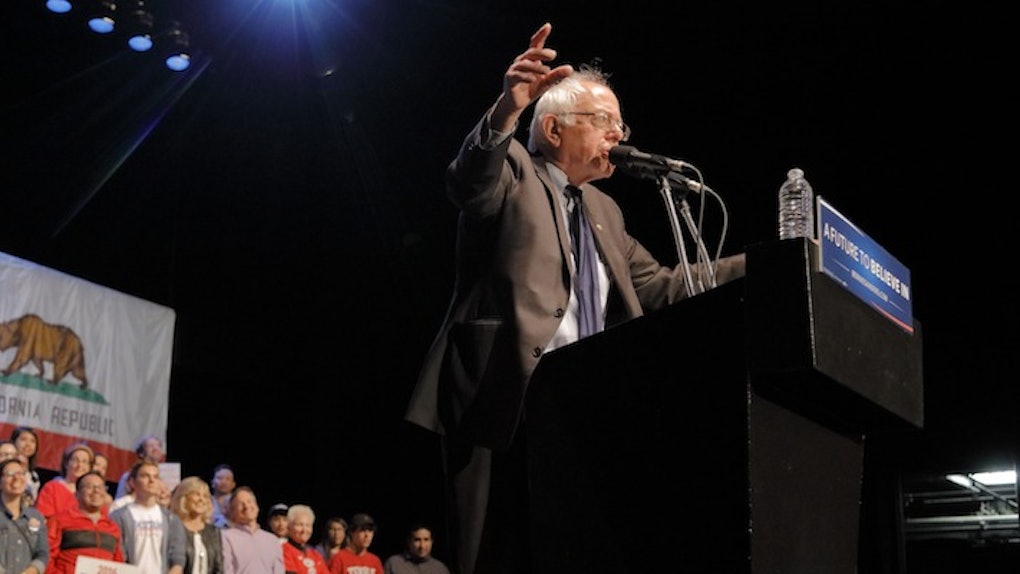 If you're a Bernie Sanders supporter based in Los Angeles, you've probably heard the good news.

With stickers, placards, lawn signs and other campaign swag going quickly, organizers began limiting the handouts to two items per supporter. And if, by any chance, the swag went out of stock, supporters could have always donated $4.20 to Sanders' campaign since it was 4/20.

Now that's how you put the grass in grassroots!

In addition to the Bernie gear, Los Angeles-based artist Paige Emery was commissioned to illustrate a massive, vibrant mural of Sanders which reads "Join The Political Revolution" on one of the walls in the new office.

In a recent interview with ABC 7, Michael Ceraso, the state director of Bernie 2016, reveals,

Los Angeles has a lot of support - a lot of Bernie support here. We really wanted to tap into that and say, 'How can we bring folks together?'

They hit the nail right on the head with a Hollywood office opening, that's for sure!

If you don't get a chance to visit the new HQ, don't worry; West Coast Sanders supporters plan to knock on over 30,000 doors throughout the state through the weekend.

We'll just have to wait and see what the outcome of all this hard work is when the primary election for the state rolls around on June 7!

Now, about that mural: