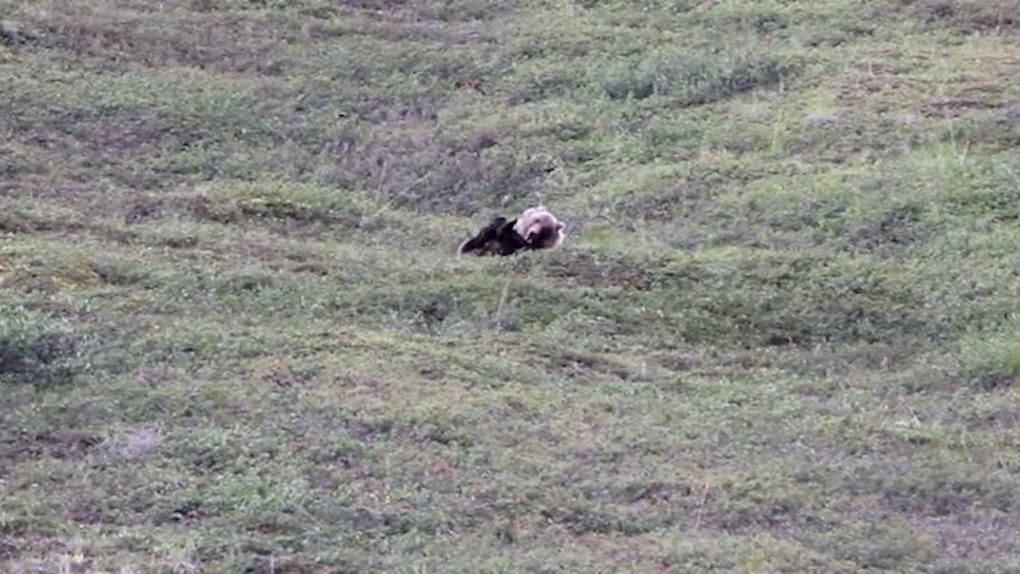 If you're a bear and you see a mountain, you KNOW it's only a matter of time until you roll down it.

I would even go as far as to say it's your God-given job to traverse that range using nothing but the kinetic energy you get by lying down on a decline.

This bear embraces its situation on that hill, and it is glorious.

Aside from the bear living its own life on its own terms, the best part of this video is the human commentary.

Early on, someone playing it cool joked the bear was probably drunk. He then noticed the only thing the bear was drunk on was life, and then changed his tone from joking to childlike wonder.

Shine on, bear. Shine on.

Citations: Grizzly bear is completely over it decides to just roll down a big hill (USA Today)