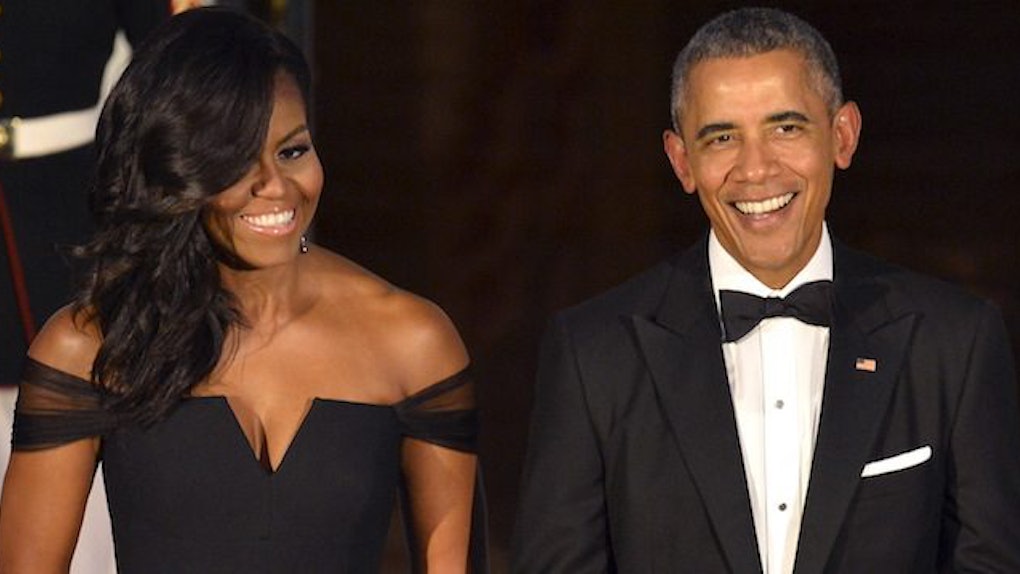 Barack And Michelle Obama Are Hiring Interns In DC

If you've ever dreamt about working for Barack and Michelle Obama, pack your bags and move to DC immediately because now's your chance.

Our beloved dynamic duo is currently hiring interns for their DC office, and students are scrambling to polish off their resumes and apply for a position.

I don't blame them. Who wouldn't want to work for Barack and Michelle?!

Can you say... badass bosses?

It's been reported The Office of Barack and Michelle Obama sent emails to former White House interns to announce their 16-week internship taking place at their office in DC from February 27 to June 16.

The email explains how the interns will be expected to do a "variety of different tasks, largely centered around correspondence," CNBC reports. No news on whether the position will be paid or unpaid.

Apparently, the office is looking for interns who "take initiative, manage their time well, have strong attention to detail, solid writing skills and the utmost commitment to public service."

In other words, be an Obama.

Before you get too excited and buy a one-way ticket to Washington, you should probably be aware of one teeny, tiny detail.

Applications were due on February 8, which means applicants can no longer apply to this internship in particular.

Before you get too upset, keep in mind this probably isn't going to be the only internship opportunity offered by the Obamas.

Plus, unless you were previously an intern at the White House, how would you have even known about the opportunity in the first place?

Let's be real, you probably wouldn't have... but now that you do, keep on checking the office's website for future opportunities you could get involved with.

As much fun as an internship with the Obamas sounds, I'm sure it's a lot of hard work, too.

I mean, based off the fact Malia Obama has been hard at work with her internship in New York City proves the fact Barack and Michelle don't mess around when it comes to molding the youth of the nation.

Still, an internship under the former president of the United States sounds like a once-in-a-lifetime chance you should definitely apply to if the opportunity arises again.

I wonder if kite-surfing is going to be in the curriculum.