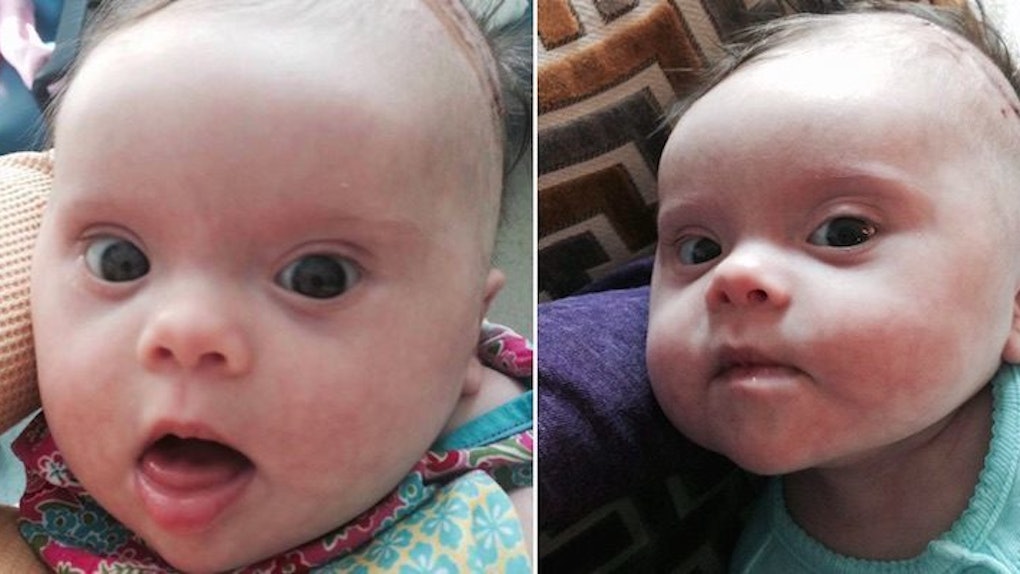 Abigail Jones is not old enough to understand the magnitude of what she experienced in her short life, but she found the strength to fight through it anyway.

The 2-month-old, born with Down syndrome, was diagnosed with a  malignant brain tumor while still in the womb, and doctors said it would've been too risky to operate, according to a Facebook post.

The Jones family took photos and planned Abigail's funeral only to find she was eating and gaining weight.

In an interview with WCVB Abigail's mother, Erika Jones, shared,

She was thriving. She was certainly not in any way, shape or form dying.

Rather than living with the “gut-wrenching pain” of waiting for their daughter's health to decline, Erika and Stephen Jones reached out for a second opinion.

Dr. Alan Cohen, the neurosurgeon-in-chief at Boston Children's Hospital, operated on baby Abigail Thursday morning to discover her tumor merely appeared malignant, but was, to her parents' relief, benign.

In a Facebook post, Erika thanked Dr. Cohen, insisting her daughter “couldn't have been in better hands.”

I have to brag on our amazing neurosurgeon, Dr. Al Cohen. Not only is he an incredibly gifted, brilliant, world renown... Posted by Abigail's Joy on Monday, October 12, 2015

Abigail and her family remain in Boston for follow-up care after she was released from BCH Monday.