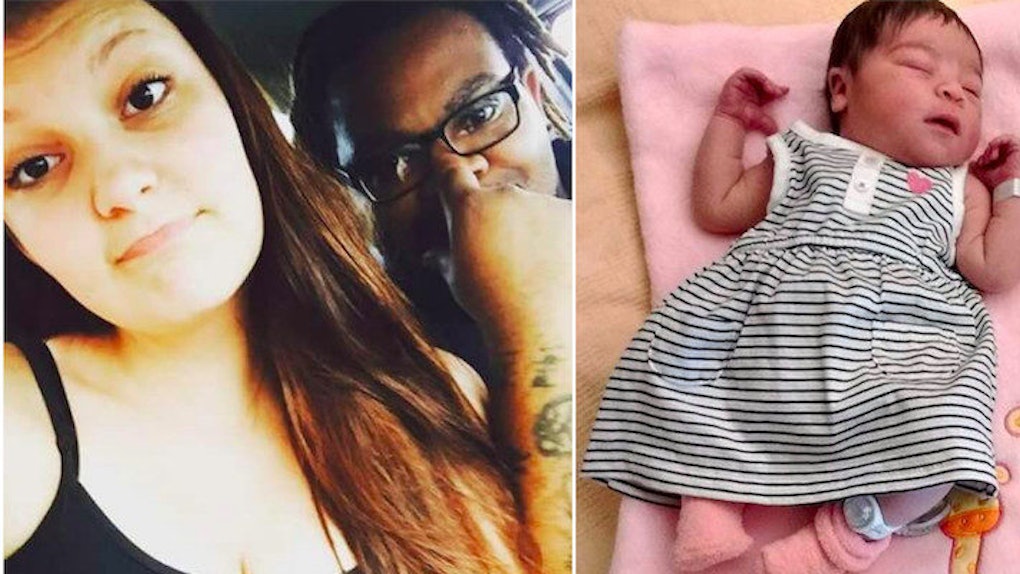 Baby Starves To Death After Parents Overdose On Heroin

A 5-month-old girl died after she was left alone for four days when her parents took a fatal heroin overdose.

Summer Chambers was found dead in her crib at a home in Johnstown, Pennsylvania, on Thursday.

She died of starvation and dehydration.

They are believed to have been dead for a week before their bodies were discovered, reports People.

Cambria county district attorney Kelly Callihan told the news website how the incident "really illustrates just how bad the heroin epidemic is, not only here but across the country." She said,

Had they not died within minutes of each other, we believe one would have called 911 for help for the other. The pathologists said a child can live a couple of days without food or milk. She was only 5 months old, so she was on her back. She had no way to move from that bassinet. This was a picture in my mind I'd rather forget.

The alarm was raised after the couple failed to turn up to a festive event with friends.

A friend entered the property via an open window and found the bodies.

Police discovered heroin at the home. It is believed the couple were users.

This year, Elite Daily has reported on countless heroin-related stories as the epidemic grows.

Earlier this month, Dejah Hall, a 26-year-old woman from Arizona, posted sobering before-and-after photos of her struggle with the drug.

The recovering addict posted photos on her Facebook page alongside an emotional caption, hoping it will serve as a reminder of the harm heroin causes.

Today marks 4 years clean from heroin and meth. The top left is me in full blown addiction, I was a terrible iv user and like most, progressively got worse.