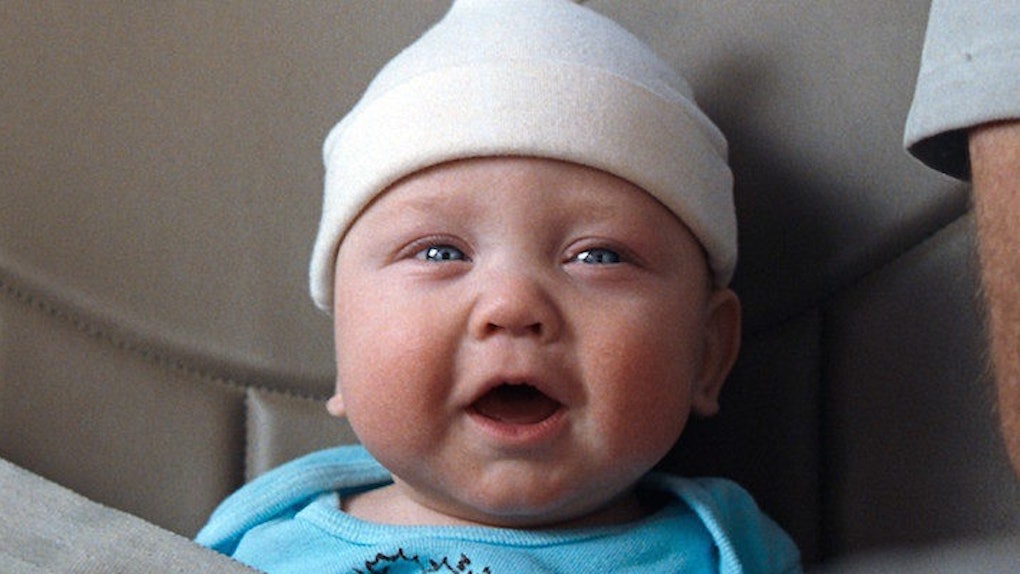 A Wisconsin newborn was allegedly hospitalized after her mother unknowingly fed her formula laced with vodka.

The 20-year-old mother poured the formula into a bottle filled with what she thought was water, according to Daily Mail. But the mother soon found out Brian Smith, her boyfriend, previously emptied out the water and replaced it with vodka.

After drinking the formula, the baby's hands and toes reportedly reddened, her legs shook and she had difficulty breathing.

A criminal complaint states once Smith, 22, found out about the mistake he became enraged and explained he planned on taking the vodka-filled container with him.

WISN 12 reports he then threw a bottle at the mother, pushed her and choked her.

Police responded to an argument and assault call in Kenosha, Wisconsin on Monday to find Smith screaming at a crowd assembled around a car.

The sobbing mother, who was inside the car with her child, told the officers about the tainted formula, and Smith was handcuffed. Her 1-month-old, Daviarre, had a blood-alcohol level of 0.294 after consuming about two ounces of vodka, WISN 12 reports. The baby was put in intensive care at the Children's Hospital of Wisconsin but was expected to be released last night.

Police reports say Smith was charged with strangulation and battery, disorderly conduct and resisting an officer. He could go to jail for approximately 10 years if convicted.

Daviarre's mother, on the other hand, will most likely not be charged; it's believed she fed the baby vodka purely by accident.

Citations: Newborn baby raced to hospital almost four times over the driving limit after her mom mixed formula with vodka instead of water (Daily Mail), Kenosha baby given vodka in her bottle (WISN 12)