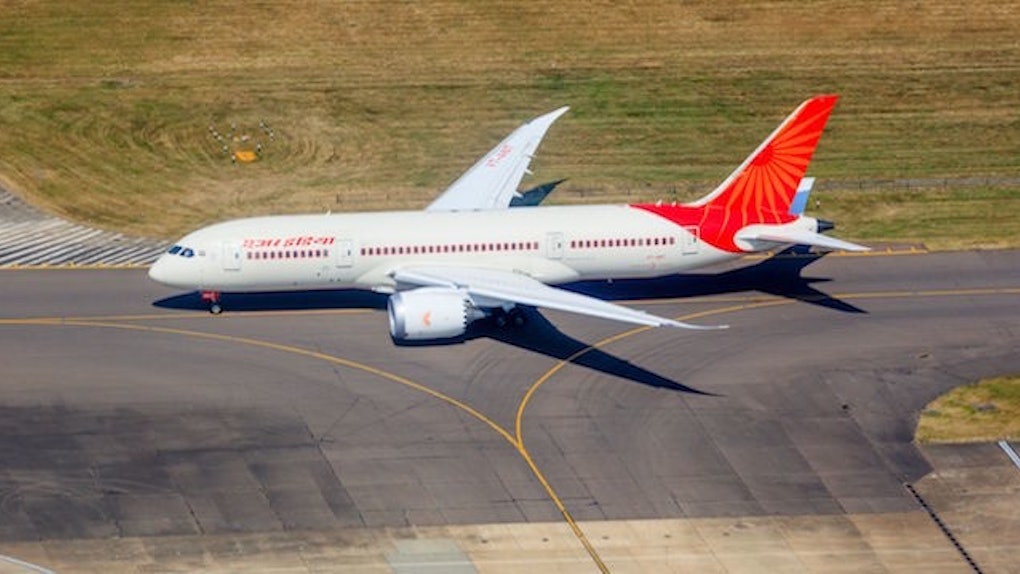 Women Are Groped So Much On Air India, There's Now Women-Only Seating

I don't know about you, but I feel like just because I was born into a female body does NOT mean I should fear being GROPED by random men when I'm just trying to get from point A to point B.

However, we live in an international rape culture — a culture where simply living inside female skin can be downright dangerous.

So dangerous, in fact, that an airline in India has started offering "woman-only" sections on their planes just so their female passengers don't have to worry about getting molested and assaulted by male passengers.

Air India has decided to reserve six rows of seats on economy flights solely for women as a result of so many women reporting being groped while traveling, MetroUK reports.

The airline hopes its efforts will make women feel safe when traveling alone.

Now there are "men-free zones" so women don't have to worry about toxic people harassing them.

This is a prime example of rape culture, folks: Seclude women so they don't get raped and groped, rather than teach men not to rape and grope.

While the root of the problem is clearly in education about consent, I do think it's positive that Air India is actively making their flights safer for women.

A general manager for Air India, Meenakshi Malik told The Hindu that the airline feels "as national carriers, it is our responsibility to enhance comfort level to female passengers."

It costs no extra money to be seated in the women's section of the plane, and you can request sitting there when you check in (if it cost extra money I would've had a total meltdown).

As well as dividing genders, Air India will also have two security guards on flight so the crew is better equipped to handle passengers who are dangerous, abusive or generally disruptive. If only they had security guards on the New York City subways!

It seems that not everyone in the Air India camp is on board with the choice to gender sections.

To my knowledge, this happens nowhere else in the world. Planes are not unsafe for women passengers. In cases of unruly behavior, the airline crew are authorized to take action as per the law.

Well that's easy for Mr. Bhargava to say. Mr. Bhargava is clearly a man who has no idea how it feels to live a world where you feel incessantly unsafe just because you were born female.