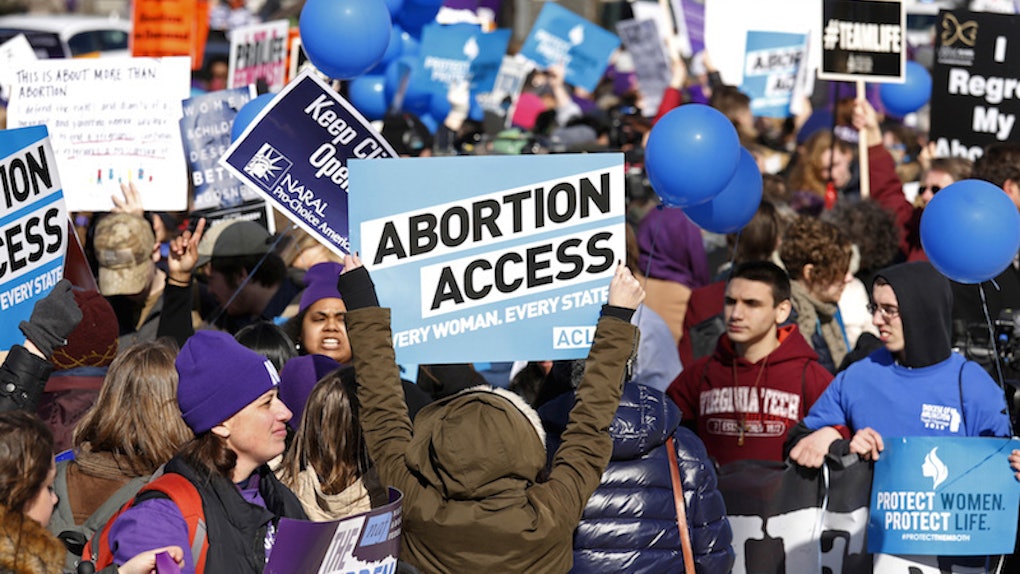 A woman who works in an abortion clinic recently took to Reddit to expose a disgusting policy employed by certain anti-abortion states, according to Cosmopolitan.

She keeps her identity – and even the state in question – hidden, and only says, “I work in an abortion clinic in a very conservative state."

She begins by explaining the generalized and persistent problems that occur when it comes to abortion rights in some red states.

Women have to drive hours to get to us (and they make the trip twice because there is a mandatory waiting period here) and we have a lot of restrictions. But my main focus today is what we are required to report to the state.

She goes on to shine a light on one deeply sinister tactic her state's government employs in an attempt to shame women who are getting abortions.

Our legislators think it is their business to know the reasons why you had an abortion. It's anonymous, but quite frankly it's infuriating to me to have to disclose this information to them because it's none of their business.

By making them anonymously “explain" themselves in an official capacity, they hope to guilt trip the women into backing out of the abortions they are about to have.

There is no good reason for the state to be asking these questions other than they want to shame you and make you feel like you need to explain yourself and justify your decision to people who know nothing about you or your life. We all know why women get abortions — women have been getting abortions for thousands of years for the same reasons.

Tactics like these are employed consistently throughout the country.

From restricting the number of abortion clinics to imposing waiting periods for abortions – both methods are intended to make the process more expensive and logistically/emotionally difficult – some state governments are doing everything in their power to impede a woman's legal right to choose what happens to her own body.

The woman goes on to propose a solution to this state's request for an explanation.

So here's my request for you, fellow women. If you find yourself in a waiting room filling out paperwork for an abortion and they ask you what your reason is — if you could go ahead and write NONE OF YOUR BUSINESS. Your abusive relationship, your psychiatric medications, your financial situation, etc. — that is none of anyone else's business, particularly not the government. Know that we at the clinic have massive amounts of respect for you, your privacy, and the decision you are making regardless of whether you decide to tell us your reasons.

Basically, her advice is to go ahead and tell the government this:

(Side note: This is the best gif I've ever seen.)

Finally, she made one last plea to her readers.

And please, if you live in a conservative state — get out and fucking vote in your local/state elections so we can elect legislators who care less about what's going on in our uteruses and more about improving life for the people in their state.

The post quickly went viral, and many comments on the post come from women who have either experienced scare tactics like these or are afraid they may someday have to.