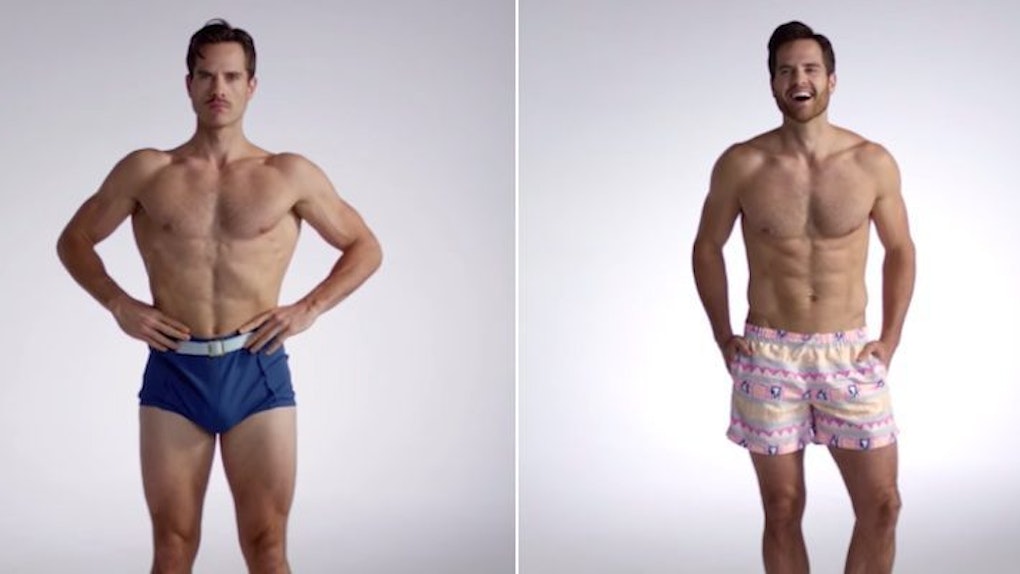 Apparently, the beach nipple wasn’t a thing until 1935.

But you should probably let Glam take you on a tour through the past 100 years of men’s swimwear to see for yourself.

I’m not saying you have to, but I am saying this video has the single most attractive man I’ve ever seen putting on clothes and then quickly disrobing a bunch of times. So, like, nobody is forcing you to watch it, but you should probably just along go with it anyway.

For real, though, this video could have easily stopped after 1985 as bathing suit fashion really hasn’t moved forward since the Reagan administration.