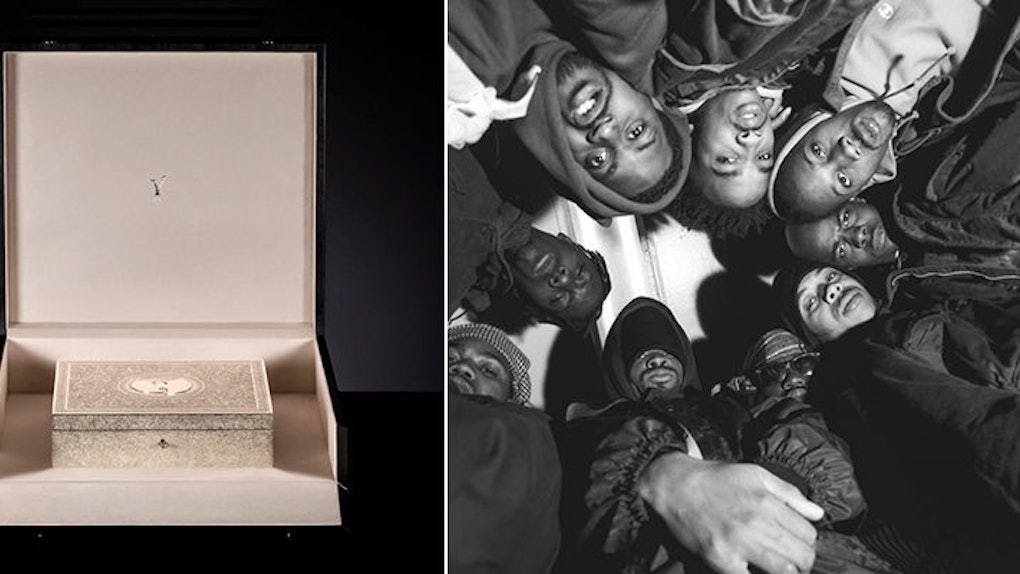 Wu-Tang Clan might not have any radio singles out at the moment, but expect some bangers about 88 years from now!

The 90s rap supergroup reportedly auctioned off their upcoming 31-track LP titled Once Upon a Time in Shaolin, which they've been secretly recording for the past six years now, and the project's owner now has some big plans.

Not only is it placed in this holy grail of a container designed by British-Moroccan artist Yahya, but the release date is something we can all look forward to.

According to Forbes, the new copyright holder isn't dropping it until 2103. LOL.

Realistically, this is all a publicity stunt, and this will drop on the Internet next week for free-99.