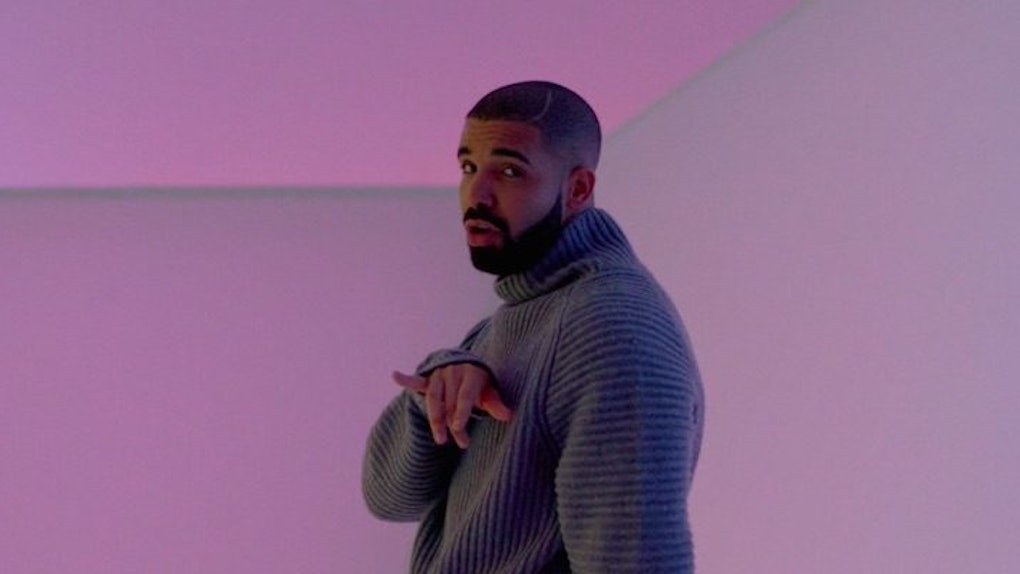 How 'Views' Solidifies Drake As An International Hip-Hop Visionary

As I'm writing this, it hasn't even been 12 hours since the artist formerly known as Wheelchair Jimmy blessed us with his heavily anticipated album, Views. The reactions so far have been all over the place, but such is the case with any body of work that the 6ix God has ever put out.

Some people feel this is more of an R&B album, and they want to hear more than stories about his exes. Others think the album is vintage Drake, and it ranks up there with the best of them as far as production goes. One thing that is undeniable, however, is the album only solidifies the fact Drake and his team are some of the greatest artistic visionaries of our time.

Drake's vision and borderline prophecy first became evident on his first two highly underrated and underappreciated mixtapes, Room for Improvement and Comeback Season. When these two projects dropped, it was almost as if Drake somehow knew he'd go from being a supporting cast member of a teen drama to the biggest star in the world.

In 2006 and 2007, Drizzy was already manifesting the crazy idea the world would somehow accept a former child actor who grew up in a suburb in Canada as the savior of hip-hop. It seemed beyond unlikely to everybody except for Mr. Graham. By this time, he was already living the life of an American rap superstar with two mixtapes that only had a moderate buzz in Canada.

After catching the ear of Houston hip-hop mogul Jas Prince — and subsequently Lil Wayne — Drake dropped the acclaimed So Far Gone mixtape, and the rest was history.

Over time, he became everything he said he would be on his first two projects. He and his OVO Sound team have become international icons. They have built something no one could have imagined at a time when the musical climate didn't seem like it could foster someone like Drake.

He singlehandedly turned Toronto, Ontario into an absolute hip-hop and R&B hotbed. I'm not even certain that he foresaw all of this, but it's clear he knew he was onto something in his earlier days. He knew he and his hometown of Toronto had a lot to offer musically. He also knew no one in the US seemed to care, and he was there to change that and so much more.

Fast-forward to today: Drake just released his fifth studio album, Views. Like it or not, the album exemplifies everything we've grown to love (and hate) about Drake. But, the album also underscores one very important fact: Drake and his team have themselves a bonafide global brand. His moves early on in his career show that even with the deck stacked against him, he's always had his sights set on global domination.

Views serves as a consummation of Drake and his team's (specifically Noah “40” Shebib) vision of a heavy global presence. In “Child's Play,” 40 samples a relatively unknown DJ and producer by the name of Ha-Sizzle, and he turns his New Orleans bounce record “Rode That Dick Like a Soldier” into an ode for those for us who've had relationship problems with women.

Then, there is “One Dance,” in which 40 collaborates with Nigerian singer, songwriter and producer extraordinaire Wizkid for a highly infectious dance tune with a bouncy West African rhythm. He also samples and features songstress Kyla's "Do Your Mind" on the track, giving it a strong, international flavor.

“Controlla” was a fan favorite early on, as it originally featured Jamaican dancehall superstar and OVO affiliate Popcaan. Popcaan was ultimately removed from the song, but the track is still very much has a dancehall sound infused into it. He also has yet another collaboration with Rihanna for the song “Too Good,” which allows for more Caribbean connection.

Drake's long journey and his global vision have come full circle. In a genre where so many are content with just winning over their hometowns or their home regions, Drake has always been more concerned with leaving a global footprint.

His OVO label and his affiliations consist of artists almost exclusively from Canada. One such group is Majid Jordan, a duo from Toronto via Bahrain. Jamaica's Popcaan is closely associated with the OVO roster as well. Drake has also worked with Sampha and grime rapper Skepta of London.

Borders have never meant anything to Drake. His global vision allowed him to excel in a genre where historically, borders have often meant a lot.