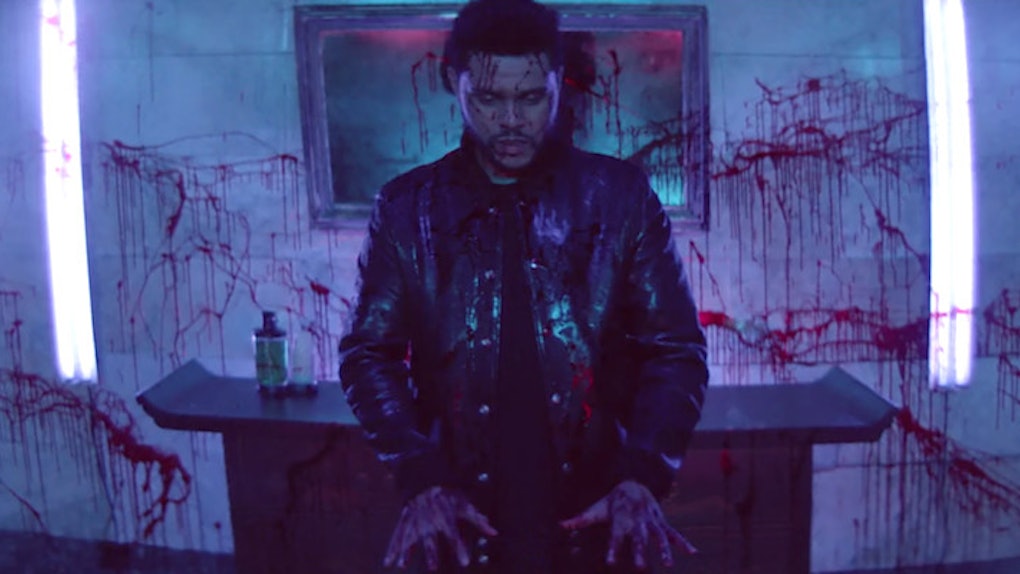 The Weeknd Dropped An Epic And Bloody Short Film

"A little blood never hurt anybody."

That's what I assume The Weeknd told director Grant Singer as they both mapped out the vision for his latest offering.

The Weeknd, whose real name is Abel Tesfaye, just released a roller coaster of a short film that begins with a mysterious drive down a winding road before turning into a bloody slasher flick.

In other words, this new 12-minute movie-like music video is exactly what you'd expect from the Grammy award-winning Canadian with a passion for horror films.

The masterpiece begins with The Weeknd's angelic vocals floating over the sight of a black leopard named Murphy, according to Mashable.

As the 26-year-old singer's new song "All I Know" plays in the background, the scene quickly flips to show The Weeknd piloting a brand new McLaren bearing a vanity license plate reading, "Starboy."

As he makes his way through the winding, hilly roads, it is unclear where he's going. Finally, he pulls into a sketchy alleyway before making his way through a mysterious backdoor that leads to a nightclub of sorts.

That's when things really start to get interesting. Let's just say things get SO interesting that the short film soon turns into a gruesome, bloody hell at around the 6-minute mark.

Throughout "Mania," viewers are given a peek at the new material The Weeknd has under wraps. New songs featured in the short film include "All I Know," "Party Monster," "I Can Feel It Coming" and "Sidewalks."

While these soothing tracks are clearly designed to unleash a flurry of blissful, euphoric emotions, the visual content throughout the Grant Singer-directed short reminds fans that The Weeknd will always have a dark, mysterious side.

Hey, that shouldn't come as a surprise to anyone! Most of his music is inspired by old horror films.

In a past interview with Complex, Tesfaye told reporters,

A lot of it is inspired by filmmakers like John Carpenter, David Cronenberg, and Ridley Scott, because they know how to capture fear. That's what Kiss Land is to me, an environment that's just honest fear… So when you hear the screams in the record and you hear all these horror references and you feel scared, listen to the music because I want you to feel what I'm feeling. Kiss Land is like a horror movie.

Something tells me "Starboy" won't be too far off from his past bone-chilling works of art.