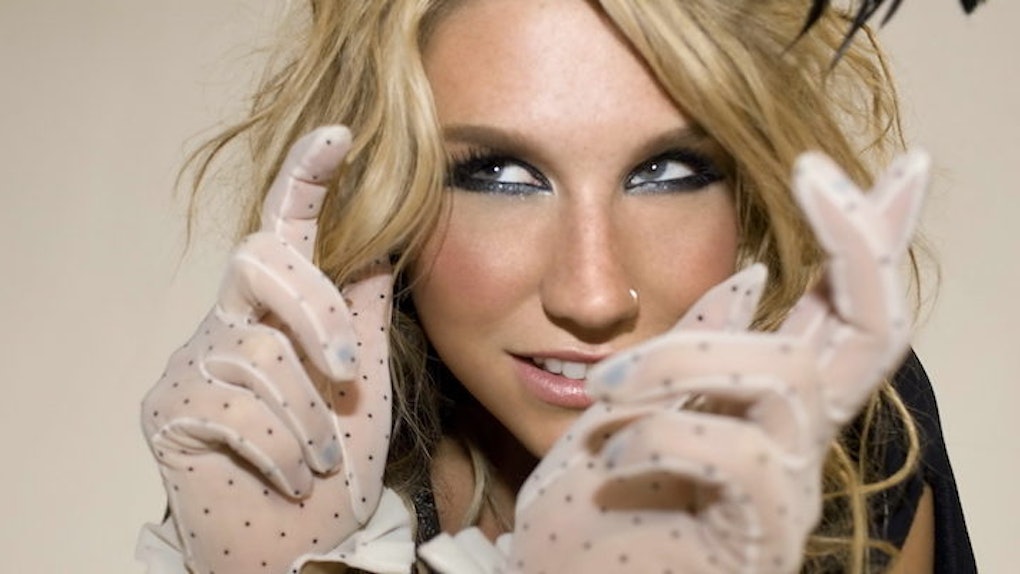 Happy TBT! It's time once again for bizarre throwback lyrics. Sometimes the genius button gets stuck and artists end up with some weird and nonsensical lyrics. Today we take a look at a few of those from days of yore.

1995 was a banner year in music. Some even call it the greatest music year of the '90s. There was Coolio, Radiohead, Mariah Carey, Smashing Pumpkins and don't even get me started on Mobb Deep. It seemed like anything that came out in '95 was gold.

Alanis Morissette's Jagged Little Pill was one of the most acclaimed albums of the year. Though the album came out in '95, but its biggest hit was released in '96; isn't that ironic? OK, that joke was terrible but the song was great.

"Ironic" was a cryptic tale of the various hardships that befall us, humans. Whether irony actually transpired is a topic that can be left up to debate ... and it has been.

Even though the song is a classic, it does have its fair share bizarre lyrics. But what makes this one special is the lyrics in question is in the first line of the song.

Most bizarre lyric: An old man turned 98/ he won the lottery and died the next day

What the hell is a 98-year-old person doing playing the lottery? That makes no sense. I don't play the lottery now and I'm in my 20s, I certainly wouldn't play when I have a foot in the grave and the other on a banana peel. If I won the lottery, I think the shock would give me a heart attack. That's just asking for heartbreak ... literally!

Listen, if you make it to 98, you basically won the lottery -- the existence lottery. Be happy with that

It was clear from the beginning that Pharrell had a hit on his hands with "Happy." The feel-good anthem of 2014 became an international sensation.

We all remember the infamous music video with celebrities and common folk alike dancing in the streets to the jolly tune. Not everyone was happy with "Happy's" success. Toward the end of the songs run, many people felt like they would rather have a frontal lobotomy than listen to the catchy tune one more time. But that's not the song's fault; it's the radio stations fault. Remember, everything is best in moderation.

Most bizarre lyrics: Clap along if you feel like a room without a roof because I'm happy

A room without a roof? What the hell does that mean? Is it like a sky's the limit kind of thing? Listen Pharrell, I think you're just darling but let's play devil's advocate here. Unless you live in the always sunny confines of Southern California, a room without a roof wouldn't be too pleasant.

You'd be totally exposed to the elements: rain, cold, heat you name it. Now to me, happiness is about freedom and freedom is about choice. So how about a room with a retractable roof? That's the best option.

You can choose when you want the roof open and during inclement weather you can choose to have the roof closed. It's the best of both worlds! In fact, the new lyric would roll right off the tongue. Clap along if you feel like a room with a retractable roof. See? It works.

Legendary rapper and producer, Dr. Dre, changed the face of music. He made sure to remind everybody of that in his 2001 come back hit, "Forgot About Dre."

The good doctor waited nine years before releasing his second album -- and we thought "Game of Thrones" kept fans waiting long. The song was epic and featured Eminem in all his Slim Shady glory. The song was about redemption. Dre was admonishing his critics and putting his haters on blast which is rap 101.

Most bizarre lyric: Mad at me cause I can finally afford to provide my family with groceries

Really Dre? Groceries? Dr. Dre has much to be jealous of but being able to afford groceries? Now I know there is poverty and suffering in the world, but most people can afford groceries. Hell, even I can. Part of the mystique of rap is lauding over people's heads what they would never have in a million years. Luxury cars, mansions, beautiful women... Frosted Flakes? Come on Dre, I got nothing but love for you, but nobody's hating on you for that.

Things have been rough for Kesha over the past few years, to say the least. If her BBMA performance is any indication, it looks like the young songstress is on her way to a better place and we're pulling for her. One of her biggest hits was "TiK ToK." The song was a party anthem of 2010. Any song that begins: Wake up in the morning feeling like P Diddy is sure to get people partying. The lyric of issue comes much later in the song.

Most bizarre lyric: And now the dudes are lining up 'cause they hear we got swagger/ But we kick 'em to the curb unless they look like Mick Jagger

Look like Mick Jagger? I knew they had to find a rhyme for swagger, but come on! God love him, but Mick has seen better days -- and with good reason. He's a senior citizen who has lived the rockstar life for over 50 years. I could understand if you want to be with the real Mick Jagger, but a look alike? A faux Jagger?

No that just doesn't seem right. That's like someone saying: But we kick 'em to the curb unless they look like Hugh Hefner. Get my point? It's not about the looks; it's about the legend.