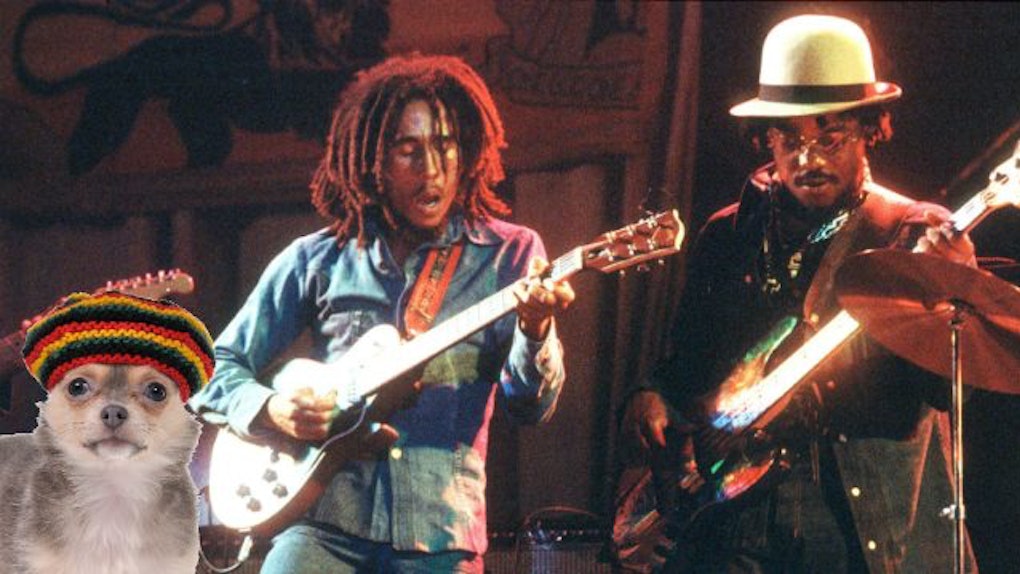 I am a proud dog owner.

That said, I spend a lot of my drunk time Googling facts about my dog.

I just want to understand her -- I want to ensure I am giving her the highest quality of life possible.

My dog may not be a fan of Kanye, but according to the Scottish SPCA and the University of Glasgow, she may have a taste for reggae and soft rock, the BBC reports.

I always knew she was chill AF.

Researchers played different genres of music for dogs at a rehoming center in Dumbarton and documented their physiological and behavioral changes.

Professor Neil Evans said when reggae and soft rock were played, the most positive behavior changes were seen.

But apparently, every dog does have its own taste in music.

SO ROCK OUT WITH YOUR FLUTE OUT, BOY. FLUTE SOLO.

Overall, the response to different genres was mixed highlighting the possibility that like humans, our canine friends have their own individual music preferences.

All dogs spent more time lying down when any genre of music was played -- possibly proving they're not confident in their dancing abilities.

By measuring the dogs' heart rates, their stress levels also dropped while listening to music, especially when they listened to soft rock or reggae.

We were keen to explore the effect playing different genres of music had. It was clear that the physiological and behavioral changes observed were maintained during the trial when the dogs were exposed to a variety of music.

Thanks to the study, the Scottish SPVA will be investing in a sound system for all its kennels so the dogs can relax to those sweet, sweet jams more often.

But the question remains...

Get on it, science.