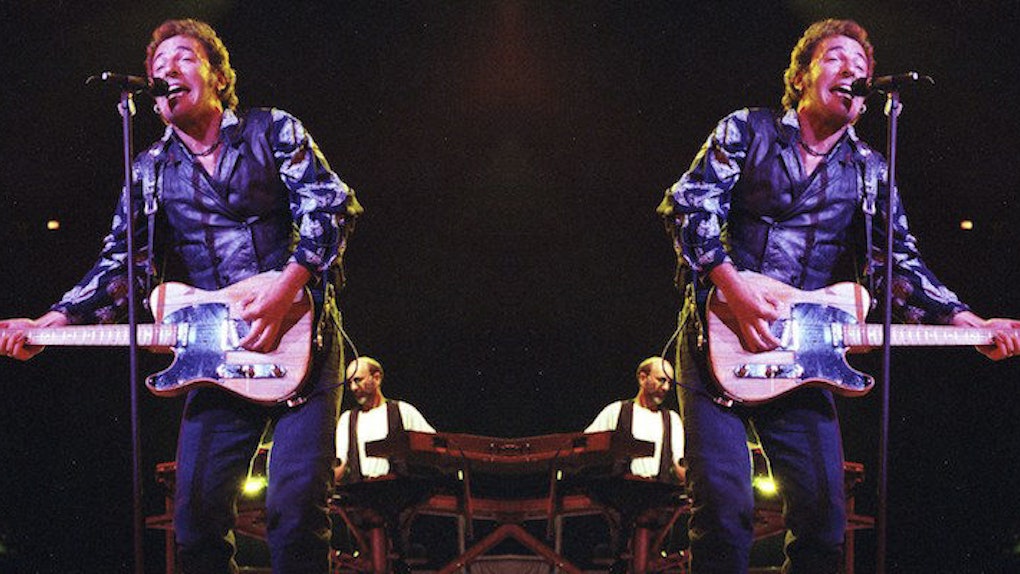 The other day, “Every Breath You Take” by The Police came on the radio.

My friend sighed, seemingly enamored by the lyrics, and said she wanted that to be her wedding song.

Uh, really? There's something about the hook that's always seemed mad f*cking creepy to me. “Every breath you take, I’ll be watching you”? That’s not a very reassuring thought, especially not one I’d want to hear at my wedding.

When I got home and did a little bit of research, it turned out I was right -- Sting even admitted it. The song is about a stalker. An obsessive, potentially dangerous stalker. Yet this went unnoticed by my friend and probably countless others.

I mean, think about how many people actually had a song about an obsessive ex-lover grace the soundtrack to their weddings. Whoops.

Here are 11 other songs you probably didn’t know the true f*cked-up meaning of, either.

1. "Ring Around The Rosy" by who the f*ck knows

To be completely fair, I don’t think anyone knows what the hell the song “Ring Around the Rosie” is about. What is a “pocketful of posies”?

However, upon some closer inspection, the song is actually about the Great Plague of London wiping out an entire f*cking civilization of people, hence the “we all fall down.”

Yeah, that means WE DIE. Yet we had no problem belting this song throughout kindergarten.

While some Millennials might not know the original version of this song, they’ve probably heard the bassline more than a few times -- thanks to Tribe sampling the song in “Can I Kick It.”

At first listen, the song sounds innocent, but if you actually take the time to listen to the lyrics -- you’ll soon understand it’s anything but. With lines about "giving head," and many other questionable lyrics, it shouldn't take too long.

"Island Girl" is a very tropical sounding song -- much like something you’d blast at the beach while out on a family vacation or something of that nature.

In reality, however, the song is about a Jamaican prostitute in New York City. "Island girl, what you wantin' with the white man's world?" With lyrical content such as this, you might want to rethink playing this tune with your grandmother and grandfather from Boca within earshot.

Most people think this song is about leaving some place that will be closing shortly, most often a bar. In actuality, the song was written about the lead singer of Semisonic's child being born.

So, with regard to the song's title, "Closing Time" actually refers to being forced out of the womb. Now pour up another beer before last call!

5. "Lucy In The Sky With Diamonds" by The Beatles

There’s a lot of controversy stemming from whether or not the origin of this song comes from a painting done by Lennon’s son, Julian, or the title’s acronym: LSD. Lennon adamantly denied that the song was connected to the drug, but, I don’t know, make your own call on the matter.

"Follow her down to a bridge by a fountain, where rocking horse people eat marshmallow pies. Everyone smiles as you drift past the flowers that grow so incredibly high."

Is this a vivid depiction of an acid trip? You decide.

6. "Born In The USA" by Bruce Springsteen

Every fourth of July, upon sparking up the BBQ, I get my Independence Day playlist fired up, consisting of a large number of Bruce Springsteen hits, specifically, the most patriotic of them all, "Born in the USA."

Right? Wrong. The song’s lyrics actually critique most of America’s shortcomings as a functioning nation. "Got in a little hometown jam, so they put a rifle in my hand, sent me off to a foreign land to go and kill the yellow man." Not all that endearing about our wonderful country.

7. "Under The Bridge" by Red Hot Chili Peppers

I sang this song in the shower of my parents' home for the majority of my younger years. With a title like “Under The Bridge” and a chorus crying, “Take me to da place I luuuuuuhve,” I thought the song was about going to your favorite little spot in the nearest national park.

Little did I know, the song is about the literal bridge where lead singer Anthony Kiedis would meet "with f*cking gangsters shooting speedballs under a bridge," as he described it. The song is actually about his growing dependence on hard drugs. Errr, I guess I sort of missed the mark on that one.

As a youngster, I thought the song “Afternoon Delight” was about doing something pleasant around noontime -- maybe a stroll through the park or a picnic, perchance -- with someone you like.

As it turns out, the song is really about a little matinee sex. "Thinkin' of you's workin' up my appetite, looking forward to a little afternoon delight. Rubbin' sticks and stones together make the sparks ignite, and the thought of loving you is getting so exciting."

I guess it really doesn't sound too picnic-y, in retrospect.

Granted, it’s a Weeknd song, so there’s always a decent chance that it’s about drugs, "Can’t Feel My Face" is one of the best-disguised drug records circulating through the pop airwaves today.

While it might sound like the result of infatuation or newly found love, Weeknd’s face is numb because of cocaine -- which the song is really written for, at least to our knowledge.

10. "Back Door Man" by The Doors (and Willie Dixon, originally)

Although it probably could also have a second sexual meaning, the true definition of a "Back Door Man" is someone who sleeps with the wives of other men, sneaking through the back doors, so to speak, without the husbands finding out.

"Captain Jack" was supposedly penned by Billy Joel from his Long Island apartment, after seeing the local youth buying heroin from a dealer named "Captain Jack."

Although the hook says "Captain Jack will get ya high tonight," the song actually expresses a strong anti-drug sentiment.