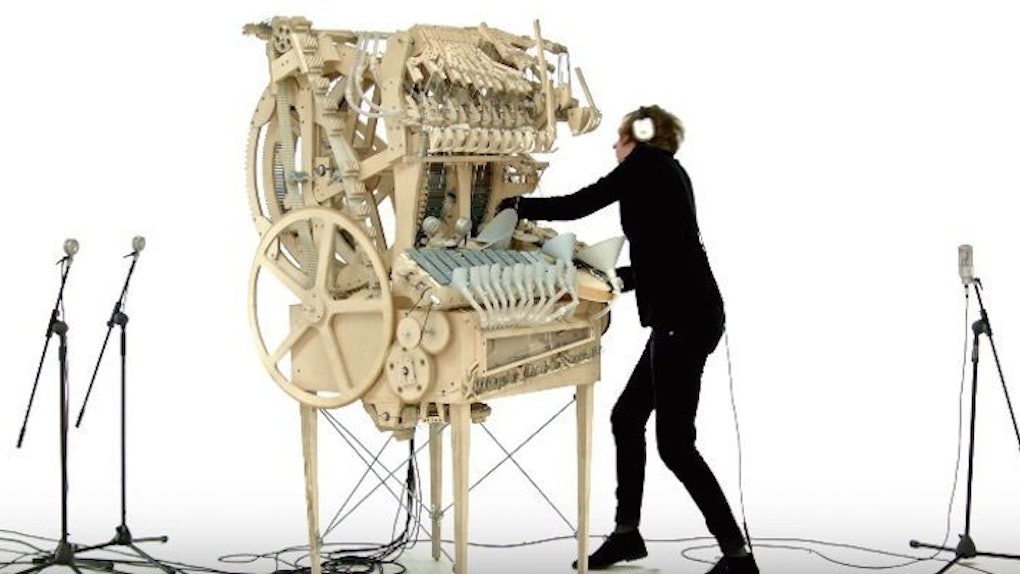 This Machine Uses 2000 Marbles To Make Music, And It Will Blow Your Mind

Nonetheless, I've never seen an “instrument” quite like this before.

Created by Swedish musician Martin Molin, the Wintergatan Marble Machine is a massive, wooden contraption that uses marbles (2,000 of them, to be exact) and a hand crank to “play” various instruments simultaneously.

Hidden in the body of the machine are a series of instruments, including a kick drum and bass guitar. When the crank is, uh, cranked, the marbles are released onto a conveyor belt which randomly drops them down chutes, each leading to a different instrument.

The resulting sound has a poppy, almost electronic-y vibe reminiscent of pretty much everything on the Top 40 charts.

Molin spent 14 months building the complicated instrument and documented the lengthy process for YouTube. He and his band, Wintergatan, hope to take the marble machine on tour this summer.

See the incredible instrument in action below.