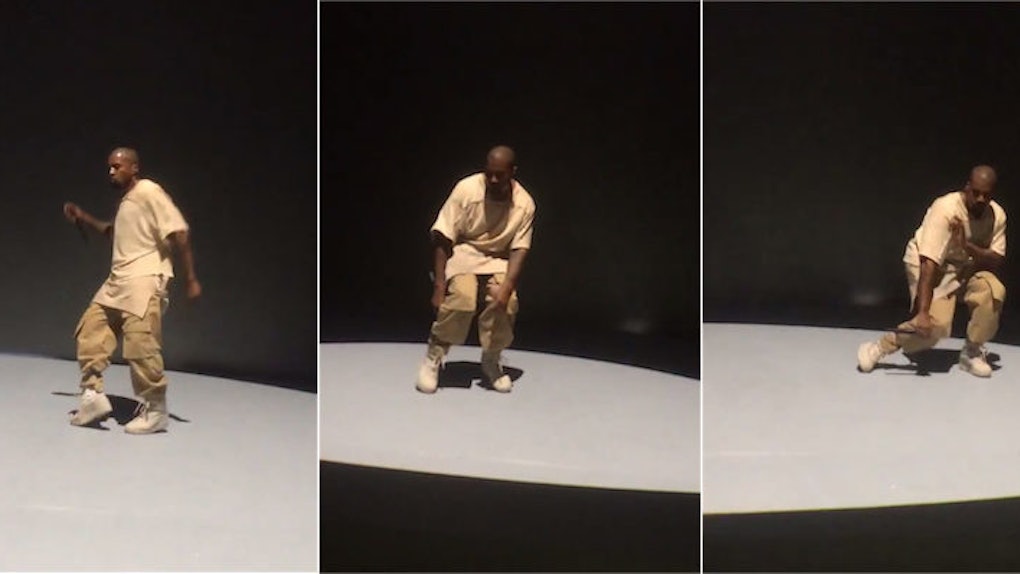 Kanye has certainly been on one as of late.

Of course, the 21-time Grammy winner is going to make some noise as he gets ready to drop his new album, So Help Me God, later this year.

But, during an appearance at Fondation Louis Vuitton in Paris last night, we saw something completely new.

Yes, Kanye is dancing, and no, we've never seen anyone feel himself like this before.

Obviously, trolls of the Internet got a hold of this clip and remixed some pretty entertaining videos.

So, stop reading what I have to say and check it out below.

It's easy to see where Yeezy got his inspiration.

But Kanye could've easily been the fifth member of B2K.

Or, he could've killed it down south with Cash Money Records.

For those who were wondering, he draws inspiration from Usher.

Funny enough, this was the dance DMX did the day he stepped out of prison.

It's clear Kanye is just trying to be the new Diddy.

Even Eazy-E f*cks with Yeezy.

I can't breathe! "Cruising Down The Street In My 6 4" #kanyedance pic.twitter.com/xChFVCJfKe — Keenan Hagins (@keenanhagins) March 9, 2015

It goes perfectly with some Missy.

Not even Cassie went this hard.

Kanye is always the most turnt up at his private club.