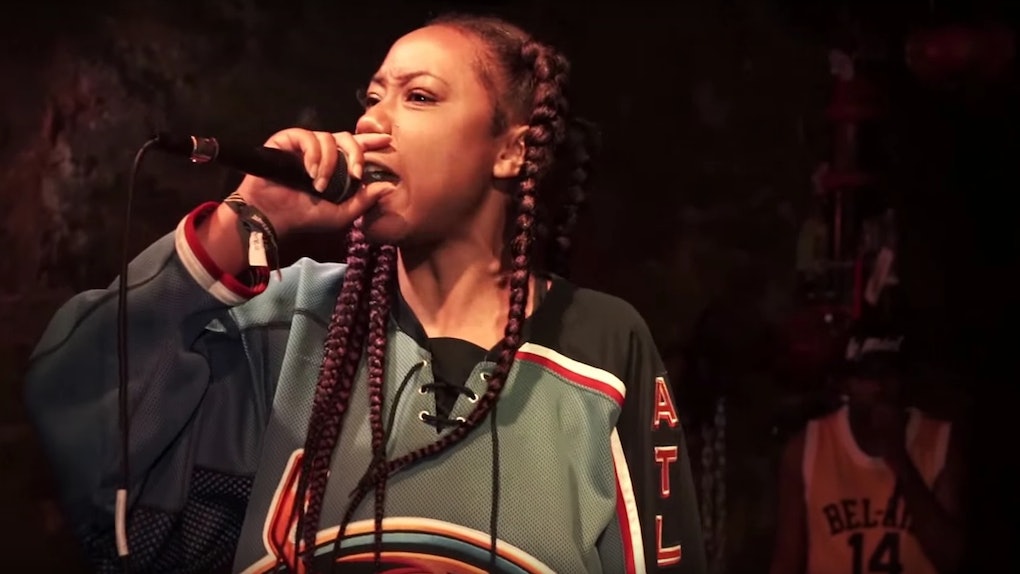 This year's 11th Annual A3C Festival & Conference in Atlanta presented the wondrous chance to witness the beginnings of the next crop of notable, upcoming, independent hip-hop artists.

Many of these artists have been making major noise in their respective hometowns and are capable of setting the music industry ablaze.

Here are some I think you should check out:

Raury recently released his debut album, All We Need, which is the follow-up to his highly-acclaimed mixtape, Indigo Child.

The Atlanta-bred's musicianship during his live performance of "Forbidden Knowledge" makes pure use of raw bass lines and percussion. The tone has an earthy vibe, which aligns perfectly with the words he speaks.

During the 2015 XXL Freshman's debut performance, fellow southerner and truth-speaker, Big K.R.I.T., blessed the stage for a surprise appearance.

While watching Tommy Swisher's performance of "Vsnry" at the Artist Connect stage presented by Swisher Sweets, you could immediately tell this was a crowd favorite and possible radio hit.

Tommy takes the listener on an ear-gasmic journey on "Vsnry." He has a rockstar Jimi-Hendrix-Hey-Joe-esque style of singing on the ethereal cut off his mixtape, It's About Time.

Swisher's talent has captivated the attention of not only thousands of fans, but also the likes of TI, B.o.B. and LA Reid as well.

Any time a Sauce Factory member hits the stage, it's like a movie.

Rizzoo Rizzoo's medley performance of "Amazing" and "Off The Lot" featuring Sosamann, off his current mixtape, #ItzHotSauce, is no exception.

During the Artist Connect Stage performance, Rizzoo Rizzoo commanded the attention of the audience, whether it was familiar with the sauce or not.

You might've caught an audience member (or several) kicking flavor and spilling sauce.

Dallas native by way of Memphis, artist G.U.N always sets the stage off with his performance of his popular hit, "Johnny Cage."

During Hope Dealers and Top Shelf's Fresh Picks show, he had the audience in the palm of his hands. The crowd went nuts.

Whenever "Johnny Cage" hits the speakers, get out of the way or prepare to mosh.

The Sauce Factory's Sosamann had the whole crowd rocking at HipHopWeekly's Basement Showcase.

Sosa's stage presence is nothing less than glorifying as he performs his standout joint, "Did A Lot," off the February release of Trap'd Out 2.

This album can be said to be a formal introduction to the TSF member, since his budding popularity outside of Houston.

What was captivating about Amber London's performance during A3C's Fresh Picks show was her soliloquy about people questioning the way she dresses and how she chooses to live her life.

She then went in on "Can I Live Wit Da Glock On Me," following "Married 2 Tha Money."

Her stage presence exuded confidence as she rocked an oversized Atlanta Thrasher's hockey jersey, and had a few dangling braids across her shoulders.

Amber is refreshing. She's a rare sight to see, and her music is just as enjoyable.

New Orleans native Dee-1 set the stage ablaze at Opus Lounge, when he performed "Against Us" and "My Student Got Murdered."

It's a prodigious thing when a hip-hop artist can go against the grain of normalized rap topics and still hold the crowd's attention.

His performance was followed with some wise words for controversial rapper Slim Jesus. Can't ban the hopeman.

Jay IDK's performance and live energy on stage presents nothing short of hundreds of fans who enjoy his music.

"God Said Trap," off the DMV-born rapper's debut album, Subtrap, is one of his more well-known cuts. It automatically gets the crowd hyped up.

He's another artist who takes rare subject matter and turns it into something healthy.

The Outfit, Tx, comprised of Dallas natives Mel, JayHawk and Dorian, is a group of talented individuals the world needs more of.

They dominated the stage with a performance of "Revelations" at the Artist Connect Stage presented by Swisher Sweets. It was their first official performance at A3C.

Their alternative rap style, adopted from the deep, soulful sounds of Blues and UGK-inspired rhythms, has the power to captivate any listener.

Doeman, hailing from Texas, put on a solid performance of "Tha Man" at this year's Fresh Picks show.

Proving himself to be both a true lyricist and entertaining at the same time, this 20-year-old is certainly one to watch over the next year.

Sy Ari Da Kid seems to have indie Atlanta by its throat.

The Bronx native took the stage at Opus Lounge to perform a few of his notable cuts, including, "I Remember," and "Bankroll," off his mixtape, S.O.O.N.

He had the whole crowd in his hands.

He also gave some encouragement to upcoming indie artists and advocated for them to utilize alternative mixtape-hosting sites, such as MyMixtapez.