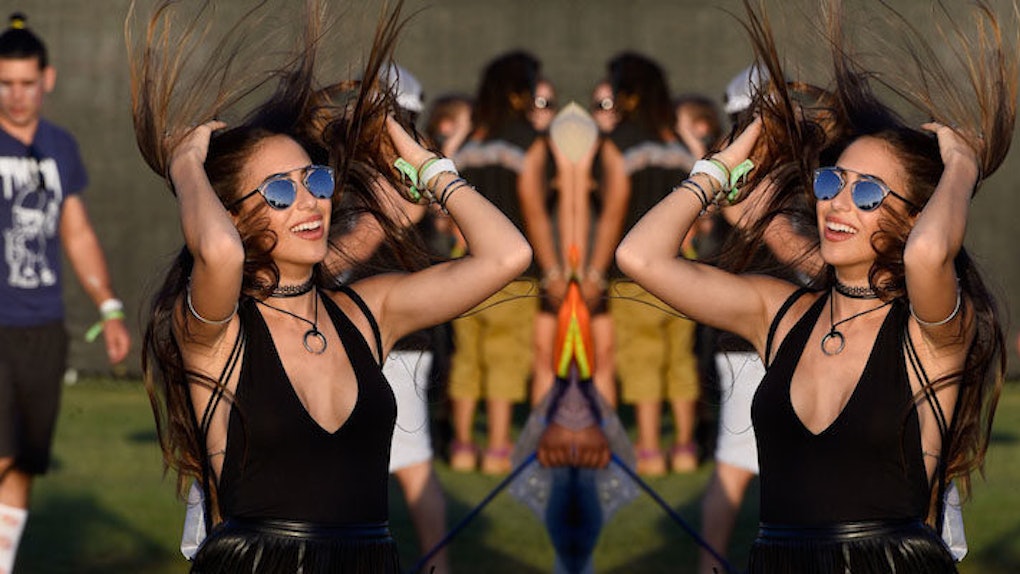 The Fun Is Over: Music Festivals Are Being Invaded By Baby Boomers

Hot days and late nights, flower crowns and pop culture t-shirts, beer and bouncing to DJs, indie bands and rappers -- what a great place to hang out with your mom and dad!

Yes, what was once a safe haven of youthful Millennial revelry is now being invaded by the Baby Boomers, those same people who owned the night during the Disco Era.

In fact, research from a recently released Harris survey conducted by Eventbrite found surprising similarities between Millennials’ and Boomers’ attendance of live music events, spending habits and how they are discovering the many live experiences available today.

Festivals are frequented by Boomers with empty nests.

Most Millennials have “launched” and moved out of the house. In their wake, Boomer parents have been released from the shackles of parenting.

And if there is one thing Mom and Dad love more than a spare bedroom, it’s the chance to see their favorite artist from before Junior started keeping them busy on Saturdays.

In the survey, 54 percent of Boomer parents said the emptying of the nest gave them more time to go to live events.

Noticing the graying of their crowds, festival organizers are adjusting their lineups to appeal to more audiences, mixing the new hotness with the old classics. Bottlerock, for example, featured both recent chart-topper Imagine Dragons and the legendary Robert Plant.

And Boomers aren’t only there to see the music of their era.

In the survey, 40 percent of Boomers say they attend live events to stay current with the tastes of younger generations.

So while the unlikely mix of artists may seem jarring, the reality is your parents are coming to see your bands, whether you like it or not.

Boomers are spending an average of $640 on festival tickets per year.

The sudden release of parental responsibility has spurred many Boomers to attend more live events than they ever have before.

Nearly half (44 percent) of Boomers who attended an event in the last year are going to more now than compared to 10 years ago.

Between Boomers' newfound free-time and Millennials' die-hard devotion to all things experience, attendance at concerts and live events is growing. On average, Boomers and Millennials both attended about four music events over the last year.

This year, a ticket to Coachella, considered by many to be the official kick-off of the summer festival season, ran $375 for a three-day pass -- that’s if you were lucky enough to snatch a ticket before they inevitably sold out.

For thousands of latecomers, this year’s Coachella tickets fetched up to $1,000 on secondary markets.

And yet, neither generation seemed fazed by sticker shock. Their ticket purchases continue to grow.

With control of nearly $1.3 trillion in consumer spending, Millennials lead the pack, dishing out on average $803 in event tickets per year. Boomers, though, are close behind, having spent on average of $640.

Of course, you can’t spend your hard-earned money if you never hear about the festival in the first place.

Word-of-mouth continues to be the number one method of festival discovery.

For spreading the festival gossip, word-of-mouth continues to reign supreme as the number one way for all generations to discover new music festivals and live experiences.

According to the survey data, of the Millennials who attended a live event in the last 12 months, 72 percent said friends and/or family helped them discover it; 68 percent of Boomers responded the same.

When it comes to discovering new live events on social media, Boomers lag behind. In the past year, only 24 percent of Boomer respondents stated they use social media to find new events, compared with 69 percent of the socially-networked who stated they discover events using social media channels.

It’s likely social media will continue to grow in relevance as the universal use of smartphones makes it easier than ever to share and discover new live events.

Organizers will continue to appeal to greater, more diverse audiences in 2016.

As we say goodbye to the 2015 festival season, we welcome a new concert standard -- the mixing of musical tastes and artists, young and older.

The music festivals and live events of today are an all-age experience for anyone looking to let loose or experience something new.

Expect to see organizers continue to appeal to greater audiences in 2016, because the truth is, regardless of age, everyone loves filling their long weekends with swaying to new beats, seeing old favorites and drinking expensive beer. See you next festival season!