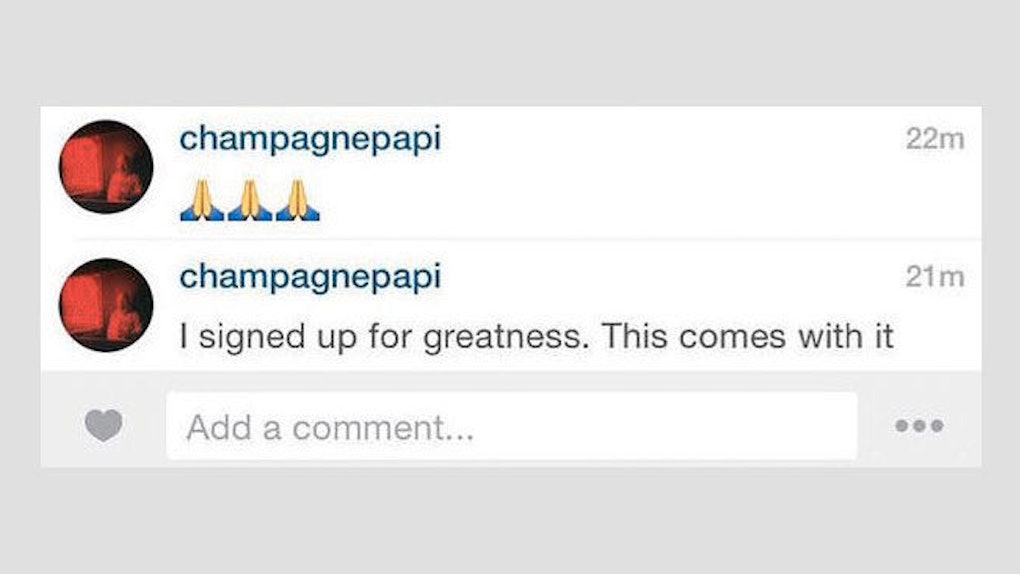 Drake addressed Meek's comments mildly in a direct message with battle rapper Hitman Holla, who first reached out to the Toronto native.

Sounds just like the casual dust off the shoulder you'd expect from a guy who's sold 70 million albums.