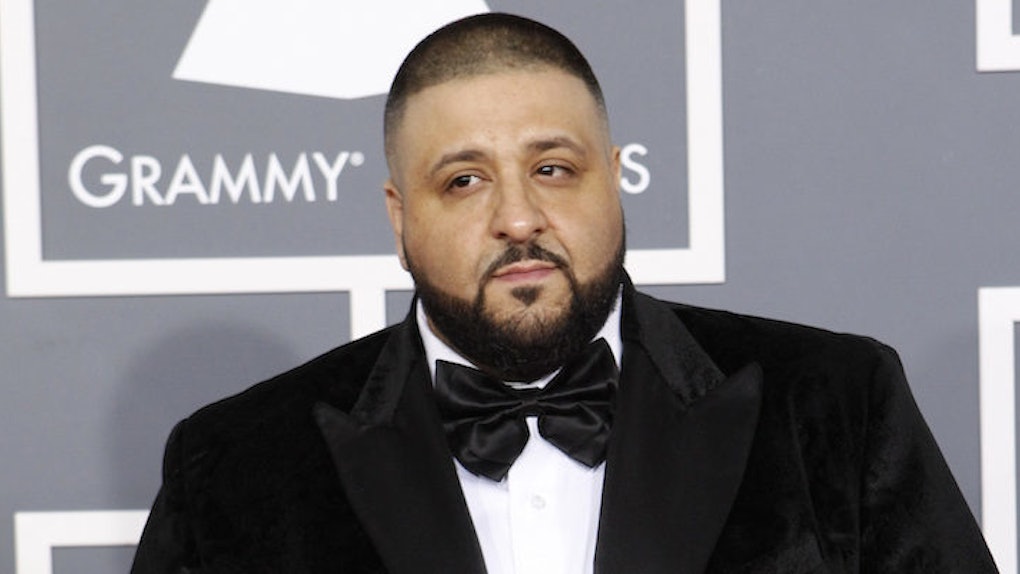 Thanks to his antics on Snapchat, the entire world has fallen in love with DJ Khaled.

As you may already know, Khaled's lifestyle has drastically evolved ever since he joined the social media platform and began posting a series of hilarious viral videos and photos revealing the ultimate "keys to success."

Ladies and gentlemen, we've created a monster. I mean, this guy is big-time now.

After unleashing a collection of back-t0-back-to-back compliments about himself, such as being the best DJ, producer and executive of all time, Khaled let readers in on a little secret: There's only one person who can make him shy and it's all out of pure respect for said person.

Every time I've ever seen her is when I'm with my brother Jay Z, and I just say, 'Hi,' and I look the other way so fast, and I kind of run.

It makes sense as to why Khaled would be so skittish around Bey. After all, he was blessed with the once-in-a-lifetime opportunity to join the Lemonade superstar on tour. That's not your average gig!

I just don't want to say nothing too much. I'm not messing that up.

Well, there you have it, folks.

The only person that can get DJ Khaled to lower his voice for once in his life is exactly who you'd expect it to be -  Queen Bey herself!