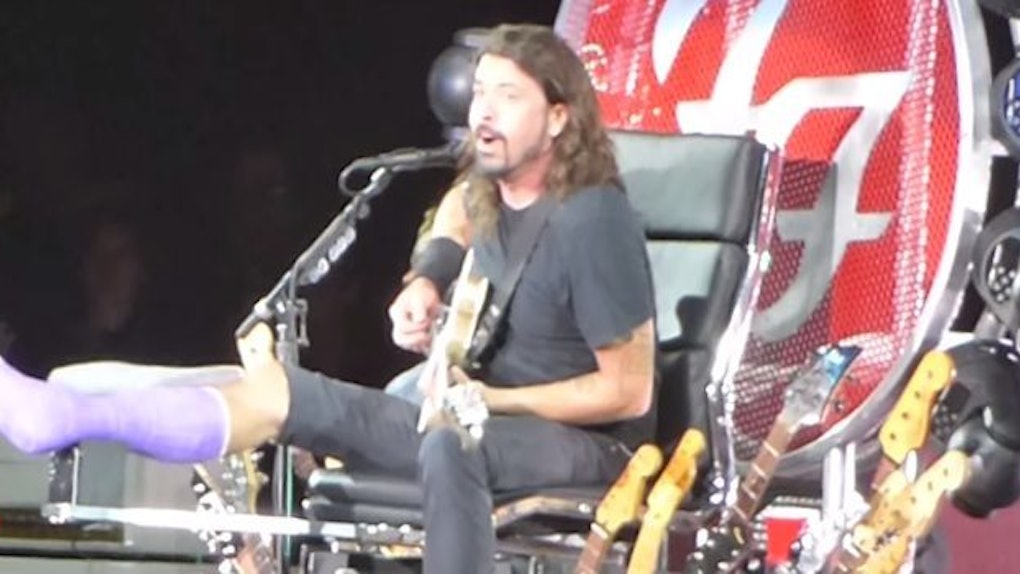 Dave Grohl Can't Walk, So He Rocked Out On An Iron Throne-Like Chair (Video)

Dave Grohl wasn’t going to let a broken leg prevent him from doing a kick-ass performance.

Last month, the Foo Fighters frontman broke his leg after falling off the stage, and in order for Grohl to recover, the band canceled several shows in Europe.

However, they kept their 20th anniversary show in Washington, DC scheduled, and since the rockstar still couldn’t stand, Grohl had to get creative to perform the concert.

His solution was to sit on a throne of guitars he designed himself.

The design is pretty much an edgier Iron Throne, and it is amazing.

You can see the throne in action in this video of the band performing "Everlong."