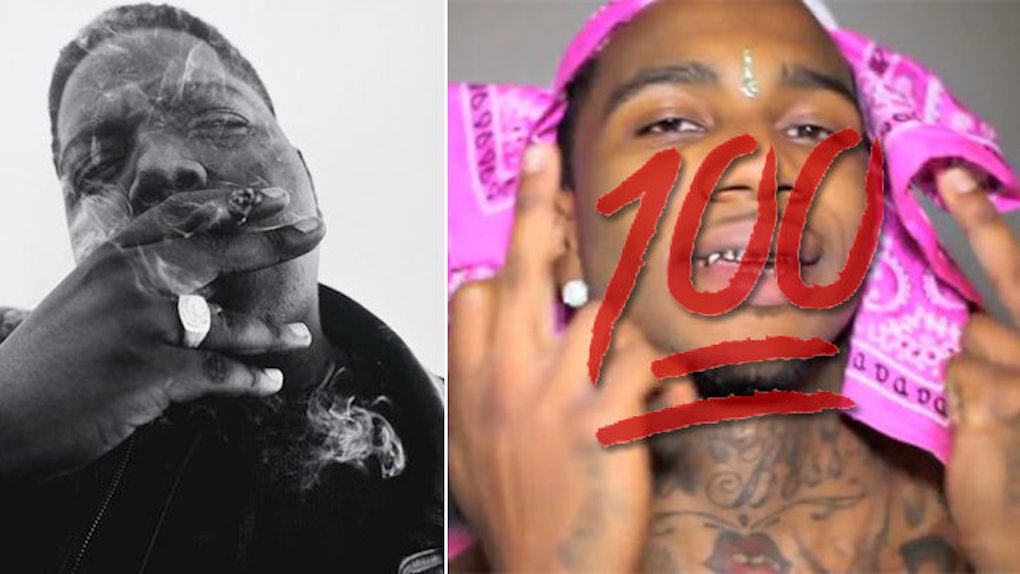 A lot has changed since Biggie Smalls left us in 1997, especially in hip-hop.

These Internet rappers, while still poppin', don't have to work half as hard as the rappers in the 90s did.

Back when you actually had to make a new sound in order to get noticed, only real rappers survived and went on to become stars.

Originality is almost impossible to come by these days, but that's what happens when people have the Internet. Biggie was everything the rappers of today aren't.

He was a pioneer, a storyteller, someone who spoke from the streets and wasn't concerned about these tweets (ayyy).

Biggie would've never sold out and gone mainstream. He would've held it down and never done a song with Katy Perry.

Here are 20 things that would definitely make BIG say, "WTF!?"

Back in the day, you actually needed talent to get noticed.

Today, you need a MacBook, a friend with a camera and at least 10,000 followers on Twitter.

Verses in songs used to be inspired by real situations.

Nowadays, we're not even sure if what they're saying is real.

Biggie knew how to deliver his bars with charisma.

Back in the day, rappers did tracks with their favorite athletes.

Today, they just be on some Drake sh*t.

Speaking of which, they never had Internet curses on them...

These days, rappers feel the need to flex on Instagram.

This was the closest thing Biggie ever took to an IG picture.

Coogi was always a good choice when stepping out in the 90s.

It still is, but not on Young Thug.

Sadly, you don't see anyone doing the Diddy dance anymore.

I mean, I guess this is just an updated version.

Then again, who's to say Biggie wouldn't have ended up like this?

For him, it was always about two things:

Today, it's all about two other things:

It's safe to say there will never be anyone like Biggie again!