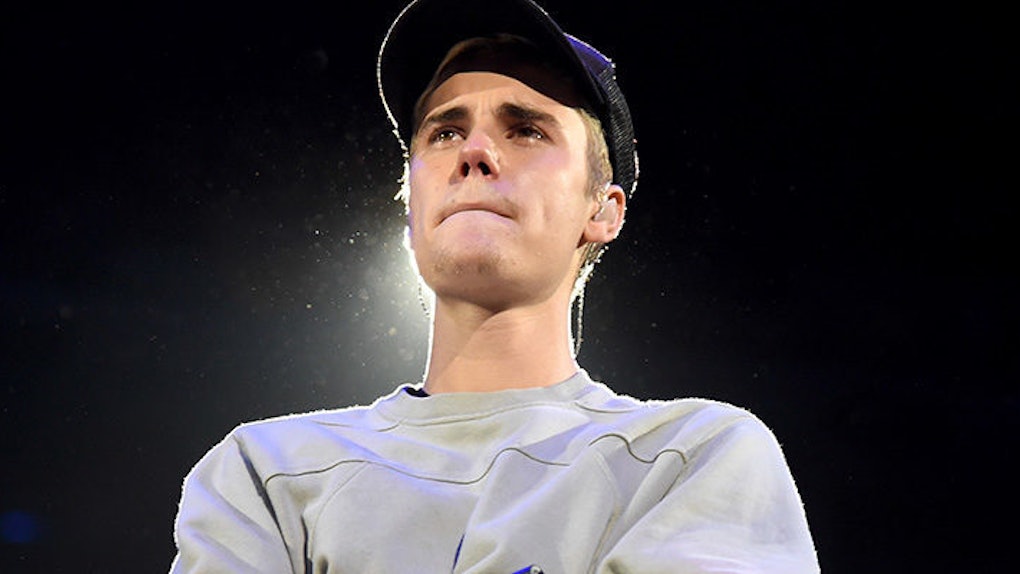 This week saw the release of Purpose, Justin Bieber’s first album of new material in almost three years, capping off what has been an extraordinary yearlong comeback.

Having already scored a massive hit as a guest artist on Jack Ü’s “Where Are Ü Now” it seems like Purpose is set to be the biggest album of 2015.

However, Bieber’s transformation from teeny-bopper to cool electro-pop prince was not an easy one. Following the release of his 2012 album, Believe, Bieber was convicted of driving under the influence while drag racing in Miami.

Police toxicology reports found significant levels of marijuana and Xanax in his system.

He was later accused of vandalizing his neighbor's property and physically assaulting a paparazzo.

With his increasingly erratic behavior (who can forget he peed in a bucket inside of a restaurant?), it seemed Bieber was following the typical track of child star to hot mess.

I’ll admit that I was part of the Bieber hate train. He was an easy punchline with his drastic image change in an attempt to appear gangster and his general “screw it all” attitude.

His relationship with Selena Gomez seemed so over the top, you couldn’t believe it was for anything more than publicity.

In my mind, he embodied everything the media taught me to hate about pop stars: bratty, narcissistic and rebellious without a cause.

However, from the beginning of this comeback I noticed a change.

The new Bieber was so genuine it almost hurt.

In a recent interview for NME, he admitted that he cried watching the Amy Winehouse documentary and that he's, "struggling just to get through the days.”

As someone diagnosed with a mental illness, this statement struck a chord with me.

Often, when celebrities talk about dealing with mental illness, they talk about it in the past tense. They spin their tales so we know they’re better now, and we can keep following them because they are still perfect.

But for a lot of us, living with a mental illness doesn’t include recovery.

Instead, it’s a constant battle to maintain a relatively normal life.

Some days are great, some days are not, but regardless we have to keep pushing through without the promise of reverence from fans on the other side.

To hear Justin Bieber say he can be surrounded by fans and paparazzi, yet still feel isolated and alone, is a relief.

Having celebrities admit everything is not fine, that they are still fighting and that sometimes the battle isn’t so easy, is such a break from the Hollywood depiction of mental illness.

It has a profound effect on those who relate to it.

Purpose is a new sort of Bieber album, shaped to fit this new Bieber.

In between catchy party songs like “Sorry,” and “What Do You Mean?” are more serious titles like “Children,” and “Life is Worth Living,” making it clear Bieber has taken his introspection and put it into his music.

And while the songs may not be the most lyrically complex, they show an attempt to express the inner turmoil going on inside his head.

For those of us struggling with mental illness, the new Bieber resonates on a profound level.

Not that his work is over.

He still sometimes sacrifices tact for authenticity (like when he instructed a crowd how to clap on beat), and still has leaps and bounds to make before he can be as big as he was at the beginning of his career.

I still wouldn’t necessarily call myself a Bieber fan.

But I do have an incredible amount respect for him, and you should too.