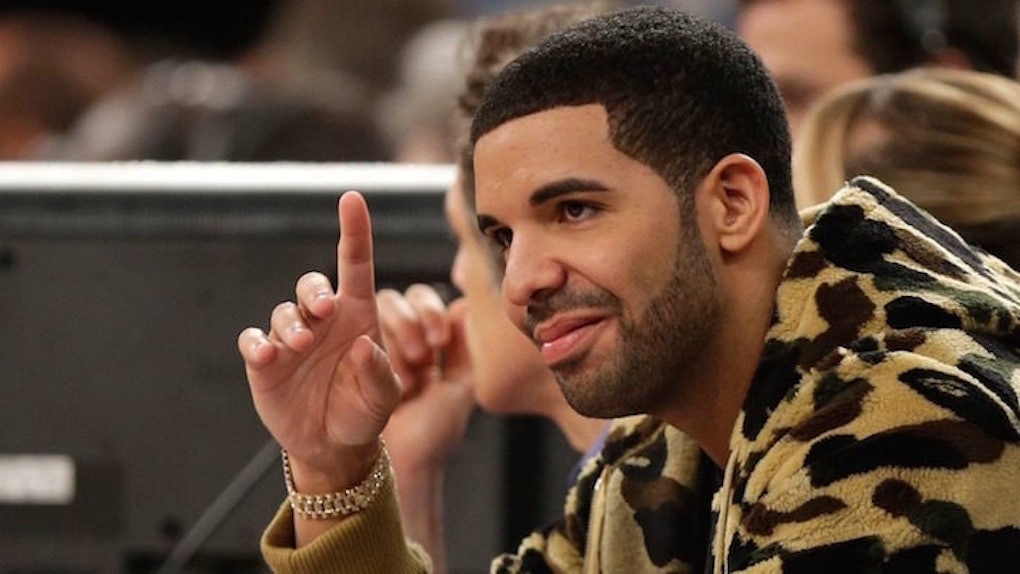 'Gotta Shine This Year': 6 Lessons Drake Can Teach You About Success

"I wanna prove that I’m number one over all these n****, being number two is just being the first to lose."

Drake raps boastfully over "6PM In New York" as a reminder to everyone of his current reign in the rap game, as he continues putting numbers on the board.

And while you may or may not agree with his braggadocio demeanor, it’s hard to deny that Drake is — and has been — making moves in the rap game ever since his arrival on the rap scene back in 2009 with the release of his mixtape, So Far Gone.

Since then, he has gone on to surpass even the king of current day rap, Jay Z, with the most number one records on the billboard R&B/Hip-hop chart.

But this post isn’t to remind you of how successful Drake is, nor is it to discuss his talents as a wordsmith.

Since his first appearance on the scene, Drake has done what a lot of other rappers have failed to do: stay relevant, stay cool and most importantly, show consistency in his craft.

Looking back on his career, there are a few key lessons we can learn and implement in our own lives, regardless of what our goals may be:

Drake doesn’t hide the fact that he isn’t from "the streets," but also reminds us that he is just as street smart as any when he raps, "Takes a certain type of man to teach, to be far from hood but understand the streets."

Drake can certainly kill it with his more hard hitting, braggadocio-esque tracks that are the crux of the rap genre, but it’s when he raps about his life and the struggles he goes through with women and his family that he really shines.

His ability and willingness to story tell introspectively is what differentiates him from other rappers in the game.

And this is why Drake has appeal. In an industry where rappers are renowned for faking their identities to fit cultural norms, Drake done the complete opposite and stayed true to himself, who he was and what he knew.

He reminded us that rapping isn’t about how "hood" you are, but about poetical story telling. Drake says in an interview:

"I just sort of exist and people embrace it. I'm one of the few artists who gets to be himself every day. "It doesn't take me six hours to get ready and I don't have to wake up in the morning and remember to act like this or talk like this. I just have to be me. That's one of the favorite parts of my life; I've done this purely by being myself."

In life, we will always be put in situations where we will want to conform to certain peer pressures or groups, even though we know it isn’t who we are.

Just remember that you can only keep up appearances for so long before others catch on.

Being you — the real you — is all you can be. You will not only gain the respect of your peers, but also attract the right kind of people into your life.

If anyone knows how to deal with haters and controversy, it’s Drizzy. He is constantly teased by haters and critics for being "soft," because of his introspective and emotion-laden tracks.

In "Marvin’s Room," he raps (and sings) about the struggling relationship with his love interest.

In "You and The 6," which is dedicated to his mum, he talks about the struggles of being a rap star and trying to maintain his relationship with his mother.

Drake pays no attention to the critics and continues doing what he does best: rhyming about his life and the struggles he goes through.

In an interview, he was asked what he has to say about being called "soft."

"I'm just being me, and part of being me is being in touch with emotion. That's all I write about. If I didn't write about my emotions, I don't know what else I would write about. "I'd make songs about generic things that nobody could relate to and I probably wouldn't be in this position that I'm in right now."

Drake understands that when you are doing you, you are always going to have a small group of people who won’t like you, and will try and tear you down to make themselves feel better.

It's no secret that Drake wanted to be a rapper, even back when he played Jimmy in the popular Canadian show, "Degrassi." He continued to focus on this dream and eventually achieved his goal.

This is how powerful having an idea of who you want to be, and what goals you want to accomplish, is.

A lot of people have no clue what they want, or they don’t want it badly enough. So when setbacks pop up, they quit.

Drake reminds us of the power that lies in persistence when trying to achieve a goal.

4. Continue to grow and evolve.

While many first heard of the Toronto-based rapper from So Far Gone, this wasn’t actually his first project. Drake released a ton of music before releasing (his third mixtape), So Far Gone.

Throughout all his albums, you see his growth as an artist and person. Comparing some of his early work to his most recent, you’d think you were listening to a completely different person.

You see this happen every year. A new artist will come onto the scene and fail to change and move with the times, soon being lost to the annals of the rap game.

Evolution and growth is the key to life. You either evolve with the times, or you die (both figuratively and literally).

Drake has managed to stay relevant by constantly working on his craft, as he reminds us in "10 Bands," when he raps, "Drapes closed, I don’t know what time it is, I’m still awake, I gotta shine this year."

Drake consistently puts out quality content every album. Even when he appears on another artist’s track as a feature, he makes sure to kill it.

This shows that consistency prevails. Anything you do in life should be done with 100 percent effort.

You shouldn't give up after one success; that breeds complacency, and complacency is the death of any ambitious person.

"What's happening now is meant to be. I don't really celebrate the wins, I don't bother with the negatives. I just keep it moving."

You’re only as good as your last win. So, keep focussing on what you can do now, or tomorrow because that’s all that really matters.

"That’s me singing by the way, incase you didn’t know, it’s some new sh*t, some new sh*t that I’m on," Drake ad-libs over his singing voice on his "I’m Still Fly" track.

While Drake wasn’t the first person to rap and sing, he was definitely the first rap artist to pay just as much attention to his singing as his rapping. So much so, he hired a vocal coach to improve his singing game.

This demonstrates Drake’s ability to blaze his own path in his life and career.

While everyone else was rapping about how much they were "thuggin'" and "hustling on the street," Drake came out rapping and singing about his life and what was dear to him.

He set the path for a host of new, younger rappers (even some older rappers) to follow suit.