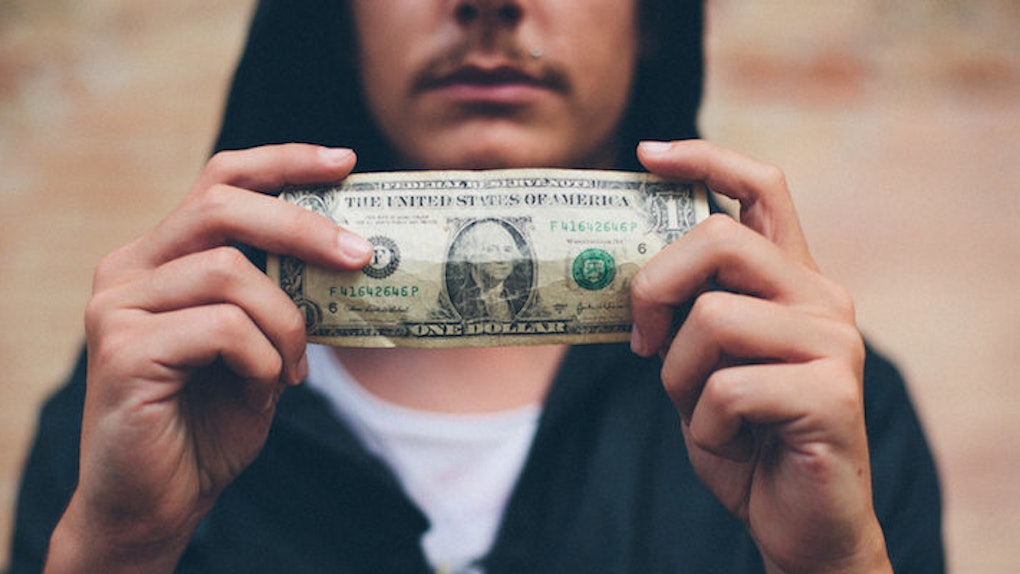 Blind Ambition: What Happens If You Ignore Your Student Loans

Our generation has a lot to be proud of.

We’re more likely to go to college (and graduate) than any other generation before us. We’re known as a creative, entrepreneurial generation.

We are known for our perennial optimism, our desire to change the world and for being one of the most caring, openminded and tolerant generations in history. And, if you ask me, we’re also a group of pretty snappy dressers.

And, sadly, we are also the only generation in history that has become so deep in student loan debt that it has crippled many peoples’ abilities to make ends meet.

According to StudentDebtCrisis.com, American students have borrowed over $1 trillion dollars in order to pursue their education. Though the average student loan debt sits at around $22,000, many people in our generation carry multiple times that amount – especially if they are getting advanced degrees.

If you’ve gone to college and graduated with student loan debt, you already know how much those monthly payments can be. The situation is made doubly worse by the fact that employers are now paying even lower wages for new grads.

While many may feel less pressure thanks to income-based payment plans, the fact is, there are a lot of new grads out there who are making under $35,000 per year and are being forced to shell out hundreds of dollars per month in college loan payments. Some people have even likened it to a “second mortgage.”

The effects of the skyrocketing cost of college education can be felt by just about every Millennial out there.

Many people, some of whom are in their 30s, end up having to live with their parents while they are going out and starting their career.

Simply put, many people can’t afford to pay both their college loan and rent at the same time.

Multiple news reports also noted that the birthrate dropped among Millennials simply because they couldn’t afford to have children until much later on in life.

With some grads (as well as some dropouts), the option to begin the “real life” later on in life isn’t an option. Some do not have parents who will take them in after college.

Some have kids they need to take care of. And still, more just want to begin life without having to deal with a massive burden of debt they may not even be able to afford to pay off.

So, what are grads who are up in their eyeballs in debt supposed to do?

While many new grads are working 80 hours per week to pay off student loans as soon as possible, others are fed up with the payments.

Feeling victimized by predatory loans, and knowing banks cannot “repossess” an education, more and more students are beginning to default on their student loans.

What they don’t realize is how much of a problem they are getting into by doing so.

The Problem With Student Loans

On first glance, defaulting on a student loan doesn’t seem like that bad an idea. In fact, some grads will default, then try to expunge all their debt through filing bankruptcy.

The problem with this route of getting rid of college debt is that it’s impossible to do without serious ramifications.

In fact, declaring bankruptcy will not forgive your student loans at all.

Most Millennials aren’t fully aware of bankruptcy laws, and just assume that declaring bankruptcy will allow them to leave all their debts behind.

In fact, student loans are the only form of loan that is considered to be unforgivable under the current system.

When you default on a debt that’s considered unforgivable, you end up with a number of problems on your hand, and you better believe those problems multiply.

Since the debt is considered to be unforgivable, it will continue to impact your credit score year after year – even if you go bankrupt.

In two states, you can actually have your professional license revoked if you default on your loans. Banks also are able to garnish your wages in order to get the money they want.

Those tax refunds you got thanks to student loans will also disappear. Lastly, any benefits you got from the Fed will disappear, and you are very likely going to get sued.

Oh, did I forget to mention that banks can add even more interest and fees to people who pay late? I did, didn’t I?

How Common Is This?

Partly out of morbid curiosity, and partly because I kept on hearing about more and more people defaulting on their student loans, I wanted to find out how common this is.

So, I had asked a friend of mine by the name of Michael, who works at ScoreCure, what’s up.

“So, while you’re working, do you see a lot of student loan related credit problems?” I asked.

Mike nodded, “Of course. Student loans that go into default can seriously harm a credit score, you know.”

Considering his answer, it appears student loan defaults are much more common than the news would typically have you believe.

Judging by how quickly he replied, it also sounds like there are a lot of students out there who defaulted, but are too ashamed to openly admit it. According to one statistic, as much as 14 percent of all students have defaulted on their loans.

I feel for them, I really do.

The American College Loan Crisis: Solutions For Today And Tomorrow

America has become one of the worst offenders when it comes to the price of higher education, and if it keeps up, most people in this country will think twice about getting a degree.

That’s not a good thing; we need doctors. We need lawyers, accountants and people who are schooled in engineering, science and technology.

But what can we do if we’re all drowning in debt as we try to better ourselves?

For those of us who are contemplating defaulting on student loans, my advice to you is don’t do it. It can and will wreck your ability to lead a normal life.

There are ways to avoid defaulting, too. Here are some of the more popular options for people struggling with loans:

You can consolidate your debt. This can extend the length of time you need to pay off the loans, but it will decrease your payments.

You can negotiate with your lenders for lower payments. If you’re currently going through hardship, there may be a chance they can rearrange your loan for you. This is something you can discuss with your lender.

Consider opting for a plan that allows you to pay based on income. This is becoming increasingly common. Talk to your lender about whether you qualify for this option.

If your loans are federal loans, see if you qualify for the Federal Loan Rehabilitation program. This is a good option for people who have already defaulted, or are worried that they are about to. Not everyone qualifies, but it’s worth a shot.

If your degree has been deemed “worthless” by the US Courts, such as what happened with Corinthian Colleges, you may be able to be forgiven of all debt that you have. There is a process for applying for debt forgiveness dealing with college loans that were taken out for a college that has been caught doing unethical things. Many students from Corinthian Colleges have been forgiven of their loans for this reason.

These solutions might offer some hope to grads who can’t pay back loans in their current state, but that doesn’t do much for the future of the American college degree.

College is very quickly becoming unaffordable. Even the textbooks colleges use are being accused of price gouging, and students are starting to get sick and tired of being held up for every penny just so they can graduate.

If we want to see an educated America, there needs to be serious reforms when it comes to student debt, the price of college tuition and how college tuition is treated in the US tax system.

At least one politician has suggested making college free of charge. That would be a wise choice, if you ask me.

As Millennials, we will need to work hard to get politicians to listen to us about the student debt crisis. Otherwise, we’ll all feel the sting of the unforgivable debt for the rest of our lives.