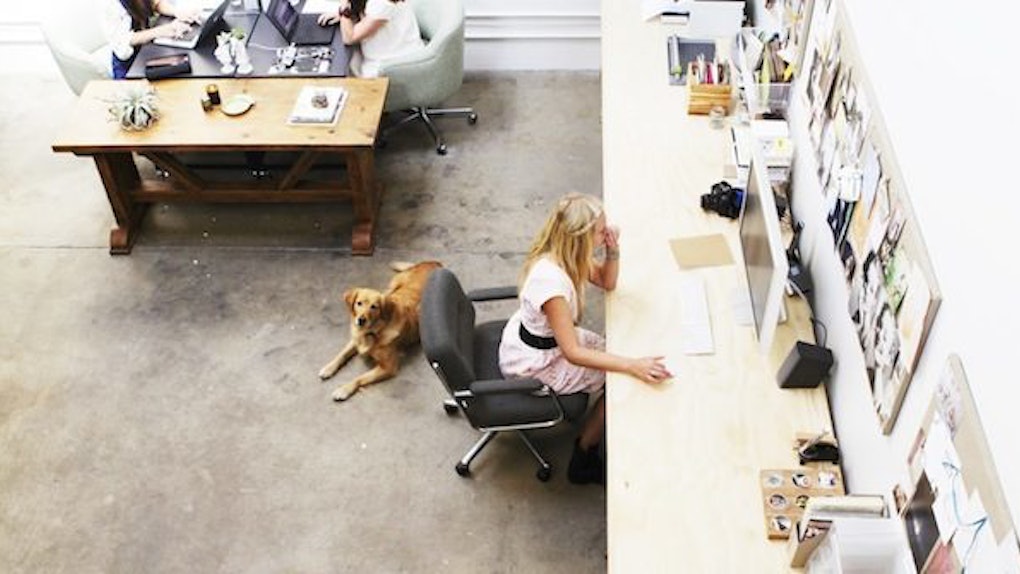 Having a disdain for work seems to be an innate trait in just about all of us who never joined the military. It’s not that we are lazy; it’s just that the world offers so many other fun things.

However, when that disdain for your work becomes absolute hatred, it might not be just a natural occurrence.

If you are coming home, bitching every night and start having work-related night terrors, there’s a good chance it’s not just your love of "OITNB" that’s keeping you from wanting to go into the office in the morning.

When I wanted to leave my oh-so-grown-up sales job with a publication after having only been with the company for a short time, I felt like I was giving up on myself.

The fact is, no matter how badly I thought I wanted the job, it wasn’t the best fit for me. Because of the process, I learned there are certain signals you should be sure to look out for to let you know it’s not you, it’s your job.

Here’s how you know its time to part ways with your professional title:

1. When getting up in the morning is literally harder than running a half-marathon before coffee.

Or you have seriously considered licking the bottom of a shoe in hopes of catching mono. Oh, maybe today will be the day your engine doesn’t start!

2. When you practice what to say if someone asks if you like your job.

You have found yourself stumbling for the words far too many times at social gatherings in the past. The lie goes a little something like this: “Yes, thank you. How’s the guac?”

3. When your boss asks you if you are pregnant.

4. When the most productive thing you do all day is go to the team meeting.

And even then, it's only to eat the free donuts. Other than that, you probably got like two or three hours of real work in, tops because even thinking about tackling that to-do list is soul crushing.

5. When your team actually has a ton of work to do, and your boss is out getting her hair done.

Or her nails or is at some monthly personal appointment she did not bother to even come up with an excuse for this time. Oh, but you did get that email about the deadline, right?

6. When you are no longer being asked to do things outside of your job description.

Now, you are either just being told to go refill the toner or are still sorting the same mail you did six months ago. Either way, your paycheck probably has not grown in the past year and you might seriously consider jumping ship right about now.

If your employer is not contributing to your professional growth, there’s not much of a point, especially if you aren’t passionate about what you are doing.

7. When any percentage greater than or equal to 60 percent of your coworkers are unhappy, too.

It’s not something in the water, and it’s not just because it’s Monday. If something negative is said in the majority of your interactions at work, take note.

Listen to the clues around you. When everyone feels as though he or she is getting slighted and morale is low, start weighing your options.

8. When you are getting really good at doing something you hate.

Because all that means is you are going to be asked to do that thing you hate even more. And shouldn’t you be working in a job where your daily tasks don’t make you want to stab a pen in your eye?

9. When you find out you were lied to in your interview.

- During the interview: “We would love to see the person we hire for this position be trained for and grow into some-other-more-desirable-position.”

- One year into the job: “I don’t really know you, but I just don’t see you as some-other-more-desirable-position-title.”

Because it is so not you.