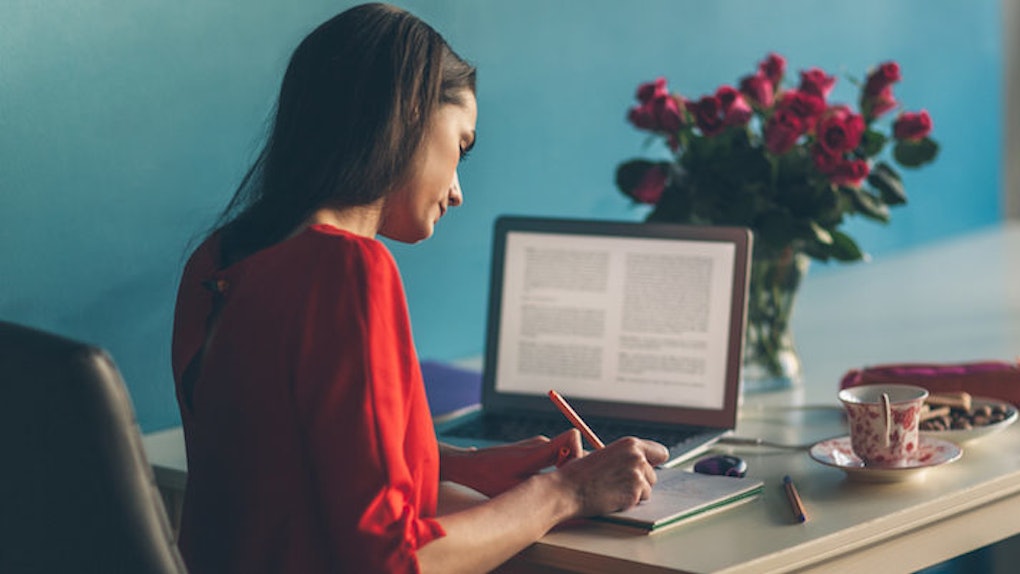 Why Your Résumé Is Broken And How To Fix It

Somewhere along the road that is my career path, I became a Certified Professional Résumé Writer. Yes, that’s a real thing. I even have the certificate to prove it.

I can safely say, one of the best investments you can make as a young job seeker is having your résumé professionally written. Most services are aimed toward senior level executives, but there are great, less expensive services, like The Write Future, that write résumés  for millennials that are entry to mid-level candidates.

I held a brief stint as a résumé writer at a major career services company in New York City and since then have used my expertise to write hundreds of résumés, working with every type of job seeker imaginable, from young college graduates looking to get their foot in the door, to mid-level self-starters intent on moving up the ladder, to top-level executives that run companies like Walt Disney and Goldman Sachs.

Working on a personal level with such an array of job seekers has given me a front row view of just how discouraging and frustrating the job search is for so many people.

A large majority of the job seekers that found their way to me were on the brink of utter defeat (and insanity), prepared to throw in the towel and give up on their search altogether.

There’s no denying that the job market is a black hole, and that the recession has generated a number of lasting effects, especially for Generation-Y.

While unemployment among today’s youth has reached all-time high numbers, so has youth underemployment.

A recent report commissioned by the Department of Education has revealed just how difficult post-recession life has been for Gen-Y, displaying staggering numbers of Millennials still living under their parents' roof and earning under $25,000 annually.

The harsh reality is that securing a job, let alone a dream job, is extremely difficult. However, the other harsh truth is that “the economy” is certainly not always a plausible scapegoat, and the same common and detrimental résumé mistakes are being made time and time again by otherwise qualified candidates.

I like to compare the act of submitting a résumé to a first date. In both cases, you put what you think is the best version of yourself out there for someone to accept, get to know, and ultimately, critique and consider. All you can do is hope your initial projection of yourself was good enough that you’ll get a call.

Naturally, first dates are more complex than that, though the idea that you are delivering the best, highest quality representation of yourself to be judged and looked over is simple.

The problem with so many job seekers is that they are simply getting their résumé out there to get it out there, without ensuring that it portrays their most desirable self, from past experiences, to skills, to future intentions.

Based on my communication with employers regarding what works and what doesn't, as well as the most common and consistent errors I’ve come across, here’s a list of five résumé-related errors and how to amend them, tailored for the Millennial job seeker.

1. Toilet Paper On Your Shoe

There are two types of people in this world: those who realize they have toilet paper stuck to their shoe before they walk out of the bathroom and those who don’t. To achieve the former, all it takes is a second look.

When it comes to common résumé mistakes that will ensure a spot in the dreaded "no" pile, nothing is more frequent than sloppy mistakes like typos, poor grammar and errors as striking as misspelled names.

The irony is, these problems are the easiest to avoid. Like the toilet paper issue, all it takes is a second look. Or, in this case, a few looks, as well as a look by another pair of eyes.

Attention to detail is a key qualification for any job, and a mistake-free, proofread résumé shows that you’re qualified in that department.

If there’s one thing our generation has in common besides social tendencies, it’s probably ramen noodles. They’re simple, don’t take major preparation, and at the end of the day, they get the job done.

While the quick and fast approach may work with dinner, it doesn't with résumés, and too many of today’s job seekers throw together a microwave-dinner-style résumé just to get something out there. The problem is, like ramen noodles, a generic, last-minute résumé leaves no lasting impression. Trust me, employers will know within seconds if you put in real effort.

With the amount of competition out there, a bland résumé devoid of any real detail of prior experience and thought-out core competencies is sure to be passed over.

You wouldn’t bring ramen noodles to a cook off and say it represents your culinary skills, would you? So why trust that a thrown-together résumé with a dry format you stole from your most productive friend is going to prove that you’re a candidate better than the rest?

We all know the gym is a place to work out (or at least make it look like you’re working out). Though, most gyms -- Planet Fitness aside -- double as meeting grounds for self-proclaimed body gurus and bro scientists that spew ever-changing, contradictory gems of fitness advice.

Like the sweat-stained sanctuary of supplement recommendations and arguments over reps and caloric intake, the hazy realm of résumé help across online forums and college career centers is just as vague and potentially self-destructive.

It is important to absorb tips and advice, but doing so with apprehension is key -- especially when the advice is coming from non-professionals.

Like fitness, the same routines and diets don’t work for everyone. We’ve all got different backgrounds and strengths, and being honest about those aptitudes and tailoring them for the jobs you are applying for is most important.

Maybe your friend told you education should come last in the résumé because he or she has such strong experience, but you, lacking professional experience, have strong coursework and a master’s degree that should appear in the forefront of your résumé.

Maybe your friend with a 4.0 has his or her GPA bolded and obvious; though, if you’ve got a 2.9 GPA but strong, sustained work experience all throughout college, there is no need for a GPA to appear.

But seriously, no carbs after six.

This one is simple. Don’t take selfies and don’t use the pronoun “I” in your résumé. Résumés should be written in the “implied first person.”

For example, instead of writing “I assisted doctors with patient preparation, taking vital signs and conducting physical exams,” the sentence should simply begin with, “Assisted…” if the content is related to a past position, and “Assist…” if the position is current position.

Sentences should be written so that they would make sense if the pronoun “I” was placed in front, though it should remain absent. Oh, and don’t take selfies.

5. Extra Help Is For Losers

We’ve all been too cool to attend an extra help session in school. You may have no idea what an algorithm is or if the word reciprocal is even English, but that’s better than admitting you need help, right?

Believe it or not, there are people out there that really do care about résumés and can provide the proper optimized templates, language, format and personalized experience to ensure your résumé is professional and up to industry standards. Sites like The Write Future even cater specifically to Millennial job seekers and young professionals.

Employers love to see professionally written résumés because they contain only the key information that they are looking for. Most hiring managers will look at a résumé for mere seconds before passing you on as a potential candidate or trashing the document forever.

Help is a good thing. Just remember, the kids who weren’t cool in high school are probably the coolest now.