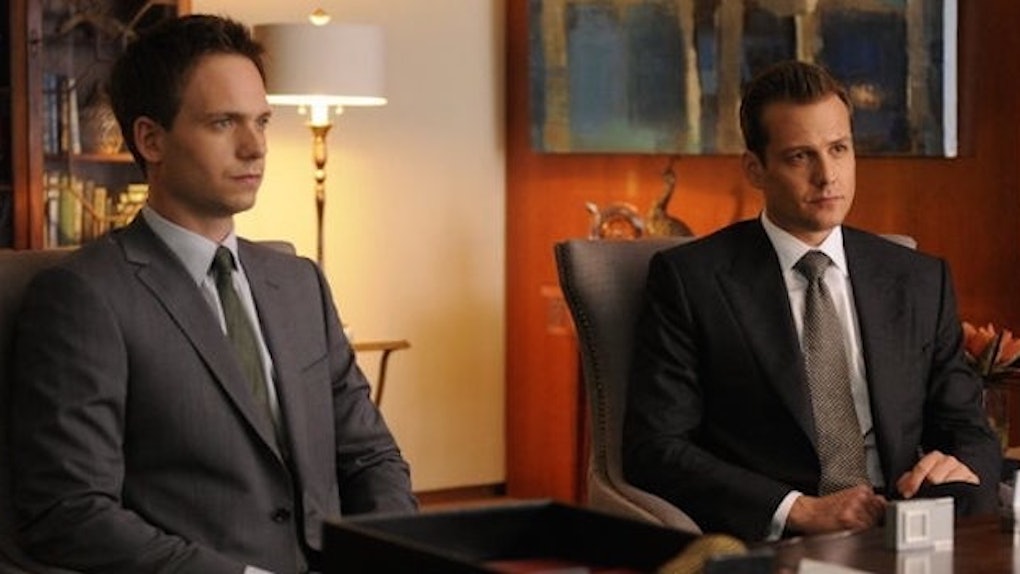 One thing you learn as you get older is that sometimes, the harder you try to do something, the less effective you become.

Think about the ballplayer who tries to hit a home run every time he’s up at the plate, compared to the one who tries to make solid contact in each at-bat.

Or, think about the quarterback who tries to force a ball into tight coverage 30 yards down field, compared to the one who “settles” for a shorter 10-yard dump-off to the running back for a first down.

Think about the veteran movie star who takes a role hoping to use it to win an Oscar, but ends up “chewing the scenery,” compared to the no-name actor who surprises you with a debut performance.

When you try to impress people, it can be easy to go a couple of steps too far.

That can happen a lot in interviews, especially right out of school when you’re just getting your foot in the door.

When this happens, people will notice you’re not yourself.

They're keenly aware you're “forcing” it. They can’t relate to it, and it leaves you on the sideline, wishing you had done something different.

Basically, people don’t like being hit over the head with a sledgehammer.

But when you lead or impress them by example, quietly and consistently, it has a good chance of sinking in and sticking with them.

Derek Jeter and Tom Brady are great examples of, well, leading by example.

They’ve never had to get up and announce, “We have to be consistent, and we have to work hard!” They are so true to that mentality themselves, and they practice it so consistently, people just know it’s who they are.

I’m not saying these two captains don’t get up in their teammates’ faces now and then; I’m sure they do.

I’m saying that’s not why their teammates listen to them and want to follow them.

It’s because they work hard and do their jobs every single day.

So I ask you, who do you want to impress?

The job market is crowded. There’s no way around that.

Between all of the online destinations for job listings, headhunters and lack of opportunities, I understand how stressful it is to make a positive impression in an overrun field.

This all can make you want to overwhelm someone with all you have to offer because, yes, as clichéd as it might be, first impressions are everything.

But, think about trying to impress someone while keeping his or her perspective in mind.

Beyond that, once you score an interview, know you've already won. You've already cut through the clutter, and you're one step closer to locking down the job.

All you have to do is seize the opportunity.

Ultimately, you're selling yourself.

If you want to be a successful salesperson, you have to have an understanding about how your “customer” needs to receive what you’re selling.

A hiring manager has people coming from all different directions trying to attract his or her attention. One person or a small team of people can only take in so much information.

If you really want to stand out, think about all of the things you have done to get to where you are, and apply it to what the company needs.

You don’t need to do much more than that.

So, next time you find yourself needing to impress someone, ask yourself how you're going about it.

Is it quietly and consistently? Or, is it with a sledgehammer?