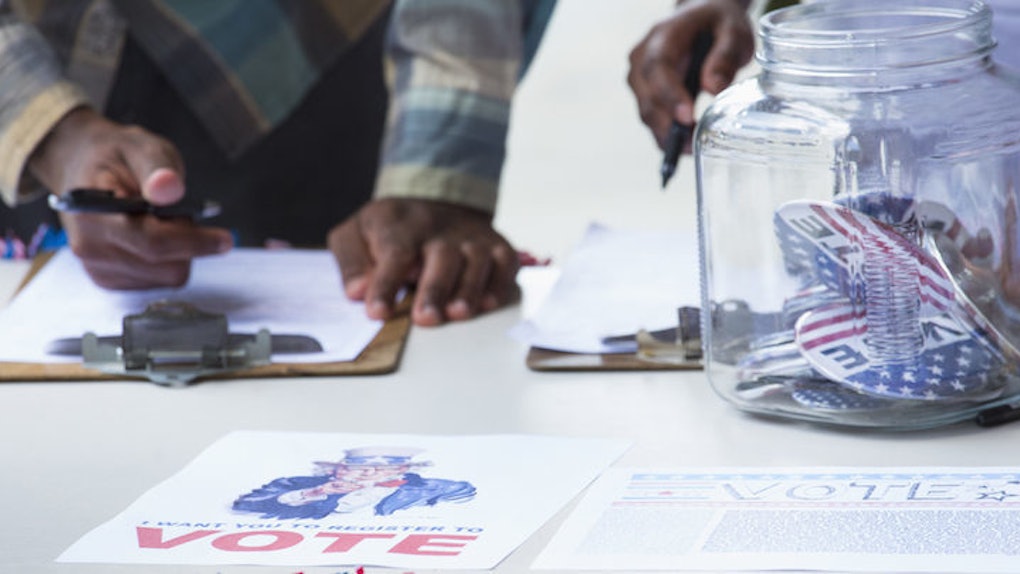 With the final Republican debate of the year wrapped up, it is an important reminder of how close this election is.

Next November, we, the citizens of the United States of America, will be able to vote and choose our next president.

This is an awesome right that everyone should utilize.

However, many young voters are not educated with the candidates and their policies, so they may not even vote.

This is awful, especially since the young vote is a key component to winning elections.

As young voters, we have the power to decide what the future of our country will be and who can run it.

However, we need to do the research in order to make an educated vote.

Therefore, if you are a young voter, here are five important reasons to consider getting educated on the current political candidates in both parties:

As a citizen of the United States of America, it is your given right to vote for what you believe in.

I once had a teacher tell me, “If you don’t vote, you can’t complain about what the person in office does.”

This is entirely true. If you do not vote, you’re essentially giving up your voice for no reason.

Therefore, if you end up not liking what happens or who gets elected, you are in no position to complain because you wasted your opportunity to change the outcome.

The only person you’re hurting is yourself.

2. You find out more about yourself through getting educated.

By learning about what you believe in and which candidate you like, you gain more insight about yourself.

You might find that you believe in something you never thought you would, or that you are more passionate about a particular topic.

This not only will help you come to a better conclusion on which candidate you would like to support, but it will also teach you more about you as an individual.

3. It will make you more aware of the world in general.

By tuning into debates and different news mediums to learn about candidates, you will end up learning more about what is going on in the world in general.

This can especially happen in debates when candidates are grilled on the most important current topics.

By learning more about key issues, you will by default learn more about current events and the world as a whole.

4. You will sound more educated with an opinion.

By gaining your own opinion and foundation of beliefs, you will sound more educated overall.

Not only will you not be clueless if the topic of politics comes up, but you will also be more educated overall.

By keeping up with the news and the candidates, you will sound more educated than someone who has no idea what is going on in the world.

This in of itself is a bonus, because who doesn’t want to sound educated?

5. It’s your future as much as anyone else’s.

This person’s decisions will affect your life and their policies could make or break your thoughts on the state of the country.

By voting, you are contributing to your future by deciding who you trust the most to lead the world you live in.

Whether you are a Democrat, Republican or Independent, it is important to vote.

You have a voice and it is up to you to utilize it.

As a young voter especially, the spotlight is on you to vote. There is no reason not to take advantage of this opportunity and stand up for what you believe in.

Even if you know nothing about politics, you still have eleven months before it becomes time to choose someone.

Now is the perfect time to begin figuring out who will win your vote.