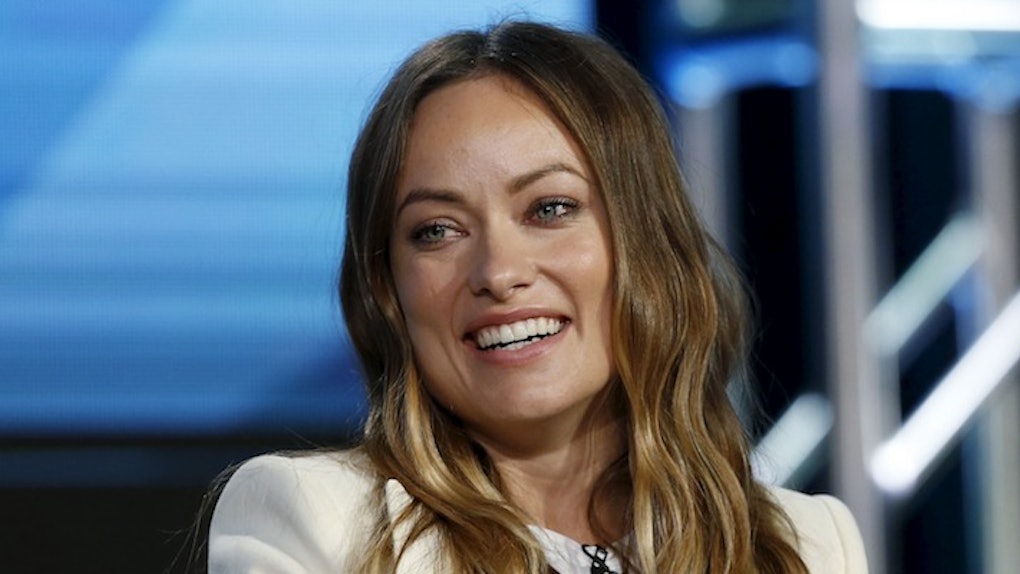 Last night, Olivia Wilde took to Twitter to rant about unchivalrous subway riders who wouldn't offer up their seat for her. And no, it's not because she's an entitled celebrity.

And her remark has sparked quite the conversation.

Of course, Wilde isn't the first woman to call out others for their lack of decency. Heck, women have been complaining for years that male chivalry is dead. In fact, I'm one of those women.

But men aren't the only ones to blame. Let's take a step back and examine the female-to-female dynamic too, shall we?

While there isn't much research on which gender is more likely to offer up their seat to a pregnant woman, there is plenty of anecdotal evidence to suggest that women are, indeed, the worst offenders.

For instance, "Today" show host Savannah Guthrie and meteorologist Dylan Dreyer — who are both currently pregnant — shared this morning that other women don't give up their seats for them, while men do.

And then, there's this witty, NYMag piece in which Jessica Grose documents her own subway experiences. Gross recalls:

A woman standing next to me who looked to be in her forties or fifties caught my eye. She looked down at my stomach, and then looked into the train. I followed her gaze, and soon we were both looking at the single empty seat in the car. The second people stopped coming out of the train, we started to board at the same time. She elbowed me out of the way so that she could get that open seat.

Plus, there are the experiences I've personally witnessed as a New Yorker over the past eight years. I haven't seen many women give up their seats for their pregnant peers. Usually, it's both men and women choosing to stay in their own little worlds of ignorant bliss.

I mean, THIS is what's plaguing our generation, isn't it? Hiding so deeply within our phones, laptops and the world of social media that we can't even take notice of the people or things happening around us?

Hell, I'd be a hypocrite if I said I haven't once looked down at my phone as a pregnant woman entered a subway car, desperately looking for a seat. I don't think I'm a bad person or anything. I guess, at the time, it was just easier to keep doing what I was doing than go out of my way to do something nice for someone. (Ugh, it feels weird and incriminating to say that out loud.)

I've been that girl — the one who likes to pin all of the blame on men for the shortcomings of the dating world. But now, I'm a little more empathetic to men because I've slowly realized that they're not the only ones to blame for miscommunication, missed gestures, and general douchebaggery.

We women should be treating each other the way we wish everyone would treat us, so that everyone can see how it's done. Or, at the very least, we should stop complaining that "chivalry is dead."

I think if women stopped considering one another competition, if more women saw other females as allies in life AND in the dating game, than we could all coexist peacefully. And not only that — we could thrive.

It could start with kind acts on the subway. A little bit can go a long way.

And then maybe, just maybe, if men saw us reaching out and helping each other, they'd follow our example and stop complaining that feminism killed chivalry.

So, the next time you (or I) feel the need to rant about the shortcomings of men, take a second to think about how you've been treating your own kind.