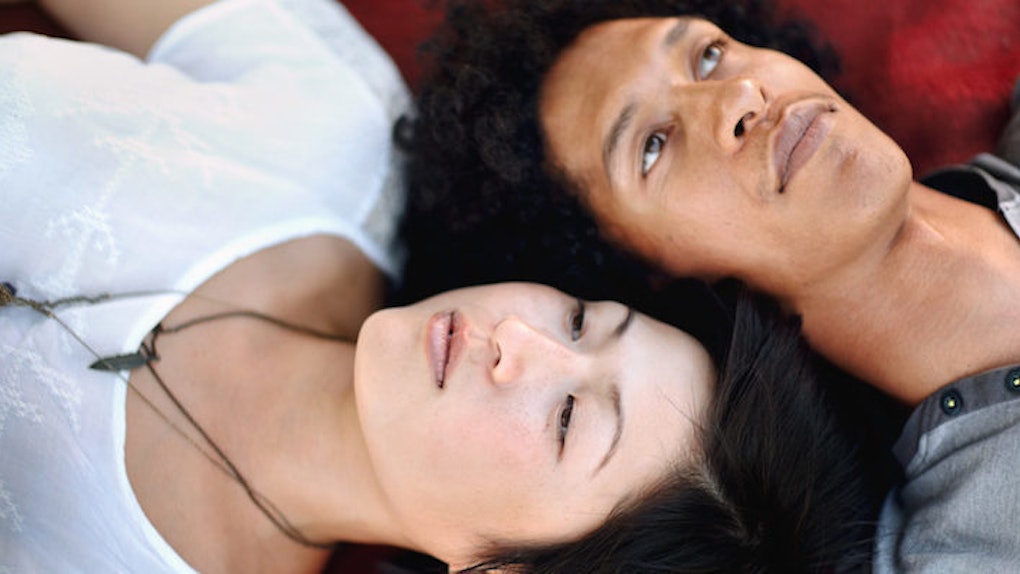 He May Be Having Sex With Only You, But That Doesn't Mean He Wants More

This hookup buddy got to me, like the cream-colored walls of my sister's home that I never really loved but eventually grew to appreciate. He was mostly there when I needed him. I was always there when he needed me. Our relationship was 80 percent good sex, 15 percent light conversation, and 5 percent talking about our feelings.

I didn't have to assume I was the only girl he was sexing. I just knew. We'd fallen into a routine: Every weekend, he'd come over after work. I'd have the bed made, and if I was really lucky, he'd whip me up something hearty and Italian.

There was no doubt about it: This man was spending his weekends in bed with me. Not his roommates, not his family, and not some other girl. Just me.

One night, he said the dreaded thing I didn't want to hear. And it's only because I accidentally took it upon myself to get it out of him.

I don't know what it was about that particular night. All I know is we were having sex -- real, rhythmic sex -- and tears started welling up in my eyes. It was all just too much. The way his bedsheets smelled, the stupid boyish grin on his face, that sparkle in his dinosaur-green eyes.

"Stop," I blurted out, covering my face with my hands like a little girl who spilled something in her mom's kitchen. "I can't do this. I can't have sex with people I actually like!"

He climbed up and off of me. "Oh. Are you saying you like me?"

In true Sheena form, I danced around the question I didn't want to answer. "I didn't say that."

Turning away from me and facing the wall, he said: "Well, I'm not looking for anything real serious, you know?" He lit a cigarette.

"...Yeah." I was so fucking vulnerable. Couldn't the man at least wait until I put some clothes on?

Couldn't the man at least wait until I put some clothes on?

I wasn't happy to hear it in that way, and he certainly wasn't happy to have said it. But there we were, the both of us, trying to pretend I never said anything, because I knew I wouldn't let his answer keep me from him, and he knew that I knew that.

His admission didn't surprise me (deep down, I knew what he was in this for. Hell, we started out as a one-night stand). But I guess I'd hoped for more. I guess I wanted to know that spending your most intimate moments with a person was enough to make him want to prolong those intimate moments, not merely indulge in them whenever he felt "the need."

It was always like the together moments had never happened.

He was my last hookup buddy because he taught me a grave lesson: Just because your hookup buddy is only hooking up with you doesn't mean he wants something more. He wants you, but he doesn't need you. He'd prefer you, but he can live without you. It's like my writer friend Treez says: "I want sex. But I need to breathe."

Fair. Succinct. And brutally honest. In fact, so honest that on this one, you almost can't help but take your hook-up buddy's side.