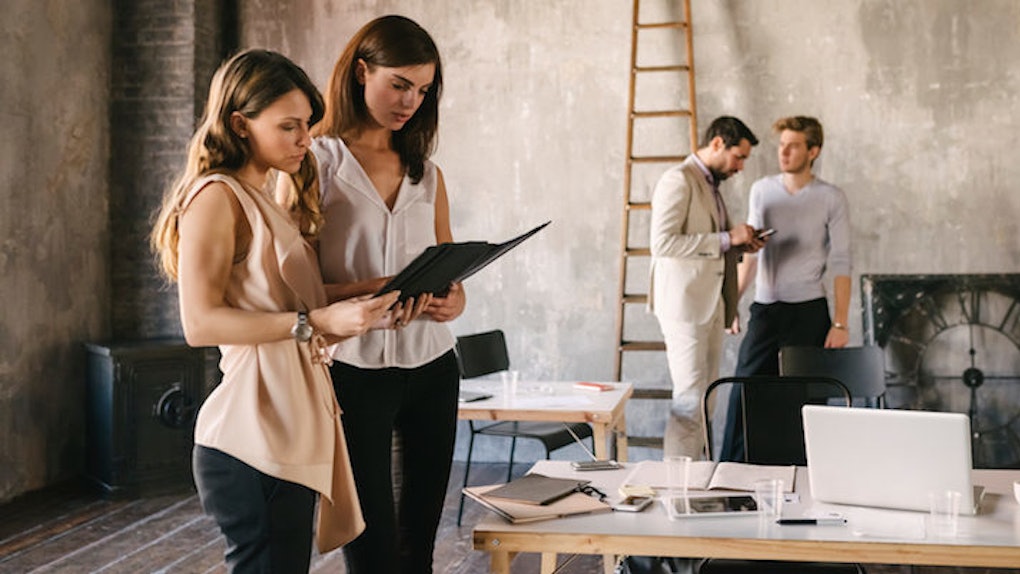 Why Millennials May Be The First Generation To See Gender Equality

As the inevitable wheels of history continue to crush the old patriarchal order, we may be witnessing the beginning of the end of the wage gap that has oppressed generations of women.

So, this generation has made significant progress. But what is the direct cause of this shrinking gap?

The answer is the destruction of the family.

Let us make this very clear. We should celebrate the destruction of what society calls “the family.”

Because the reality is, what we call the family is just the product of a capitalist, Victorian society, which either trapped women inside the home or forced them to work at ridiculously low wages.

We frequently think women before the Industrial Revolution sat at home and just did some minor chores. But, that is not the case. There were female blacksmiths, weavers, potters and crafters of every trade a man could do.

Yes, they were frequently restricted to the trade which their husband did, and we should not pretend that the pre-Industrial era was some era of equality.

But even Ancient Rome, a society where the Emperor Augustus exiled his own daughter for her promiscuity, permitted women to hold property.

But while defenders of capitalism like to claim that the Industrial Revolution liberated women from their own roles, the reality is, it chained women and restricted their rights.

Women became slaves to their husbands, with their labors, property and children placed under the “protection” of the husband.

Courageous feminists have attempted to destroy this monstrosity and create a system where women are truly viewed as equals.

But while progress has been made on the legal and social fronts, the capitalist ideal of a women trapped in the home has not been completely killed.

The aforementioned Pew Center analysis points out that 39 percent of working mothers “have taken a significant amount of time off from work to care for a child or family member,” compared to 24 percent of working fathers. Women are the ones who are supposed to give up their jobs when a child is born, or rush home if he is sick.

This dynamic keeps women from making wages comparable to men. Conservatives like to claim there is no wage gap because it fails to account for the fact that women do not take the same jobs as men, and they are more willing to leave their jobs to take care of their families.

But that happens because our patriarchal family system forces women to do that.

However, the Millennial generation is making progress there. New, untraditional family structures and sexual habits are rising as the nuclear family falls.

And society is better off for it. What’s more, new career opportunities, in areas such as information technology, are allowing more flexible working patterns.

In fact, some reports indicate that less than half of modern families can be considered “traditional.” Four in 10 children are born out of wedlock, and 34 percent of households are single-parent.

Holidays are no longer all about awkward family gatherings with some uncle you only meet once a year, and more a celebration of thanks with your friends.

And that is a good thing.

For women, this dynamic encourages a move away from the family and a move toward a communal approach, which departs from traditional patriarchal roles.

Society benefits because this helps form true communal bonds, as opposed to the awkward bonds formed with family members you would never talk to otherwise (if any bonds are formed at all).

Perhaps the best thing of all is that Millennials are putting off marriages later than ever, and they are having fewer children.

As noted above, one of the biggest reasons for a wage gap is because we have women abandoning what would be otherwise blooming careers, thanks to the social pressures of motherhood. If motherhood shrinks, then this social pressure will lessen, as well as the wage gap.

Conservatives and defenders of the capitalist patriarchal order like to mock Hillary Clinton’s “it takes a village to raise a child” statement.

But because of this, women are no longer trapped under social pressures, and society members can forge communal bonds beyond the family.

By marrying later and having less respect for the institutions of old, Millennials represent the march of history and progress. With this generation, true equality between men and women may finally arise.