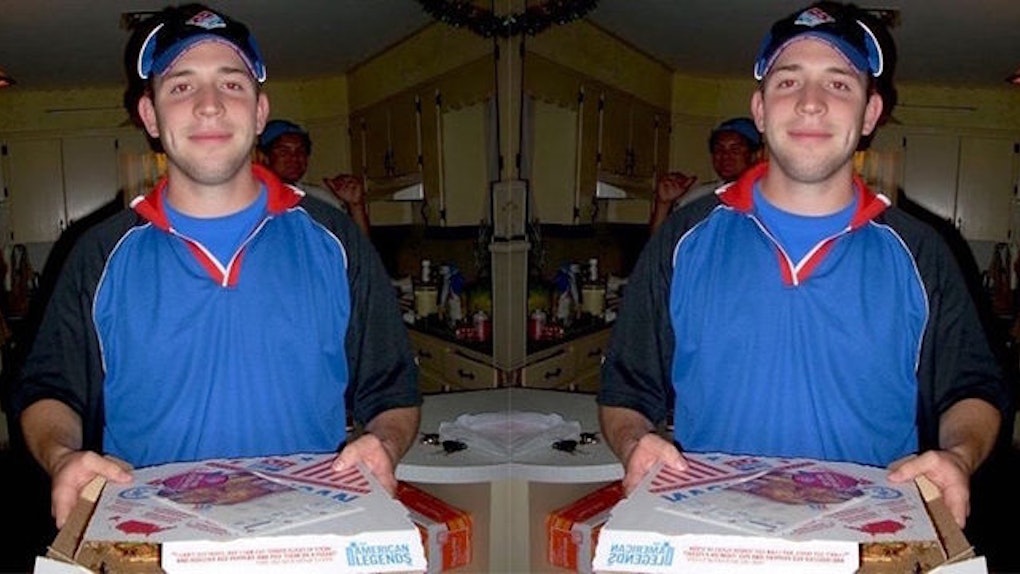 Why You Should Have Multiple Jobs Before You Start Your Career

I got my first job at a carpenter's shop when I was 16. It was summer, and my parents wanted me to keep busy and learn financial responsibility -- and I didn't mind having the pocket money. I spent most of those days lifting large piles of wood and cleaning up sawdust.

It was tough work, and I remember coming home and saying to my mother,

I'm definitely going to college because I don't want to do this forever.

This is not to say carpentry isn't a respectable profession, but woodworking is hardly what I'm most passionate about.

And this is precisely why it's so important to vary your employment experiences as it helps you figure out whom you really are.

I've held a number of different jobs throughout my life so far (I'm 27): I've been a pizza delivery guy (that's me in the photo at the top, by the way), barista, retail worker, waiter, bartender and teacher.

Every job taught me something different about myself and the wider world. In the process, each helped me narrow down what stimulates and excites me, leading me to my current profession.

Each job also taught me there are people with integrity in every profession -- from manual labor to academia.

In essence, I'll never think I'm better than a pizza delivery guy because I used to be one, and every person deserves to be treated with dignity and respect.

My various jobs also helped me realize how important it is to get an education as it's the gateway to an enriched life.

I'm hardly the only person who held multiple jobs in his or her 20s. My generation, in particular, seems to have a propensity for switching from one job to the next.

Indeed, Millennials have reputations as "job-hoppers."

Conventional wisdom tells us job-hopping is bad for your longterm career prospects. The argument is it suggests you either can't keep a job or aren't enthused about anything in particular.

In other words, people want to see you have the ability to commit to something and if you're constantly switching jobs, it sends mixed signals.

But there's also a great deal of evidence job-hopping has immense benefits, particularly if you do it in your 20s.

Speaking with The Atlantic, Siu stated,

People who switch jobs more frequently early in their careers tend to have higher wages and incomes in their prime-working years. Job-hopping is actually correlated with higher incomes because people have found better matches—their true calling.

Interestingly, Siu also argued while youth unemployment might be high at the moment (Millennials make up roughly 40 percent of America's unemployed people), that's not necessarily because they're having trouble finding jobs. He explained,

You can quite clearly see the reason young people have relatively higher unemployment is not because they have a harder time finding jobs. Actually, they find jobs with greater ease than somebody who is 45 or 55. But they are more likely to leave a job.

And when they leave, young people try entirely different things with their next jobs. They are more likely to be experimental with their job choices, and there's nothing wrong with that.

As Siu put it,

There's still this antiquated notion that success is a stable labor force attachment, and then you get to your 50s and 60s, and you're golden with the pension plan and that's it. The US labor market is much more fluid than that. There is more movement in-between jobs. The fact that young people have higher unemployment than others is, to the extent that it's due to [switching jobs], a good thing.

Simply put, if you don't like your job, life's short. Quit and try something else. This is easier said than done, of course, and it can be frightening to embrace the world of unemployment, even in the short-run. But it's also healthy and helps you down the line.

Having multiple jobs under your belt provides you with a diverse array of skills and experience, and it can be a huge resume booster in that regard -- it's a sign you're adaptable.

More importantly, it leads you to greater satisfaction in life as it helps you find what really makes you tick.

Staying in a job because you don't want to deal with the stress of transitioning or don't want to give up the paycheck might feel practical, but it's also a profound waste of your time on this planet.

Citations: What Should I Be When I Grow Up Occupations and Unemployment over the Life Cycle (The National Bureau of Economic Research)