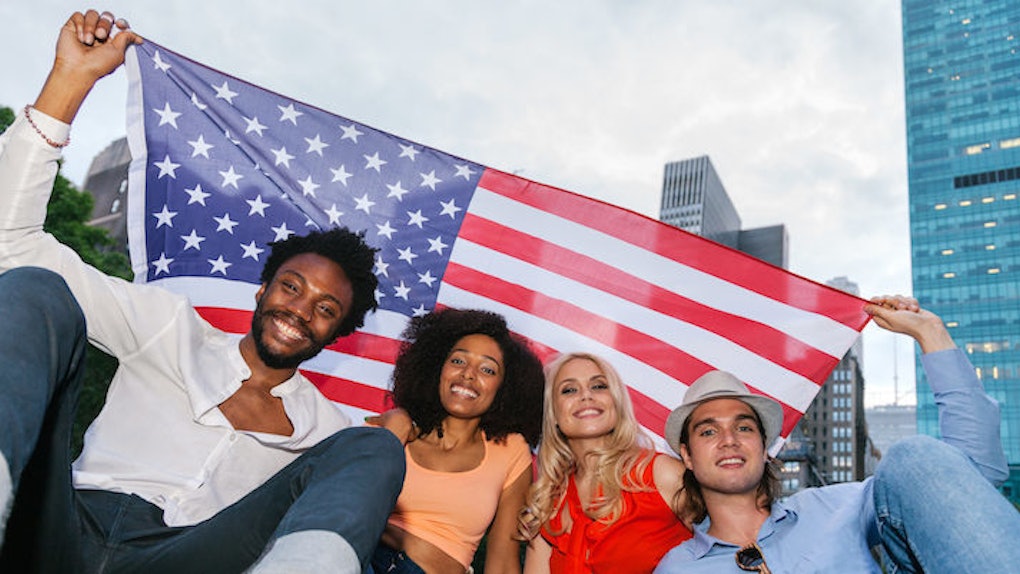 10 Ways White People Can Stand Against Racism In Their Communities

Since the death of Mike Brown, an unarmed young black man who was shot and killed by police this past August, the media have given significantly more attention to the constant discrimination and hate crimes that communities of color in America endure.

Many articles have been written instructing white people on how they can be allies to the movement of racial equality, but in all honesty, I don’t think we’re there yet.

I do not believe we can talk about truly being allies, while so much racism persists in our own, white communities.

If we genuinely want to be allies to people of color, we first need to do the work in our own backyard (something Rachel Dolezal must have forgotten about) before we can confidently label ourselves as allies.

“Community” means your school, your table at Thanksgiving, your fraternities and sororities, your book club, your houses of worship or your breakroom at work.

If, as white people, we can fuse these skills and lessons into our own communities, we sure as hell will be closer to eliminating racism where it holds so much power: behind closed doors.

We have an amazing capacity to educate one another and dismantle racism as we know it, so why not?

Many people have trouble acknowledging the privilege that comes with having lighter skin or passing as white, which is often based upon their own experiences, obstacles or upbringing.

So, let’s begin with baby steps: Acknowledge you have never walked a day in someone else's shoes.

You may think, “Well, someone else hasn’t walked a day in my shoes, either.” While this is true, if we maintain this attitude, we will learn nothing.

This perspective stretches beyond the paradigm of race, and that is why it’s incredibly powerful and will ultimately change our perspective on life.

Check this famous game-changer out for starters: “Unpacking the Invisible Backpack,” by Peggy McIntosh.

The only way to get past your biases is to confront them head-on. It’s intimidating as hell, but it's also extremely inspiring, even life-changing.

Question yourself on why you hesitated to sit next to the young man of color on the train, why you assumed that woman approaching you was going to ask for change or even how someone might sound before he or she speaks.

Take a step back; get over the fact you may have a subconscious and racist mode of thinking weaved into your upbringing and confront how you (and your peers) act moving forward.

Pretending we are colorblind and do not possess any biases is not only bullsh*t, but also negates the fact many of us have been taught racism from a young age through the media, the education system and our families.

Watch Verna Myers' TED Talk on how to confront your biases.

Assumptions in general are bad news, but they are especially awful when we infer them based off experiences we do not share and then transform them into definitions.

For example, many people have the assumption all black people love rap and hip-hop.

Although most music has deviated or been stolen from black culture, that does not mean all black people instinctively love rap (or whatever is even being categorized as hip-hop these days).

Case in point is best told by Issa Rae, author of "The Misadventures of Awkward Black Girl":

“I recall a time when I was having a heated discussion with a white, male classmate. Our eighth grade class was on a field trip, and the bus driver blasted Puff Daddy. "As he rattled off names of MCs, he made me feel as though my credibility as a black person relied on my knowledge of hip-hop culture. My identity had been reduced to the Bad Boy label clique as this boy claimed my black card as his own.”

Growing up, I have always cringed at the sound of hearing a white person using words like "ghetto," "thug" or "ratchet."

Words like these have the same thing in common: They express negative connotations, while simultaneously making references to people of color and/or communities of color.

Here’s the thing: The word “ghetto” is more commonly used in reference to poor black communities as opposed to poor white communities, so it's not just offensive, it is racist.

We forget how powerful language is and how easy it is to make words no longer “cool.” So, let's agree to refrain from using these words, too.

The theme party: one of our biggest offenses as white people. I could probably go on about this subject for days, but let’s just examine the example below.

A party at Phi Delt last week at UGA. Theme was dress like you don't have a degree. #NotJustSAE #NotJustUVA pic.twitter.com/lOTMLNu0de — zellie (@zellieimani) March 29, 2015

I’m sure the young women in the photo would not consider themselves racist. I mean, the woman's Instagram account is a reference to a Nicki Minaj song. If she likes a black artist, she can’t be racist, right?

These women obviously chose to dress up as “thug-like characters” because this is an experience so far from their own.

Yet, as we can see from this title of the party, “dress like you don’t have a degree,” they obviously equated stereotypical images of the black community to people without an education.

They are then taking this damaging stereotype and broadcasting it to the world, as well as anyone who attends their party.

For those of us who are white or pass as white, we are privileged, whether we like it or not. So, for us to cover our faces in brown paint or dress up as cultural stereotype not of our own, it's hurtful and damaging.

Aside from the backlash and serious consequences offenders may face, we can all prevent this from happening by simply speaking up, even with a "Hey, I think that's a bad idea. Maybe pick another costume instead."

6. No Matter The Intention Or Spelling, Don’t Use The N-word

I understand people do not like being told what to do, but frankly, why would you enjoy, let alone feel the need, to use a word you know offends people?

Lately, Americans seem to believe freedom of speech means they can use hate speech. “How dare someone tell me what not to say!” they exclaim.

Yet, here is my confusion: If you are white, how is your everyday vocabulary suffering by not using the N-word?

Oh, and before I forget, there is no exemption that white people can use the word while singing along to rap music. If I can incessantly rap along to J. Cole without using the N-word, so can you.

Why are responses to the debate always, “Well, if black people say it, why can’t I?”

What I’m curious to know is why do you want to use the word? Why would white people want to use a word that invokes a history of hatred used by people who look like them?

If you so desperately need to use the word in front of people of color or not, I can’t feel bad when someone catches a video of you and that sh*t goes viral on YouTube.

This goes for all racial slurs, and like many of the lessons in this list, the lesson is: Don't be an assh*le.

Never blindly assume whether or not people were born in the US. And while you’re at it, stop assuming their first language is not English. By doing this, you are also assuming you have the ability to summarize someone else’s entire life.

This is even creepier when you cannot even share a part of that person’s daily experiences.

TV Shows like "The Office" and "Parks and Recreation" poke fun at everyday racism throughout their series, but do you see how unintelligent people look by actually asking and assuming this in real life?

It’s our job to check people, no matter who is or is not around.

I wholeheartedly believe many people act out and behave like bullies because others remain quiet. When you genuinely acknowledge what someone has said as offensive, embarrassment seeps in because the offender knows he or she was in the wrong.

Speak up, even when it’s uncomfortable. This means at the office happy hour, the family barbecue, the doctor's office or on the commute home.

Words of racism happen everywhere, more so, I believe, in areas confined to the white community. (It’s okay if no one hears you, right?)

As Desmond Tutu once said:

“If you are neutral in situations of injustice, you have chosen the side of the oppressor.”

9. Do Not Blindly Take Sides

Lately, it seems our generation agrees before listening and reposts without reading. Blindly agreeing with anyone and anything labeled liberal advances nothing except ignorance.

Educate yourself first, and be critical. Read that petition before you sign your name, and research those founders before you donate your money.

This is extremely important among the white community because many of us want to become allies and help in the battle against racism without knowing how.

This includes supporting organizations and businesses we presume to be liberal or owned by people of color, but, in reality, are owned and led by people who do not uphold the views we had hoped for.

Remember the Kony 2012 video campaign? If not, check here. The lesson is listen, read and do your research.

10. Learn From Macklemore, and Apologize When You Mess Up

As white people, we are bound to mess up when it comes to the topic of race. Growing up, we’ve been taught never to think about it. Plus, if you are white, you’re usually never confronted with it, either.

We are only human. When you make a mistake, address it at an appropriate time and move forward. By apologizing, you are setting a powerful example for your white peers.

If you don’t acknowledge your mistakes and apologize, you will perpetuate racism by not talking about it and also look like a jerk (i.e. Iggy Azalea).