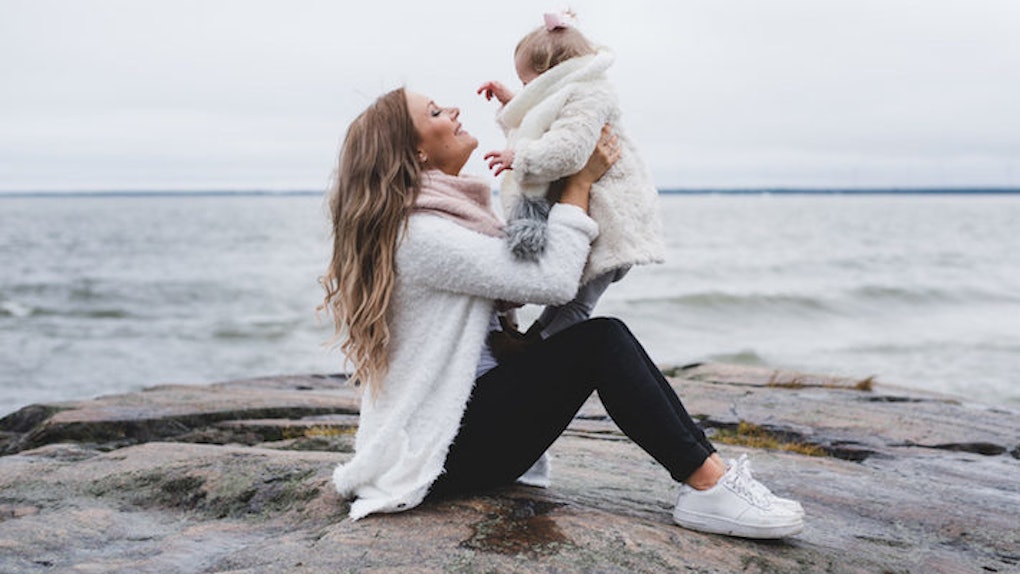 The Tech Generation: What I've Learned As A Millennial Nanny

Growing up, my best friends were my older sister, my family pets and the wildlife around me.

I didn’t watch TV, mainly because my body wasn’t capable of sitting still, but also because I thought the outside world was much more interesting than my couch.

I was given a cell phone when I was 10, but it was a brick. The only phone numbers it allowed me to call were my parents, my sister, my grandparents and 911.

The phone was simply used for emergencies, and most days it got tucked away and forgotten about.

My parents raised me to be creative and to make up my own games when I was bored. My imagination worked in full gear without the assistance of TV, video games, iPads or iPhones.

I currently work for a childcare placement company that sends me babysitting and nannying jobs. I deal with kids ranging from 4 months to 14 years old on a daily basis.

In the two years of working for this company, I’ve seen all sorts of kids whose parents all seem to have a different idea of the “right way to raise a child.”

I was once babysitting an 8-year-old boy, and before his mom left the house, she said, “Now he can only play his video games for three hours tonight. I know that seems like a lot of time, but it’s a lot less than the eight hours he usually plays.”

My head literally exploded at the thought of playing a video game for eight hours.

One time, I was babysitting a family with three children who all had iPhones. The youngest was 6, and the oldest was 10. Hearing a 6-year-old say to an 8-year-old, “Text me that picture” was just weird. Besides, what were they going to do with it, post it to Instagram?

A couple of weeks ago, I was babysitting a 7-year-old girl and her 9-year-old brother. Next thing I know, the brother had pulled up a YouTube video on his iPad, and they were watching a cartoon of a singing shark.

I thought it was funny and laughed along, until I realized that the shark was singing about smoking weed.

By looking in their eyes, I could tell that neither of them had a clue what “marijuana, pot, herb, dope and ganja” were, but it didn’t matter.

I quickly realized that by giving a child an iPad or iPhone with full access to the Internet, you’re allowing him or her to view and look at things you probably don’t want him or her to see.

I nanny for a 3-year-old, and she already knows how to take selfies with an iPhone.

Technology takes up so much of our everyday lives now that it seems irreplaceable. I’ll be the first person to admit I’m addicted to my iPhone. But what does this addiction mean for the future of our children?

There are some incredibly educational children’s TV shows, but that doesn’t mean it’s healthy for a child to sit in front of a TV all day.

There are about a million creative games kids can play on their iPads. But, even though coloring on an iPad would technically still be considered as being “creative,” it's still different than coloring with paper and crayons.

iPads are great for entertaining children. But what do you do when a child has a friend over to “play” after school, and instead of “playing,” they both just sit on the couch on their iPad or watching TV?

There could still be creativity in what they are watching or doing, but they aren’t learning any kind of social skills. They’re absorbed in their own technology, and not each other.

Kids who only want to play video games, watch TV or play on their iPads are undoubtedly less active than kids who go outside or play actual games with other human beings in their play room.

I’m not a parent, so no, I don’t know what it’s like to have a child full-time. But all of my experience with other people's kids has taught me a hell of a lot about parenting.

There’s no doubt technology is here to stay, but like most things in life, kids need only a healthy dosage of it. Just like it’s unhealthy to eat too much, to eat too little, to work out too much or to not workout enough, there are lines that technology use needs to stay between.

In reality, it doesn’t really matter what age parents give their children access to TV, iPads, iPhones or video games. What does matter, though, is how much parents monitor their children with these electronics.

No kid should ever spend eight hours playing video games. No kid should play on an iPad at dinner instead of engaging in a conversation with his or her family.

Our jobs as parents are to teach our kids as much about the world as possible. It's our responsibility to engage our kids in hands-on activities, to teach them to be conversational with other people and to be creative and use their imaginations.

Everything in life should be taken in moderation. There's no doubt that when I'm a parent, my kids won't use their phones at the dinner table, and they won't sit inside watching TV when the weather is perfectly sunny outside.

They'll know what it's like to go camping and to go places in the world where cell phones don't work. They'll learn how to make arts and crafts out of real paper, glue and markers instead of fake ones on iPads.

As a parent, I won't use the excuse that entertaining my children with TV shows and video games is easier than having to entertain them myself.