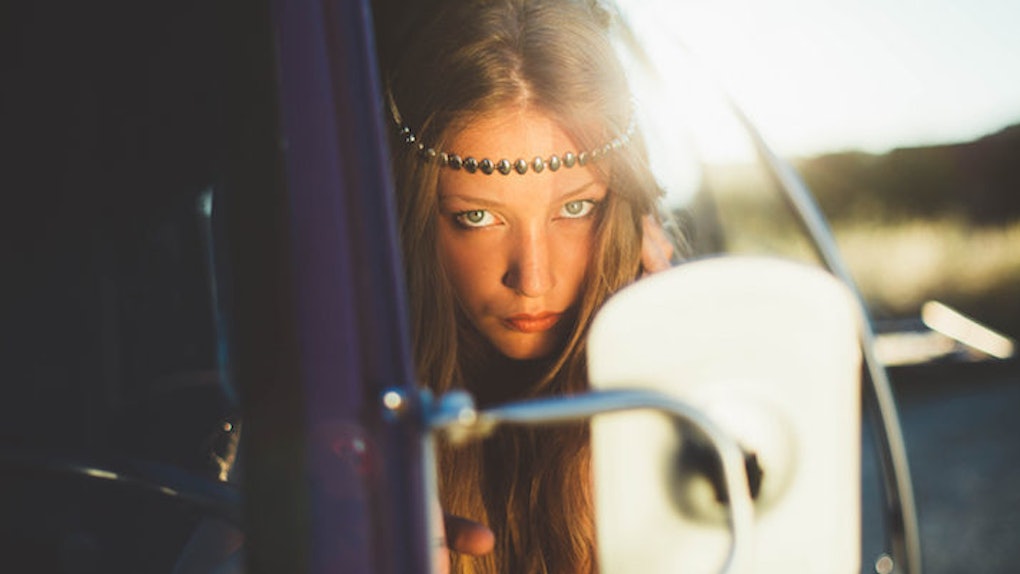 9 Reasons Why A Girl With A Unique Name Is A Stronger, Better Person

My parents were part hippie, part ridiculous and a lot eccentric.

It was no real surprise they named all of their daughters odd, difficult-to-say, hard-to-spell names.

Certainly not your run-of-the-mill nomenclature.

When I was growing up, I hated my name. I couldn’t understand why all of my friends were named Sally, Mary or Jane and I was stuck with a name that was complicated. I stuck out like a sore thumb when all I wanted to do was fit in.

I was furious at my parents for giving me a name that was traditionally masculine. It was a boy's name. I was the girl with the boy's name.

Garrison. Couldn’t I have just been Grace without the Garrison?

Though I definitely had to kick a few butts on the playground when I was made fun of, eventually I really grew into my name. In fact, I started to really like it. I feel like it makes me badass. It makes me different.

“My name is Garrison. Yeah. Garrison.” I own it, and I revel in the power it gives me. I might still go by Gigi, but Garrison is my secret weapon.

Having a strange name isn’t a burden; it’s a badge of honor. It gives the holder a leg up in life. It adds spice to everything you do.

The weirdest names build the toughest people. I have every intention of giving my daughters interesting, anything-but-cookie-cutter names, and I think everyone should do the same. There are enough Megans, Janes and Annas in this world.

Unique names stick in the mind like sap slowly dripping down the bark of a tree. They leave a taste in your mouth and hang in the air.

Boring names are for boring people. A woman should be anything but boring. Shake it up!

A great name gives birth to a distinctive personality. No one named Xena or Persephone was ever labeled bland. A girl with an unusual name automatically stands out.

While she might resent this fact when she’s a little girl, she’ll be forced to embrace her individuality and live up to her name.

Her name is an accessory

A girl with a difficult name can wear it the same way a woman wears a fabulous pair of earrings. It sticks to her like a perfume.

She can flaunt it or downplay it, but it is still uniquely hers and a direct reflection of her style. If she uses it to her advantage, she will always get ahead in life.

Her name has mighty weight

Anyone who says her name will have to hold the weight of that name in his or her mouth. It’s heavy and thick. It has a power to it. It feels like velvet while other names feel like silk.

She has a thick skin

Any woman with a difficult name ends up very thick-skinned because she’s had to cope with that name from a young age.

She was likely teased and made fun of. Instead of becoming downtrodden, she embraced her individuality.

People who say something rude about a strange name are just jealous they got stuck with something mediocre and boring. The joke is definitely on them.

She will always be remembered

She has no problem standing out from the herd. She’s completely unique in a crowded room of endless sameness.

Anyone who meets her will automatically recall who she is any time her name is mentioned thereafter. She isn’t a woman who is forgotten because her name is a natural memory jogger.

Her name implies she has a story

People will always ask questions about her name. They want to know how she got it, what it means and how you pronounce it.

She has a history without needing a past, though she definitely has one. She will automatically become the center of all conversation. She learns to bask in the limelight instead of despising it.

She is cool without even trying

Let’s get real: A cool chick with a cool name is really, really cool. Think about Penny Lane in “Almost Famous.” She took on that name as a part of her character, and because of it, she was instantly the most awesome person anywhere she went.

A woman with an interesting name doesn’t need to put effort into her appeal. She just has appeal.

The most fearless woman has a name that is as vibrant as she is. She isn’t afraid because she had to get out there and prove herself from the very beginning. She lives a world where she has made her mark.

She is unapologetically herself. She’s the kind of woman who is the first to try everything without a moment’s hesitation. Her special name gives way to all kinds of interesting experiences. Nothing could hold her down.

Strength is built from a solid foundation

Johnny Cash once famously sang about a boy named Sue. Cash said that his odd name is what gave Sue his strength. The same is true about all people with difficult, unusual, interesting names. From the start, he or she had something solid to construct his or her life.

A woman with a difficult name is standing on something concrete in a world of chaos. In a society that wants to tear her down, she builds herself up.

The most compelling of narratives are written when the protagonist has a fantastic name. It’s the perfect place to start.