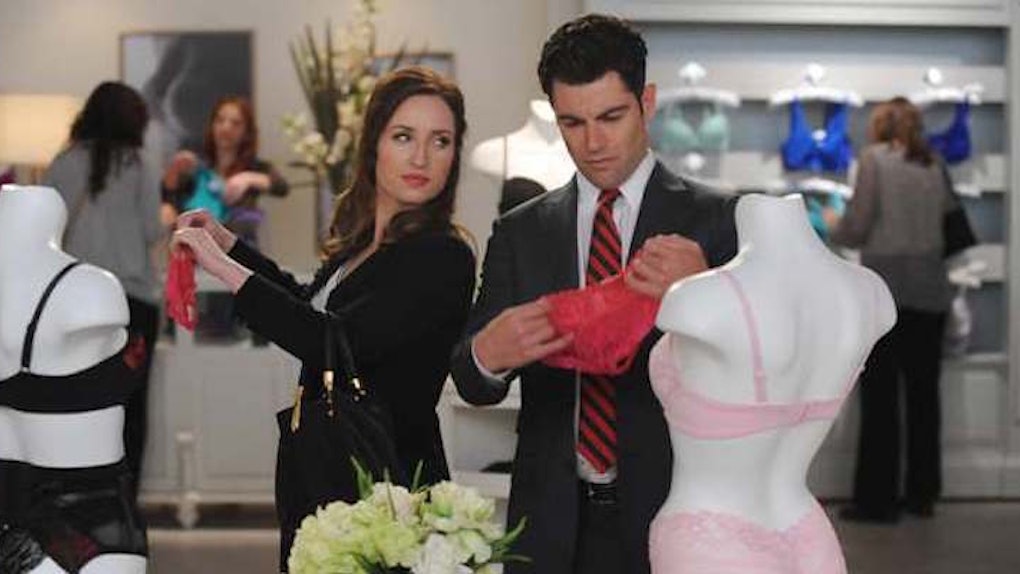 I should probably clarify that headline a bit to make sure no one gets the wrong idea:

1. This was a business transaction between mature, consenting adults.

2. I sent this woman a polite introduction and proposed an hourly rate for her services after I found her online.

3. I design software for a living.

Now that you know nothing sketchy happened, I'll go on.

A few years ago, I was asked to design a complicated new feature for my company's software platform. Our executive team was gung-ho about it, but I had very little time to research how it should work or even whether our customers wanted it.

And I didn't have any relevant contacts I could tap for feedback and ideas. Red flags abounded.

Our current users weren't the right audience, so they couldn't help much. I went to a conference hoping to get some feedback.

Instead, I spent $1,500 — and a few days of my life — learning nothing and accidentally giving myself a black eye on a car door in San Francisco. (That probably didn't help my networking attempts either.)

I was speeding toward a brick wall, so out of desperation, I started cold-emailing strangers I found on social networks who had relevant experience to see if they would talk to me. Finally, something worked.

I asked people for an hour or two of their time to talk about exactly what I wanted to know about how they did their jobs, the tools they used and so on. Market research, in other words.

In return, I paid them an hourly rate between $100 and $200 per hour for their time. How novel! Everyone wins.

And yes, one of those people I paid for information was a woman who worked for a well-known lingerie company whose name rhymes with "Nictoria's Necret."

I know what you're thinking: Why talk about lingerie when you can talk about software? Business software is not only sexier, but also it obviously brings more joy to people.

But I managed to not get too bored while this woman explained to me the myriad technologies that undergird (no pun intended) the marketing and selling of lingerie and related products. That's across catalog, brick and mortar and online channels, mind you. It's a big operation.

This woman wasn't a software expert, but she was an expert at her job, which was what I needed. Once you understand what's hard about someone's job, you can design something to make their life better.

Once you understand what's hard about someone's job, you can design something to make their life better.

Among other things, it became clear to me she didn't need the product we were about to build, but there were other things she would love to have instead.

It sounds simple, but it's amazing how often companies skip this step of asking people if some new product actually solves a problem for them. More on that in a moment.

After a series of conversations like this one corroborated this woman's feedback, we shelved the planned feature and replaced it with a simpler one we felt would succeed.

A couple thousand bucks in market research probably saved us hundreds of thousands of dollars, if not more, and months of time. And the fact we built something people actually wanted to buy was, you know, good too.

But the story didn't end there for me.

I imagine every business can be traced back to a moment of inspiration, and I'd just had one.

The feedback I got from the people I recruited was great, but it took me forever to find people who were willing to talk and were capable of helping me see the path to a better product. I spent seemingly endless hours searching for people, reaching out to them, waiting for replies... it was a full-time job.

It's one of the reasons why product designers don't do this kind of research enough.

It seemed that if I could help other people in my position get feedback like I had but do it a lot more easily, there could be a business there. And so, UserMuse was born.

Because if there's one thing the last 10 years have shown us, it's that whatever it is you do, someone is out there trying to build an app to help you.

Whatever it is you do, someone is out there trying to build an app to help you.

So, if you're thinking about entrepreneurship but don't know where to start, remember one thing: For all the sophistry and theory, businesses exist to solve problems.

When you spot a problem, validate it and ask if there's a market in solving it. Don't worry about anything else until after you've done that one thing.

And be prepared for inspiration to come when you least expect it.