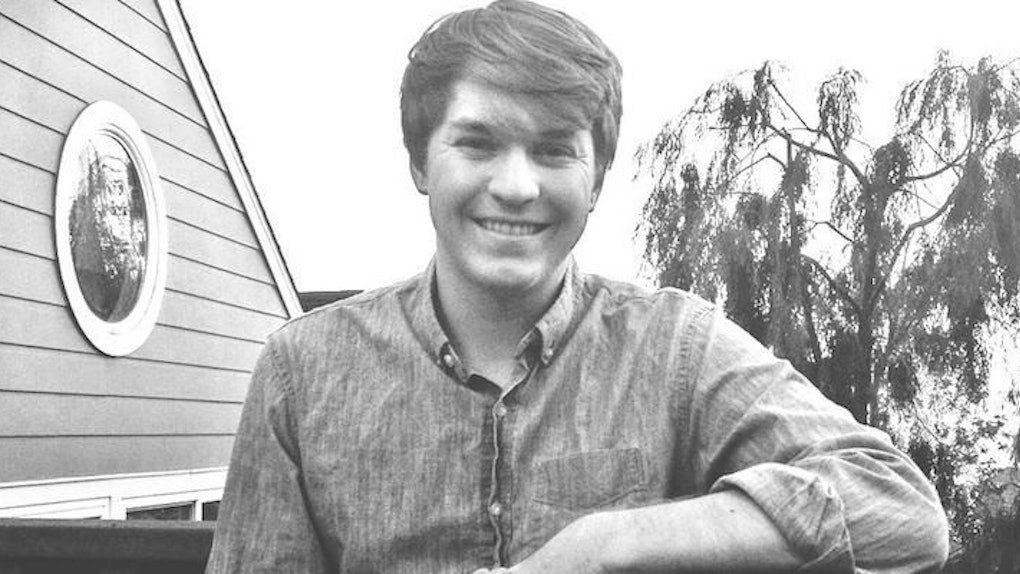 Plant The Seed: Why Trial And Error Is Key To Discovering Your Passion

On my 19th birthday, I was not a happy person. If I were to sit down and take stock of my life (not something I would have done at the time), this is what I would have found:

I was just finishing up my freshman year at college; my GPA was hovering below a 3.0.

I smoked, ate mostly junk and never exercised. I was on the debate team, towards the bottom of the pack. I desperately wanted to distinguish myself at *something.* I didn’t have a strong group of friends. I had no real clue what I wanted to do with my life.

I wasn’t depressed, but I definitely wasn’t happy.

So I started seeing a therapist, who had to listen to me rambling about my “existential anxiety.” It was something I read about in philosophy class about life having no meaning, but, if I’m being honest with myself, I have to admit I had no actual experience of it. I just wanted to seem smart.

I thought I wanted to be a philosophy professor, but I didn’t know what that meant. I just liked the idea of wearing a grim expression on my face and walking around, looking like I was deep in thought, puffing on a clove cigarette.

I tried on vegetarianism the same way people try on new clothes. I got glasses, but I didn’t really need them. I think my prescription was the weakest one possible.

Looking back, I’m embarrassed to admit it, but I think I see what was actually going on: I was so busy convincing everyone of how smart I was, I never took the time to genuinely think about anything.

I was planting a lot of seeds (music, debate, vegetarianism, etc.) that could have sprouted into genuine passion, but nothing was happening.

When sophomore year rolled around, something started to change: the real me; the me who's more concerned with substance than appearance; the me I’d been desperately afraid to reveal since middle school. Well, he started to wake up again.

There were probably a lot of factors at play that I’ll never fully understand, but if I had to pin it down to just one thing, I think it was a book we read in class about the early life of Cyrus the Great (the founder of the Persian Empire).

The book isn’t historically accurate, but that’s not the point. It was written by a Greek philosopher named Xenophon who wanted to write a “political romance” about the education of an ideal ruler.

Basically, it’s a story of a Persian kid who grew up to become the founder of the world’s biggest empire.

In Xenophon’s version of history, Cyrus gets there by cultivating virtue, character and justice. The whole book is one big argument in favor of the “just-world hypothesis” — the idea that good behavior is rewarded and unethical behavior is punished.

I’m not sure if the world really works that way, but something about this book stuck with me; it shuffled around my values and goals. For the first time, I wanted to do something meaningful, rather than just appear smarter than everyone.

A lot of changes happened over the next couple years: I quit debate. I stopped wearing the glasses. I started eating meat again. I started being nice to people. I quit smoking. I met some of my first genuine friends.

Don’t get me wrong; I was still insecure, desperately wanting people to respect me, and had no clue what I wanted to do with my life. But I think the forced function of actually wanting to do something meaningful rather than just seem smarter than everyone made me give up a lot of the bullsh*t I was wrapped up in.

I simply couldn’t afford to be an aloof assh*le anymore.

As a former debater, I thought naturally I’d go into law or public policy. So, with the help of my parents, I got an internship in Washington, DC with a Congressman from back home. I was hoping to get an insider’s view into how government and politics really works.

Boy was I wrong.

After a couple weeks, I started to realize walking around Capitol Hill in a suit wasn’t really making me happy. Sure, I got to tell people I worked in DC, and that makes me seem important, but what was I actually working on? Did I enjoy that? Not really.

Again, I was planting seeds, but nothing was happening.

When I finished my internship in DC and got back to school, two things really started to click for me. First, I wrote an essay that got published on a blog. (Thank you, Lauren Silverman from Gen-Y Michigan, wherever you are!) Second, I learned to code and built my first functioning website.

For the first time, I felt like I was actually using my whole brain. This was completely different from school or my internships. I wasn’t bored and barely scraping by, and I wasn’t thinking about how smart this would make me look; I was just happy to be making something I was excited about.

I loved the idea that, even with my limited life experience, I could write things people would actually find valuable. Same thing goes with coding: I could make products and services people could use and love.

Finally, I planted a seed, and it was actually growing! Something was working. Fast-forward several years, and here I am: still making software and writing essays.

Obviously, I also still have an ego and I love it when people think I’m special and smart, but I’ve learned to tell the difference between genuine passion and egotistical insecurity.

Genuine passion is the thing you want to do even if no one else will ever know or care. It’s what you do on Sunday morning when you’re feeling energized; you’ve just had your coffee, and you can spend your day however you like. It’s what puts you in Flow.

It’s when you do things for how they seem rather than how they feel. It’s fear.

You might be reading this and thinking it’s really nice I found my passion and became a better person, but you don’t know what your passion is yet, so what should you do? How does this help you?

Some people will tell you just to keep looking and you’ll know when you find it, but I don’t think that’s true. It’s like telling someone to randomly toss a bunch of seeds on the ground to see which one grows into a plant without actually making sure they get enough light and water.

Looking back, I don’t think there’s anything in my DNA that pre-determined me to gravitate toward writing or coding. Those species of seeds weren’t tied to my destiny. I could have become passionate about lots of things.

Here’s what really happened: I discovered writing and coding around the same time I developed the mindset necessary to turn those seeds into plants.

In other words, the true key to finding my passion wasn’t external (finding the right seed); it was something happening inside me that made me care less about seeming smart and more about doing something meaningful (taking action that would enable the seed to grow).

Because of this change, I started to approach my work differently.

I stopped thinking about myself and started thinking about solving problems and making things. I started working on problems I could contribute to in a meaningful way, even if they didn’t seem very important to other people. I stopped pretending like I knew things I didn’t.

As a result, I started getting better, and I stopped worrying as much about things outside my control.

So, here’s my parting advice for you: If you’re not sure what you want to do, don’t just look for it outside yourself. You should also cultivate the right mindset inside yourself.

Don’t worry about how an opportunity makes you seem, and don’t take a job just because it’s thematically linked to something you find cool.

Instead, do this: Find something to work on that you can meaningfully contribute to, something you think is worthwhile, even if no one else cares.

Then get really f*cking good at it.