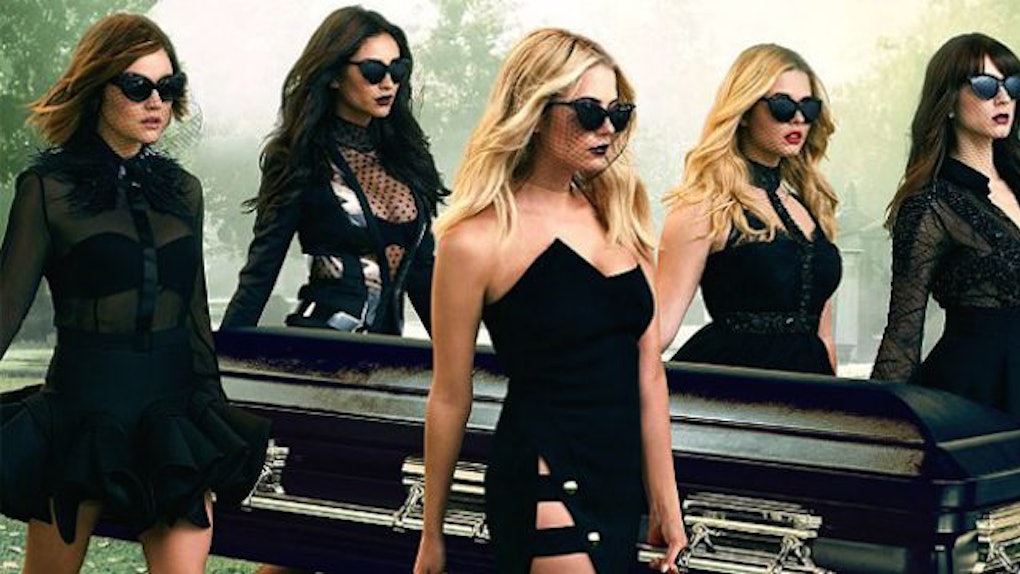 Sometimes, saying the “wrong” thing, or the not-so-honest thing, is the right way to go in the moment.

These are the type of harmless white lies we say because someone's feelings are at stake; they're not to be mistaken with the intentional, hurtful kind of lies that cut like a knife.

Imagine if your bestie asks you to help a gal out with something Saturday night, and you instantly roll your eyes because you don't want to be bothered.

You tell her, “Oh, I have a date with that guy I told you about though, don't you remember?” In this case, you're just a bad friend and a lying snake.

That's not cool on so many levels; don't go there.

The sneaky kind of lies always have a way of getting found out, and it never ends pretty.

Take the girls in "Pretty Little Liars," for example. They know what's up when it comes to lying and secrets... in addition to their consequences.

It's the little white lies we tell that typically come with big, good intentions… and can sometimes save a friendship or relationship.

Here are eight times in life when it's actually OK for the single gal to be a pretty little liar.

1. Making an excuse to opt out of a date.

... Because you're breaking out.

2. Saying “no” to an expensive weekend trip with your fellow single gals.

... When you don't have the extra money to dish out, and don't feel like telling anyone.

3. Telling someone you'd be down to go to an EDM concert with them when they surprised you with tickets.

... Even if EDM isn't your favorite, it's such a sweet gesture. Besides, who doesn't love a free concert?

4. Telling someone you loved the dinner they made for you.

... Even if you know cooking is definitely not their forte.

5. Telling someone the gift they were so beyond excited to give you is perfect.

6. Politely telling a guy who asks you out that you're already seeing someone.

... When you're not feeling the chemistry and spark with him. He's totally not your type, and you don't want to hurt his feelings.

... Even if you were casually waiting at the bar for 15 minutes and he was late.

Don't want to start the first date off on the wrong foot!

8. When the total bae you're on a date with says, “Wow, you look incredible… is that a new dress?”

... I mean, of course it is, but you don't want to look like you're trying too hard to impress, so you find yourself saying, “Oh, this old thing, I've worn it a million times.”

Obviously, if you whip out lies left and right on the reg, that's not a good way to go about things.

But in these particular instances, a little white lie doesn't hurt the situation one bit.