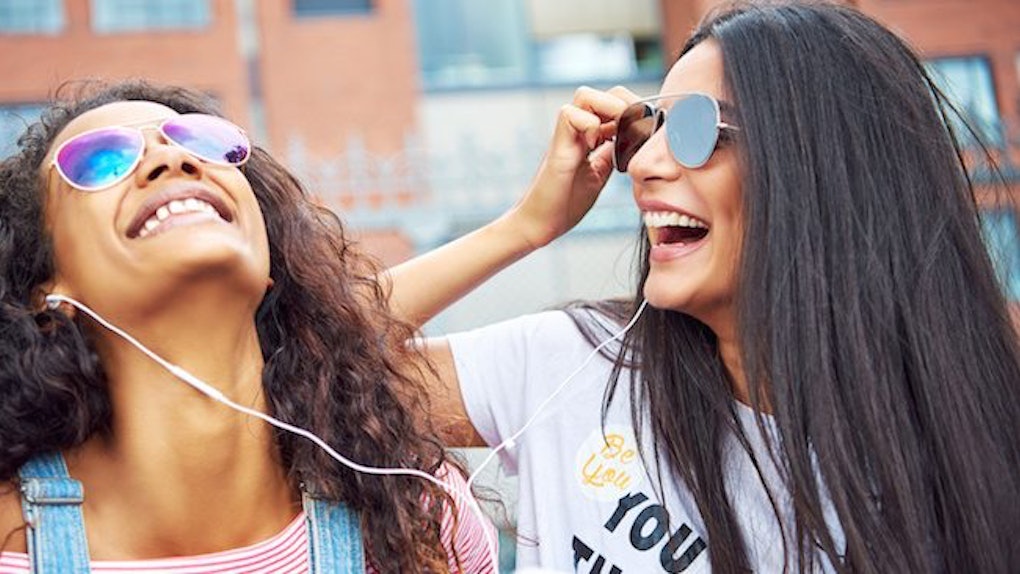 It's crazy to think just how much things change in such a short amount of time. Just a few years ago I totally thought it was OK to go out in public looking like I'd just rolled out of bed... well, I guess not that much has changed. Thankfully, though, I've left a lot of quirky trends in the past where they belong.

It's hard to believe I thought these trends were super cool, but I'm 100 percent guilty. As much as I don't want to admit it, there is photo evidence to prove that even I was a victim of these atrocious fads. In my defense, though, I totally rocked them.

I'd like to think I've grown a lot as a person since I thought these trends were the best things ever, but TBH, I'd still be down for most of these. Here are some of the things I used to think were totally hot... but are kinda not.

A smoky eye is one thing, but having more eyeliner than eye is pretty scary. Add some clumpy mascara to the mix and the ultimate high school look is complete. At the end of the night, the smudged remnants of a makeup masterpiece are a sight to see. I call it my "raccoon in a water park" look.

2. Wearing Knee-High Socks With Every Outfit

IDEK where this trend came from, but suddenly I owned about 20 pairs of knee-high socks. Some of them were cute, some were more athletic, but all were worn with the most inappropriate outfits. T-shirt dresses and knee-highs are cute in theory, but hard to execute.

3. Holding "Drinks" In Your Pics Because You're That Cool

Those champagne glasses were totally just filled with sparkling cider, because #under21problems. Just look at you all grown up and having mocktails with the adults. Your Insta followers are totally jealous.

5. Writing Reminders All Over Your Hands

It was great to have your own notepad on the back of your hand wherever you went, but we now have phones to take those reminders down for us. In a pinch, it's totally fine, but as a young adult there are much better uses for your hands than as a drawing board. Now it just looks like you're too young to get a tattoo when you have your favorite song lyrics scribbled down on your arm.

Sometimes nothing quite expresses how you're feeling like Fall Out Boy lyrics, and that's OK. We've all been there. I'll take cryptic lyrics over a paragraph of hashtags any day.

7. Looking Moody AF In All Of Your Selfies

I don't know why this was a thing, but a good majority of my photos from middle school until college are just me with this super moody expression on my face. Maybe it matched the insanely colored hair and thick eyeliner of my punk phase and just stuck. I'm just glad it's over with.

8. Spamming Social Media About Your "Wild Night Out"

As soon as I had my license, going out by myself was practically the equivalent of going clubbing. It felt freeing, fun, and totally scandalous, which meant everyone had to know about it. To be quite honest, I was only going to the movies, though. Crazy night out, right? And here's a major note to self: No one likes Instagram spam.

Artistic freedom extends freely into makeup. I know now that the key to makeup is balance, but high school me was not so wise. Whatever colors I wanted to wear, I wore, no matter the outfit.