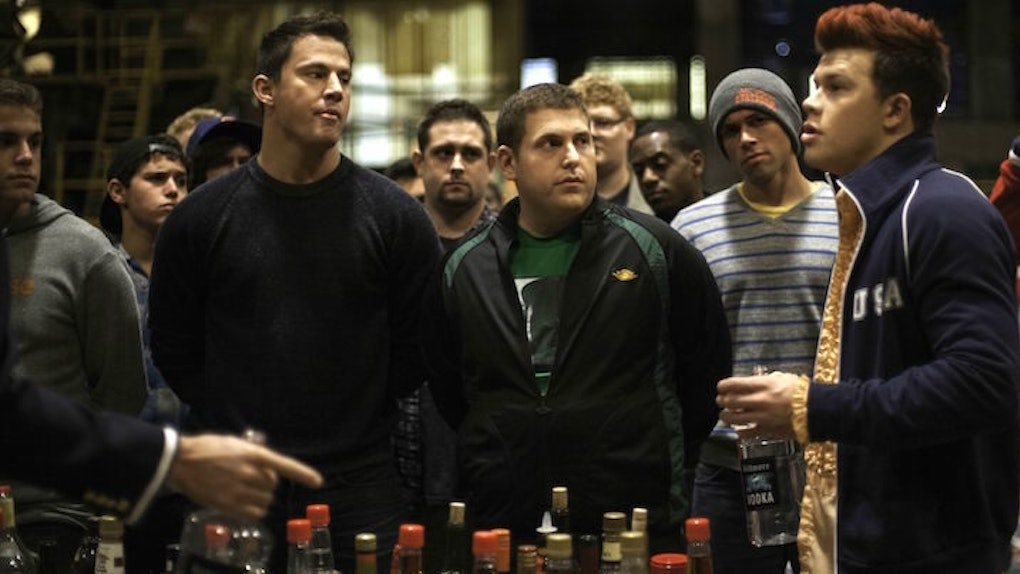 Intro To Sobriety: How You Can Survive College Without Drinking

For many students, four years away at school will feel like one big party.

"It’s college," they’ll tell you. "You’ll never be able to get these years back." So, as follows, many students choose to make the most of their time at school -- and, subsequently, get as f*cked up as possible, as often as possible.

Saturday morning tailgates, Sunday night drink specials, parties on every night of the week ending in a Y, from the moment you wake up to the moment you pass out, there will be an inherent focus on drinking -- whether you enjoy it or not.

Having said that, if you don’t necessarily enjoy throwing back the bottle, you’ll immediately find yourself in the minority of your college peers. But that doesn’t mean you have to feel like an outsider whenever your buddies choose to be social.

In my case, I’m pretty sure my taste for alcohol dwindled progressively over the course of my time spent at college. I don’t know, I guess it just sort of got old for me.

I mean, I was tossing back cheap beers for pretty much the entirety of my high school career, so by the time I made it to college, there really wasn’t any drunk antic I hadn’t seen three times over already.

By junior year of college, I had already turned 21. I suppose I just lost interest in “getting f*cked up” to the same degree I may have once enjoyed when I was younger (and it was still illegal).

And I understand that probably comes off as a little snobby, but I’ve just grown apathetic toward the whole process.

I didn’t think I was holier than thou because I didn’t really have much of a palate for beer; I simply chalked it up to humans having different interests.

I surely had enough of my own vices, but -- for whatever reason -- the thirst for liquor just wasn’t one of them. I didn’t think much of it.

But, at the same time, I lived in a f*cking fraternity house. I was constantly engulfed by the smell of dried beer and “crunch” of flattened red plastic cups on the floor -- and I wasn’t all that bothered by it.

If I wanted to crack open a few cold ones and watch Chelsea play at the weekend, I didn’t think twice.

And those nights were the ones that were always more difficult.

Not drinking at a college party is not a very easy task. When you’re the only one not doing something at any type of social gathering, it can become unsettling. For instance, if you were the only illiterate person at the book club meeting, I’m sure you could feel slightly out of place.

Being sober at a fraternity party isn’t all that different. But that doesn’t mean you can’t make it work.

If you’re not a fan of drinking at college parties, you’re probably a little more reserved than most -- and that’s fine. Maybe you’re not a fan of letting yourself get too wild, which tends happen after you decide to drink, so you prefer to sort of observe quietly from the sidelines.

If that’s your temperament, don’t try to do too much. Some people are loud and rambunctious; other people are more low key.

Confidence is all about security with your own self, so if you try to compensate for your lack of “social lubrication,” so to speak, with other aspects of your behavior -- it will likely just come off as inauthentic.

If you didn’t drink on a given night, it’s not the end of the world. Enjoy speaking to the people you came out to speak to, and focus on having a good time -- not on what’s in anybody else’s cup.

Laugh, schmooze, smile; all of these entities are still possible, regardless of how much alcohol you choose to consume.

But if you’re a little more self-conscious than most about your choice to not drink, I wouldn’t worry either. Take it from me; nobody will be overly concerned about what you’re doing or not doing in college.

In 2015, everyone will probably be too busy applying filters to their nightly Instagrams to notice your sobriety, anyway.

That said, it’s natural to be a bit apprehensive about how you carry yourself, especially in a new place such as college. But, keep in mind that there’s nothing irrational about not wanting to get completely sh*t-housed at a college party.

If you’re fearful that someone is going to look at you differently because of something as petty as “drinking,” you should probably look ahead to changing social scenes.

Use your time in college to explore adulthood, not perpetuate immature habits such as “peer pressure.” You’re in your 20s -- peers shouldn’t be able to pressure you.