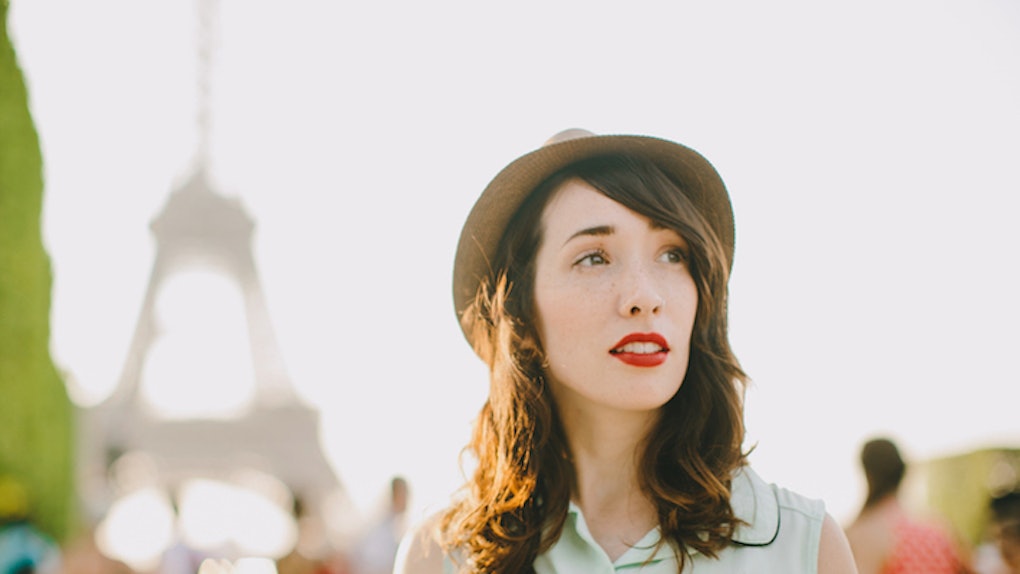 Going back to March 2010, I was all kinds of excited, sitting in my college dormitory and planning out how incredible the last seven months of 2010 would be.

At that time, I had a love affair with languages and simply wanted to immerse myself in them to the point of pure saturation. I was hoping for that magical Cinderella moment of becoming fluently multilingual. That's why I wanted to go abroad badly.

I had three months planned in Hakodate, Japan, for a language immersion program and a homestay, and then, I would spend four months studying abroad in Paris, living with a local family and taking classes at a French university.

I wasn't worried about anything else other than learning languages, and I was excited to submerge myself in the culture. As they say, you learn best by being with the locals.

At the time, I was NCAA Division III varsity swimmer, working out every single day at high-intensity levels. My diet was fine-tuned with one of the most exquisite college cafeterias, and I was getting the proper nutrients I needed to support my athletic endeavors.

I neglected to recall my freshman year, spent with debilitating orthorexia. For that entire year, my routine was to wake up, work out hard and long, eat, go to the class, eat again, do homework and go to bed. I was exhausted all the time.

And with all that as history, I thought study abroad would be different. I thought my problems would go away. Naive? Yes.

I probably should have been in therapy at the time, but I thought travel and environmental change would make my problems disappear and that I would magically have a balanced relationship with food.

Fast forward from my March excitement to the first week of June, when I landed in Tokyo with my suitcase. I was utterly dazed and confused by the sheer mass of people and completely clueless as to what anybody was saying since my Japanese was broken and minimal.

A day later, I arrived at my host family's apartment in northern Japan, shy, exhausted, confused, upset and wondering what I had gotten myself into.

That's when the red flags began.

My system was stressed. My body was emotionally and physically drained by all the change. And for two months, I would have nothing familiar to look to for comfort.

Eating healthy and exercising were my surefire ways to bring back balance, and they were simply pulled out from under me, just like that.

I was living in a culture where going out for a run and eating a salad was not at my disposal. Running was a precise operation that had to be done at the right time of day, when it wasn't sweltering outside in neighborhoods that were safe and where I wouldn't get lost.

I signed up to eat whatever meals my host parents offered for breakfast and dinner. And I didn't love it. Gone were the days of toast, coffee and a banana. I had signed up for two months of miso soup and traditional breakfast delicacies.

Lunch and snacks were from the "combini" (Japanese minimart), and anything sugary and comforting was my go-to. I was slowing falling into the beginnings of disordered eating in a way I wasn't used to. Comfort eating and comfort food numbed the shock of being in an unfamiliar place for a long period of time.

Thankfully, things weren't completely terrible. Somehow, I managed to keep my weight mostly in check and only gained a bit. Though, that was through intense amounts of daily walking to commute (and explore) in the sweltering summer heat.

I returned to the US for about a month before heading off to France and, again, was not one bit hesitant. I jumped back into a false sense of normalcy with working out, eating well and having my comfort items at my disposal.

Then, I took off for France, not worried in the slightest. But soon enough, the beginnings of my detrimental coping mechanisms in Japan were back with a vengeance and grew exponentially. I was sad, lonely and feeling desperately uprooted.

Studying abroad led me down the path of depression, deep sadness and self-loathing. However, I don't regret it, and I'm humbled by the lessons I learned.

After experiencing these struggles and learning the way out, I soon began to recognize the signs and symptoms of the way in and how to avoid what triggered me.

Once I was aware of my desperate need for self-care, I began to appreciate and work toward the balance I didn't have but that I desperately needed to implement in my life.

No, my past problems didn't just magically dissipate upon landing in an exciting, new place. However, their resurfacing proved to be a necessary challenge in both coping in healthy ways and in positively adapting to change.