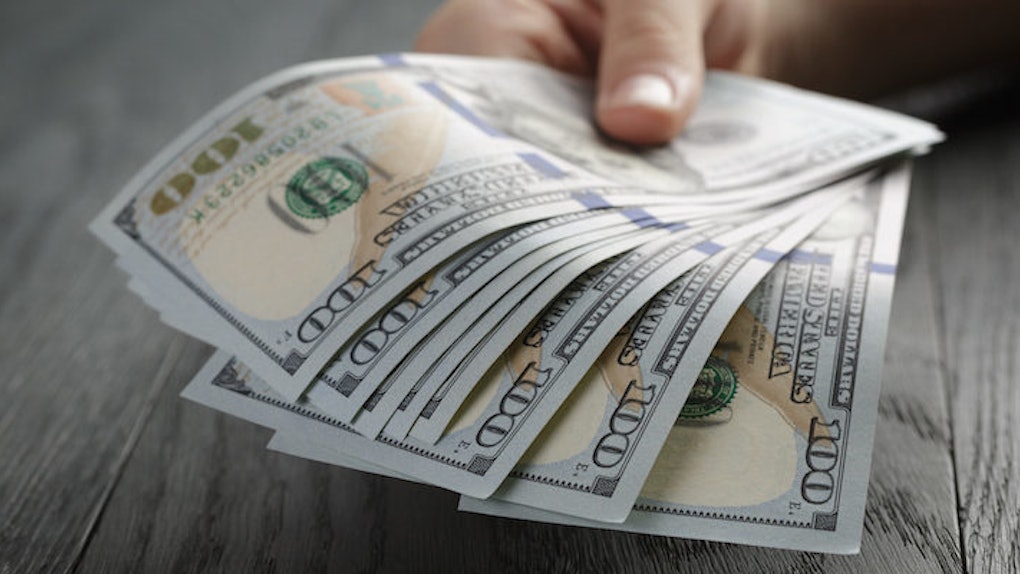 Confession: I've lied about money in a lot of social situations. I've even spent extra money just to avoid having to talk about it. I love writing about money for a living, but talking about money on a personal level has been a struggle for me.

In college, I led friends to believe I received less (and at times, more) financial support from my parents than I actually did. I claimed to earn twice as much at one internship than my real paycheck. I once split a check evenly among friends when they ordered three times more food than me.

I've also been known to “round down” the price tags of stuff I'm embarrassed to have spent extra on, including shoes, flights, groceries and taxis.

Recently, though, I've been doing better. I haven't magically become comfortable when money comes up in social settings, and I still get flustered when money enters IRL conversations. But, I have made an effort to improve my money conversation skills. I no longer pay for other people's stuff, and I rarely bend the truth.

Here's what I've learned in my quest to stop lying about money to friends:

1. It's a whole lot easier to be upfront from the beginning.

I had more disposable income in college than I did after graduation, but my friends didn't know that. It took a while for people to realize I wasn't really able to buy new clothes, get delivery most days or go on a weekend getaway, which were all things I never used to worry about. If I had been upfront about this stuff from the get-go, I could have avoided a bunch of resentment and miscommunication.

2. Being honest about money improved my social life.

I used to worry about losing my social life if I didn't spend $50 on drinks every Friday. As it turns out, now that my friends know I'd rather make dinner at home and split a bottle of wine, I've become the go-to friend for cheap fun. Since they know hanging out with me won't burn a hole in their pockets, I'm actually asked to do more of what I'm (financially) comfortable with. It's a win-win.

3. I don't have to share numbers when talking about money with friends.

There's no reason I should have to broadcast how much I spend on rent or how many loans I have. I can just say, “I'm working on repaying some debt” as explanation for my spending diet, and then move on to the next topic.

4. Some people are worse at this stuff than others.

Just how I avoid talking politics with certain friends, I try to minimize stressful money situations with some of my friends. If I know my dinner buddy always tries to split the check unevenly, I ask for separate checks instead of wrangling with him.

5. Their money choices are out of my control (and they're none of my business).

Unsolicited money advice usually comes across like telling your BFF how you really feel about her boyfriend. Most of the time? It won't change anything, except your friendship.

6. Sticking up for myself is worth it, and not just financially.

When it felt like I was convincing a friend to join me for a taxi ride or yoga class, I used to pay for both our portions. There are exceptions, but most of the time, if my friend is getting something out of the experience — like transportation or a $15 class — she should be responsible for paying her share, even if it wasn't her top choice. Being able to compromise and make joint decisions is part of a healthy relationship.

I've had friends refuse to switch conversation topics until I disclosed how much I paid in rent. I've had friends ignore my request to choose a cheaper restaurant. I've had friends weasel out of paying their share of a grocery bill, even after I insisted. Let's just say I hang out with these people a lot less than I used to, if at all.

I'm still not the best at talking about money or dealing with awkward financial situations, but I'm getting there. In the meantime, I've enjoyed paying my fair share of the bill, feeling secure about how I discuss my finances and focusing on friends who support my choices.

But my favorite part? My friends now come to me excited about their 401(k) match, or how well they negotiated a raise. They feel comfortable talking with me, and we can both celebrate their successes.