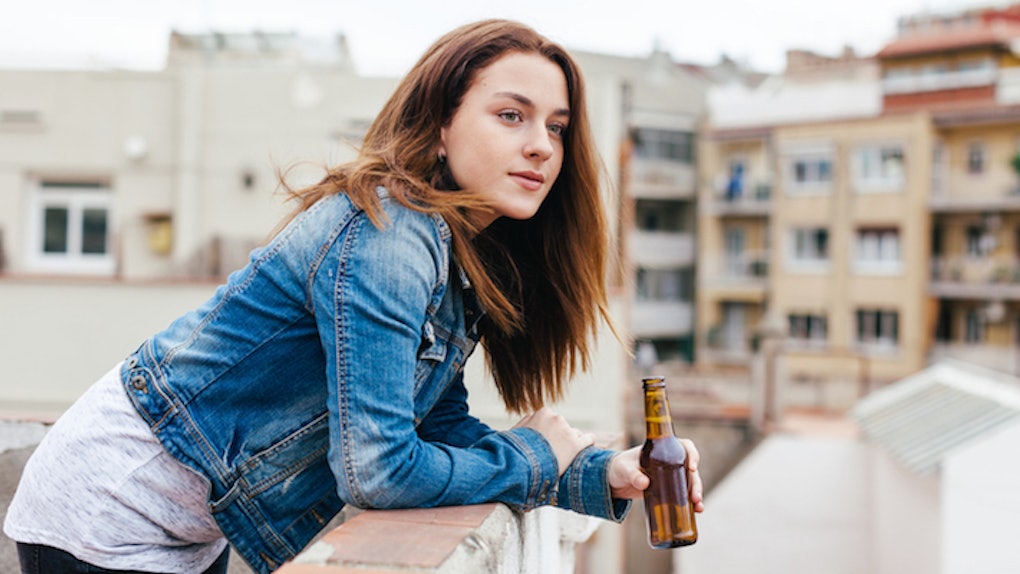 I Stopped Drinking For 4 Months To Make My Relationships Stronger

I used to be that person who either didn't drink at all or got totally blackout drunk.

There was no middle ground. And like most people, too much alcohol led to some pretty questionable decisions.

I committed to a break from alcohol for an indefinite amount of time when I realized my drinking was negatively affecting my friendships.

At the end of the day, friendship means more than beer.

Whether he was joking or not, she didn't take it well. She confronted me the next day on the phone and we got in a huge fight. We didn't talk for a few weeks after. From there, it took some time for our friendship to recover.

This wasn't the first time my friends called me out on my shitty drunk behavior at parties. I was a selfish drunk. I didn't think about how my actions would affect anyone but myself.

I'm not blaming alcohol for making me a bad friend, but I couldn't ignore that my drunken behavior led to fights. And at the end of the day, friendship means more than beer.

So, I decided to see what happened if I stopped drinking.

When I stopped, I didn't tell myself I would never drink again. I knew eventually I would come back to drinking -- when I was ready to control myself.

Quitting alcohol for that period of time cold turkey was also a huge wake-up call for how much of my life revolved around drinking.

I was in a relationship at the beginning of my break and even though he supported my drinking hiatus, my ex and I soon realized we actually didn't do much outside of trying new bars.

Once our relationship fell apart, I started spending a lot less time recovering from hangovers and more time learning about myself.

My Sunday mornings weren't spent in bed with a pillow over my face, wishing a coffee and bagel would magically appear in my kitchen. I found myself with the time and energy on weekends to get back into my hobbies, exercise and generally act more like an adult.

In the past, I used breakups as an excuse to go out, get wasted and hook up with random guys. Not this time, though. I had to deal with it head on -- without relying on the temporary company of random hookups to ease the pain.

Even though I still went to some parties, not drinking (and constantly thinking about it) made it much more exhausting. It simply wasn't enjoyable. So I would stay for an hour just to show my face before leaving.

But I hung out with my friends and did other activities completely unrelated to alcohol, like going to the movies or shopping. And you know what? Hanging out with them outside of a bar, where you can barely hear each other talk, proved to be a lot better anyway.

I was able to reconnect with them on a different level.

I don't exactly love having frequent, deep, emotional conversations, but I tried to let my friends in a little more. A few weeks after I decided to take a break, I gave them a chance to tell me how they felt about my drinking habits.

They said they couldn't enjoy going out with me because I would quickly get drunk and spend the rest of the night hitting on guys. That's not exactly great friend behavior, I know.

When we invite you out, we want to spend time with you. Not keep an eye on you while you get drunk.

I had no idea they felt this way.

Understandably, confrontation is difficult. Especially if whenever you spend time with friends you're also drinking.

My gut reaction during these talks was to defend myself, but I realized that it wasn't about alcohol. It was about trust.

They were losing trust in me because I consistently chose getting wasted over our friendships. I'm glad I recognized something needed to change before it got too late.

After exactly four months, I found myself on a date in a forgettable sports bar with a guy I met online, drinking a beer.

When he suggested "drinks" I just went with it. It was my first date since my break up. I wanted it to go well.

Even after the first few minutes of talking to him, I could tell he wasn't a big drinker himself. He even said so, after I told him I hadn't had a drink in a while.

For some reason, this was a sign of maturity to me. And as my priorities had recently shifted, maturity was hot.

Even though this guy, now my current boyfriend, was basically a (very handsome) stranger, I felt comfortable. I felt safe.

We sat there for three hours, taking our time sipping on two beers each.

I honestly think the date would have gone the same even if we were just sitting in a park. It might seem obvious to most, but I realized you can't have a good conversation when you're blackout drunk.

Luckily, I didn't lose any good friends during the break.

If anything, I was able to cleanse my social life. It made me see which of my friends were also moving forward and away from college kid behavior. Those were the relationships I was most interested in keeping.

Now I can drink and enjoy parties with friends without worrying about what I might do while under the influence. I'm not 100 percent sure what was pressuring me to drink so much before.

Maybe it was my friends, my environment or my own social anxiety, but addressing it head on was a necessary step forward in adulthood.