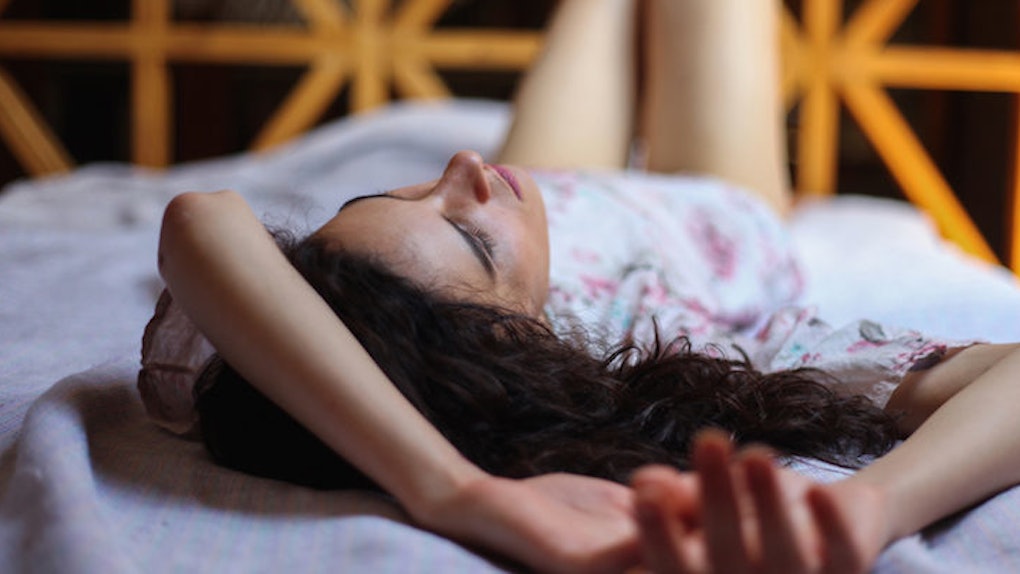 Every now and then, I like to spend my Friday night at home.

Call me a homebody, but spending my Friday night on my couch is extremely fulfilling. I’m serious.

After a long week of work and not getting enough sleep, I leave the office and go straight to the gym.

It’s empty. I have all the machines and equipment to myself, which leads to a pretty intense workout.

I let out all my stress from the long week I had, and even slip into the sauna to relax after I finish.

High off of endorphins, my walk home is peaceful. When I get home, I plop myself on the couch, order some food and put on "Mean Girls." I fall asleep at around 11:30 and feel amazing.

I wake up the next morning bright and early, feeling refreshed and ready to take on the day.

My anecdote aside, there are plenty of reasons to take a night in every once in a while.

Next time your party animal friends are pressuring you to come out, show them the following reasons staying in can be so much better.

You get to sleep.

As Mic notes, staying in is ultimately a better health decision for your body. Millennials actually sleep a lot less and poorly compared to older adults, according to the American Psychological Association.

In fact, Millennials are the most sleepless generation, with only 29 percent reporting sufficient sleep.

A night out means coming home at 2 or 3 am, after already waking up at 6 or 7 am for a Friday workday.

That’s 20 hours without sleep, Mic points out, after an entire week of probably getting less than the recommended eight hours

Moreover, alcohol only diminishes sleep quality. While it may seem easy to fall asleep right away after a night of drinking, you aren’t necessarily getting the most restful sleep.

WedMd even gathered 27 different studies on the matter and came to the same conclusion.

It designates a time for relaxation and more importantly, alone time.

Most of your week is often a parade of tasks, meetings, classes and constantly being around people, while solitude is often underrated.

However, it gives time for your brain to unwind and for you to discover more about yourself, experts say.

The Boston Globe highlights one study conducted by Harvard University that found people form more lasting memories if they are experiencing something alone.

Another study found solitude is a positive state that can ignite feelings of freedom, creativity, intimacy and spirituality.

Some studies have even found that alone time can ward off depression in adolescents, and one linked solitude to improved concentration.

In addition, you’re likely to be more stressed and less relaxed if you’re not getting enough sleep, which as we’ve noted, is likely the case if you spend your Friday night out at the bars.

When you have a lack of sleep you have a stress reaction, you have increased cortisol levels in your body.

You finally have time for the gym...

Working out is proved to release feel-good endorphins in your brain, and works as a great stress-reliever after a long day or week at work. Definitely better than shots.

On a Friday night, you can count on the gym being empty, meaning you can get away with a lot more and try new workouts you’ve been putting off.

Also, we’ve previously reported evening workouts tend to be more intense due to your body naturally having more energy and being more flexible in the evening.

Moreover, your lungs are at optimal capacity, and protein synthesis is at a high.

...or have time to try something else you’ve been putting off.

Exercise isn’t the only productive thing you can squeeze in.

Maybe you’ve been putting off reading a new book, trying out painting, trying out a new recipe or even catching up on all the TV shows you missed during the course of the week. Your options are limitless.

You can spend some quality, quiet time with your SO.

Going out every Friday doesn’t mean you can have private, candid conversations with your significant other; conversations either can’t be heard over music, or are illegible in the form of drunk texts.

After long workdays, a relationship can benefit from quality time spent together.

A family studies professor tells the Southeast Missourian that couples run the risk of drifting apart if they don’t spend enough quality time together.

So, don’t be afraid to have a chill night in. Cook dinner for each other at home, cuddle, watch movies and get intimate.

You save a ton of money.

From the cabs, drinks, cover charges, credit card minimums and drunken decisions like buying everyone a shot or buying an entire pie of pizza, going out adds up in your expenses.

According to data from Eventbrite, on average, a New Yorker spends $82 on a single night out. It’s $85 in Los Angeles, and up to $90 in Chicago.

You’re less likely to get sick.

Alcohol and lack of sleep are both proved to weaken your immune system. So paired together, it’s a recipe for disaster.

One study indicates one small instance of binge drinking can result in a significant drop in your immune system functions and slow down your recovery.

Similarly, numerous studies prove a lack of sleep makes us more vulnerable to catching colds, the flu and other viruses.

That’s because sleep releases protective proteins that can help prevent and fight viruses, according to Mayo Clinic.

More importantly, if you’re home, you’re likely snuggled up on your couch in sweats and a blanket, meaning you’re not in a crop top when it’s 20 degrees outside and are probably going to wake up with a sore throat.