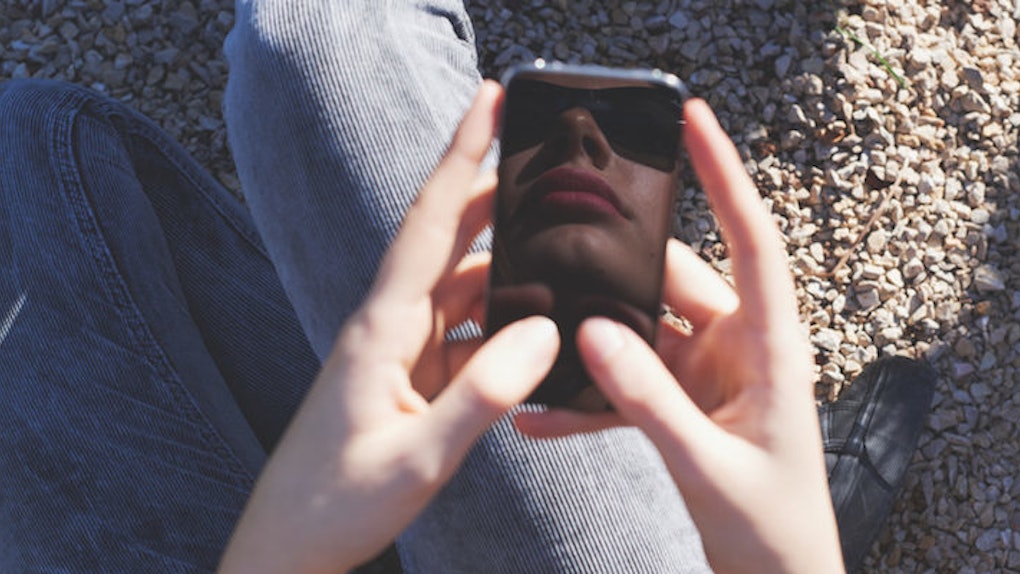 How Our Social Media Identities Are Erasing Our Real Ones

I’m 23 years old, and I write for a living. I’m a simple dude. Besides a decent iced coffee and the opportunity to gamble on a few tennis matches, it really doesn’t take much to satisfy me. I’m quiet, neurotic and shy.

For the most part, I like to keep to myself, listen to rock and roll, and maybe binge-watch a few Bob Ross painting tutorials over a spliff or two.

And @scottipippen is a social butterfly. On Twitter, I’ll go out of my way to interact with people. Whether it’s asking some "URL friend" a few baseline questions about the meal he just posted to his feed or favoriting some fashion blogger’s last 25 selfies (hoping to make a suave impression), I’m aware of the fact that my online personality is a lot less reserved than the one I maintain in real life.

But that’s never really bothered me.

Sure, there's always been a disparity between the online world and the real one. I guess I’ve always seen social media as a place to avoid the rigid structure of society, so I liked that the two worlds didn't line up precisely.

In real life, I’m Dan Scotti -- the same person I’ve always been, for good or bad, my entire life. How I appear on Twitter is a product of your perception; it isn't necessarily who I am.

It’s difficult to gauge things without the context that goes behind them. When it comes to social media, that context is usually limited. But still: If I've wanted to say something silly, social media has been the place to do it (whether or not you understand the context of my inside jokes).

At the same time, if I've ever wanted to send out a tweet that blatantly disregards punctuation and tense agreement, I wouldn’t expect anyone to hold it against me.

I graduated from college. I understand the rules of the English language. But I just don’t care about applying these rules to Twitter. That’s why it’s Twitter and not the written portion of the SAT.

Over the past few years, though, I’ve watched social media evolve, like most things do, into something much more prominent. Suddenly, social media has become more than a place for people to go to escape reality. It's become  reality.

I'm not trying to downplay the importance of social media or online personas. But we simply have to make a more distinct line between our IRL and URL lives. For instance, whenever I meet someone in person whom I have already "met" on social media, the reaction is usually something along the lines of, "Woah, this is not how I expected you at all."

Yeah, clearly, because you’ve probably been judging me based on a series of posts that must be confined to 140 characters or less, and that isn't usually the best barometer for who someone is.

At the same time, I don’t feel much pressure to present myself in a certain way on social media.

Social media is a tool for expression; it’s not supposed to be a shortcut to getting to know someone. But a lot of people see it like this. They'd rather use their online profiles to push impressions of who they want to be rather than find out who they are.

Your online profiles should be to your real selves. They can’t define you. If you find yourself spending the majority of your days attempting to uphold some impression of yourself that you created through social media, it’s time to realize that the image you’ve created for yourself is a farce.

You should never have to try too hard on social media. The things you say and the impressions you make for yourself should come naturally. Otherwise, they’re fake.

Social media has certainly evolved over the past few years. But it's become less of a platform to express ourselves and more of a soapbox for our false identities.

It’s 2015. We should be evolving, not limiting ourselves to the purview of our online identities. And we all need to focus on doing more for ourselves outside of the Internet. We need to treasure activities that won't get chronicled on Timehop -- things that aren’t even necessarily seen by other people.

The things we do when nobody is watching or scrolling through our timelines are what really build character.