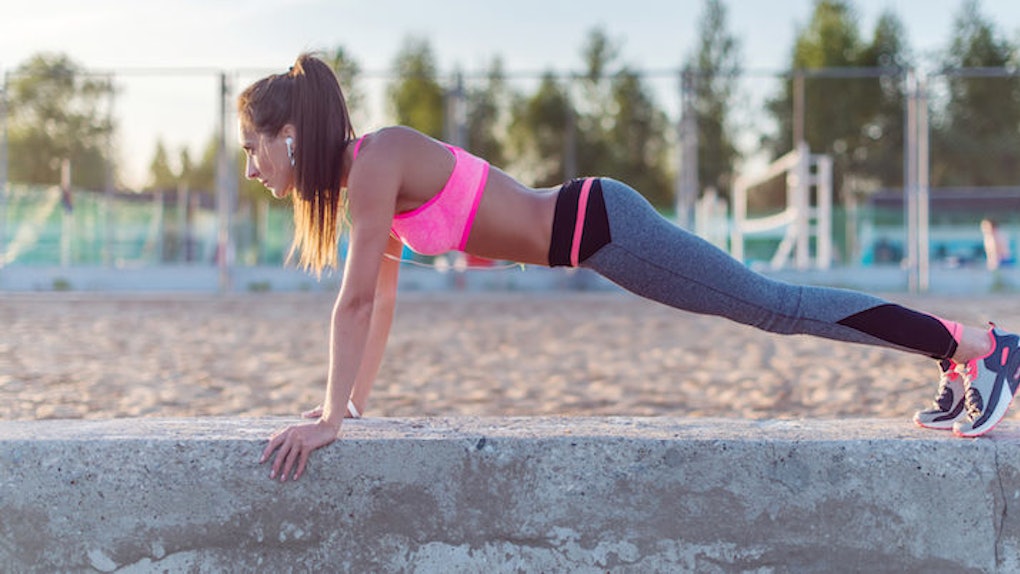 Is It Better To Eat Right Before a Workout Or Go To The Gym Hungry?

If you're a runner (or even an elliptical user), you've probably faced one of these three dilemmas.

You have a 6:30 am workout scheduled, but you want to eat breakfast because... well, you haven't eaten in like 10 hours and you're hungry.

You're planning on going on a run after work, but you haven't eaten since noon. You're starving. But isn't it bad for you to eat a ton before going on a run? It'll just slow you down (or make you barf), right?

You're trying to amp up your workouts, and you feel like a little protein would help. But you have no idea if it's a bad idea to eat before your workouts and you certainly don't know what you should eat.

If any of this sounds familiar, we're here to help!

We asked three health and nutrition experts to weigh in on this question. Here's what we found out.

Eating enough throughout the day is important.

In general, getting to the point when you're so hungry that you feel like you could eat everything in sight is never a good idea.

So aim for well-balanced, smaller meals every four hours or so. It's pretty obvious you probably don't want to eat an enormous meal before a workout, but running on a completely empty stomach can be dangerous.

Having a snack before a high-intensity workout is definitely recommended if you haven't had a meal or snack for a while. You need enough energy to get through the workout, and you risk getting injured or working below your peak abilities if you lack sufficient energy stores.

So if you're someone who likes to work out in the afternoon, make sure you don't let a busy day stop you from getting your fuel. Base your snack decision on how energetic you feel about an hour or so before it's time to work out.

And if you're all about exercising in the morning? Definitely have a snack.

If you're going to snack, think carbs and protein.

Of course, what you eat is crucial. Although carbs get a bad rap, the right kind can be great for fueling your workout.

I'm a big fan of a snack that contains both carbs and protein for your muscle functions and immediate energy needs.

We know what you're thinking: Carbs are evil! But Nutritionist Lisa Hayim of The Well Necessities has a different opinion.

I beg you to give carbohydrates another chance! They have wrongly been accused of causing 'weight gain' but are actually essential for any athlete! The American College of Sports Medicine recommends fueling with a mixture of a high carbohydrate food with a food moderate in protein and low in fat, while minimizing fiber to prevent stomach discomfort during exercise.

Some of her suggestions for pre-workout snacks include one cup of oatmeal with half a cup berries, greek yogurt with honey or two ounces of turkey with half a cup of fruit.

Although fat is in no way the enemy and the right kind is actually really good for you (hello, avocado toast), eating it before your workout probably isn't the best idea.

Fat takes a long time to digest, so it could cause you to feel nauseous as you are bouncing on the treadmill.

There's a time and place for slathering peanut butter on your toast, but doing so before your workout probably isn't the best idea.

So yeah, you should probably have a snack.

To snack or not to snack? Unless you're still fueled up and ready to go from your protein-packed lunch full of good carbs, you should probably snack -- especially if you're a morning exerciser.

As far as timing goes, Hayim recommends eating 30-45 minutes before your workout, and Mahri suggests keeping it between 200-300 calories if your workout is going to be an intense one.

If you're ready to get your pre-workout snack on, head over to Greatist for some awesome suggestions.