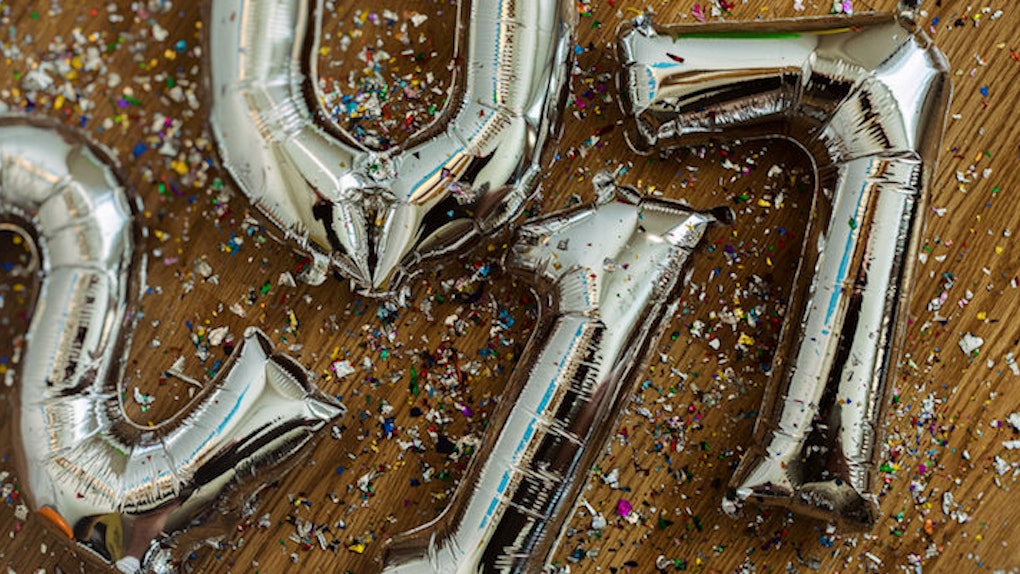 "So, what are your New Year resolutions?"  Around the end of the year, we hear this from basically everybody.

Many of us make resolutions as a way of motivating ourselves to start the year off right.

Of course, some people don't make any resolutions, claiming to not see the point. Others make maybe one or two basic ones, like losing weight or getting back in shape.

While we often hear about fitness and/or lifestyle resolutions, some people (such as myself) go overboard with their resolutions.

That's a huge list of resolutions! Not only that, but the way they're worded makes them so overwhelming. Some of them aren't even obtainable in a year.

This year, I'm taking these resolutions and making them simpler and more obtainable.

Saying that you "have to" do something is putting WAY too much pressure on yourself. It implies that if you don't accomplish something, you're not good enough.

This just isn't true. Eliminating "have to" reduces pressure and expectations.

Like saying you "have to" do something, using the word "great" is too much pressure. Simply getting something that's "good" is healthy, as it could lead to something great in the future.

Instead of hoping to "get" something, it's more productive to focus on actions. You get out what you put in. Receiving something isn't as meaningful when it's just handed to you.

And really, getting a great future is too much to think about right now. The little steps leading up to the future are what's important and relevant at this time.

While the resolution list was modified, it still looks and sounds a bit heavy, so I'm going simplify it further by breaking resolutions into monthly goals.

I'll focus on one or two goals a month and track my progress every few days.

So to make this simple, I'll make one major, overarching resolution: Try my best one day at a time.

Now, I know everyone has a different view on resolutions: how many to make, why to make them, how to word them and so on. If you make huge lists and find them doable, good for you! If you don't make resolutions because you just don't see the point, that's okay too.

Regardless of your views, I just want you all to know lists don't have to be complicated or nonexistent. One or two resolutions is enough. Effort is enough.

It's a new year. What better time to start working on your goals?